Sen. Rand Paul staked his ground on NSA surveillance techniques and the future of the Patriot Act on Wednesday when he filibustered on the Senate floor for more than 10 hours, blocking any other business.

Although the Republican House has approved a change to the Act, that would bar mass collection of phone data allowing individual surveillance only after court approval, Paul argued the improvement was not enough.

In what will almost surely become fodder for the first presidential debate with Fox News in August, Paul’s position starkly contrasts support by other GOP candidates Sens. Cruz, Rubio and Graham who have sided with McConnell. 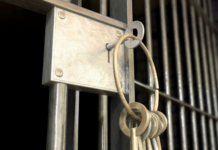