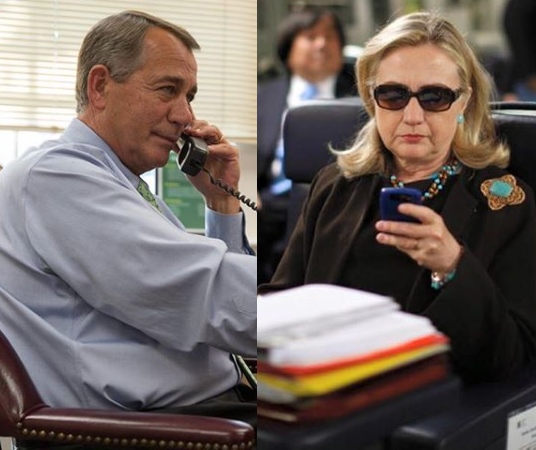 Hillary Clinton’s uncertain future ahead of her announcement for president in the next few weeks is becoming more uncertain as the scandal surrounding her personal email usage refuses to go away.

Two weeks after the story exploded on the Internet, news hit the airwaves via the Sunday talk shows that House Speaker John Boehner is expected to announce an official investigation into the scandal.

Previously there were hints by Rep. Trey Gowdy, chairman of the House Select Committee on Benghazi, that the questions over the emails would certainly become the subject of renewed focus on communication within the State Department during the attack on the American embassy.

But during Hillary’s ill-fated press conference last week, she admitted to having deleted more than 31,000 emails which she had deemed as irrelevant to State Department business. The admission created a new twist in the story which garnered further criticism over what was seen as a unilateral self-policing.

On Sunday, Hillary’s spokesman detailed that every one of the more than 60,000 emails on her personal server were read and reviewed for official versus personal content. It was determined by her attorneys that roughly half of those were personal resulting in their deletion by Clinton.

The impending investigation by the House will almost certainly cast a larger shadow of impropriety over the Clinton for President campaign before it’s even officially kicked off.