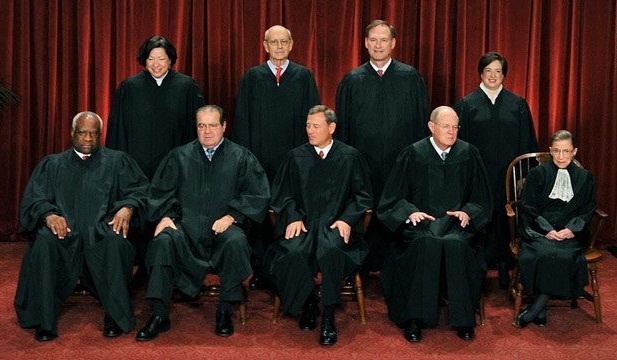 Next week the Supreme Court will hear arguments in the latest and potentially the most threatening challenge to the president’s signature executive accomplishment.

The suit brought on behalf of four plaintiffs in Virginia has risen through the courts which concerns the nature of Obamacare’s provision for health care state-based exchanges versus the federal exchange.

Specifically it argues that the law contradicts itself in practice in that the IRS has allowed for subsidies to enrollees in every state. But the language of the law specifically allows the subsidies only in the states that established their own exchanges.

Attorneys for the federal government are arguing that the language in the law was not intended to be taken literally but rather as a “term of art” and that if the law is invalidated, Obamacare enrollees in unsubsidized states will essentially have the carpet yanked out from under them, according to CNN.

An equally interesting undercurrent concerns what Chief Justice John Roberts will do once the arguments in the case have concluded. Roberts quickly became the pariah of conservatives in the previous case concerning Obamacare in which he sided with liberal justices in favor its legality.

Some speculate that Justice Roberts may likely use the occasion to redeem himself by voting to invalidate the law in hopes that the record of his tenure on the court may be seen as  balanced.