Rep. Trey Gowdy (R-SC), Chairman of the special House Committee on Benghazi, is on the war path in the new congressional session promising to continue its pursuit of the truth.

After Gowdy’s reported deal with Hillary Clinton concerning her agreement to testify again before the House, he has called on his staff to review secret audio recordings that reveal new details about Clinton’s role in the scandal.

According to a Washington Times report, the tapes reveal that Clinton pushed for the need to intervene in the Libyan civil war under false pretenses, military action that ultimately led to the events at the U.S. consulate in Benghazi.

Should the revelations prove to be a bombshell, the details along with Clinton’s eventual testimony will almost certainly have serious implications for her presidential aspirations and may even negate her current standing in the polls. 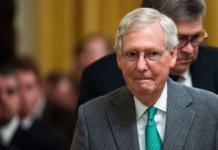