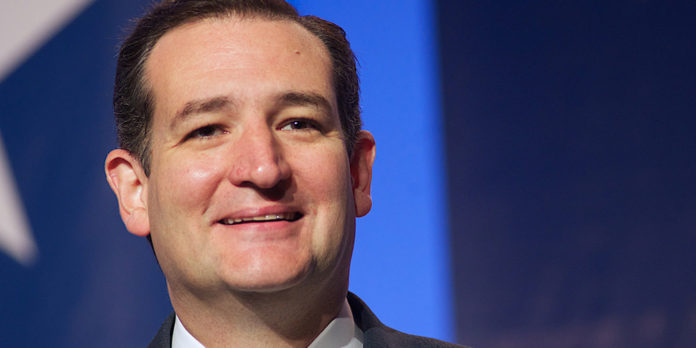 Over the weekend in Houston, Texas Sen. Ted Cruz met with Taiwan’s president. He made it clear that U.S. officials would continue to have a relationship with Taiwan’s leaders, regardless of China’s opposition.

Politico reports, “Cruz and Tsai Ing-wen discussed “our mutual opportunity to upgrade the stature of our bilateral relations” and “arms sales, diplomatic exchanges and economic relations,” according to a statement. In it, Cruz argued that “furthering economic cooperation between our two nations must be a priority.””

Cruz’s meeting follows a phone conversation President-elect Trump had with Tsai back in December. Disregarding China’s demands and the “One China” policy the U.S. agreed to in the 70’s, Trump’s call caught Washington and China’s attention. Sen. Cruz, along with other lawmakers, fully supported Trump’s actions.

Politico adds, “In his statement on Sunday, Cruz said the Chinese consulate sent lawmakers in Houston a “curious letter” requesting that they not meet with Tsai while she was in Texas and that they continue to support the “One China” policy. He rebuffed them, writing that China “needs to understand that in America we make decisions about meeting with visitors for ourselves.””