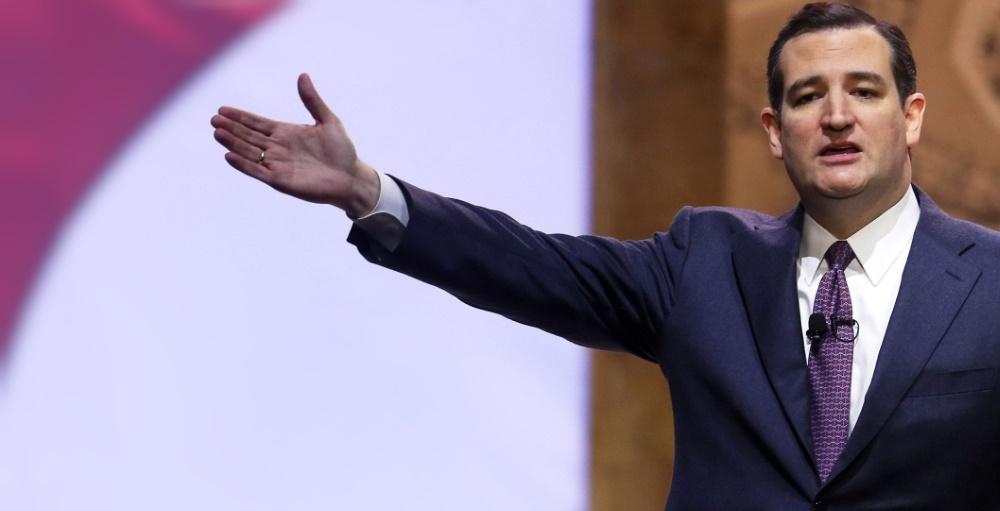 We hope you had a happy Thanksgiving.

The primaries are rapidly approaching, and Donald Trump continues to defy gravity, holding a substantial lead in national polling. Although his grip on media attention is not quite as solid as it was before, it has not died off, nor have his leads in the various polls.

There is a good reason why people are still discussing Trump — whether he is a fascist, for example, and what exactly he meant by his wild, extremely Trumpy comments about this and that and the other thing. This all comes with the territory of being the frontrunner. Trump has a hard core of support that will not be deterred by day-to-day controversies or by whether anything he asserts is true. What he has yet to prove is whether he can attract additional support.

Then again, national primary polls at this point in a cycle have not been good predictors of the winner in the past. Part of the reason for this is that there is no national primary — just ask President (or nominee) Rudy Giuliani.

There will be caucuses in Iowa in February, followed by a primary in New Hampshire. The outcomes of those two contests will likely do a lot more to determine what follows than any event ongoing or any poll being taken now.

Iowa: The fall of Ben Carson has returned Trump to the lead in Iowa, but note that he hasn’t exactly shot up in the polls as a result. It is apparent that Carson’s support is not shifting to Trump, but rather to Ted Cruz, who has quite suddenly risen into the low 20s. At last, a true contender is challenging Trump for the lead.

The more obvious reason has to do with an endorsement that is quite rare in that it actually matters. If you’re a staunch conservative living in Iowa who is especially concerned about illegal immigration, you’re probably a big fan of Rep. Steve King, a Republican (first elected in 2002) who represents a safe U.S. House seat in the state’s heavily Republican west. King is the top-dog immigration-hawk in the U.S. House — the new Tom Tancredo. (He even looks a bit like Tancredo). No one in the House is more hard-core on the issue of immigration, and King’s support for a candidate is a clear signal that this guy is okay.

King recently announced his endorsement of Cruz, who represents a more traditionally acceptable libertarian version of conservatism. This is bad news for Trump, whose chief attraction to date — really his only attraction — has been the issue of immigration.

King’s will likely be the most important endorsement by a politician in the state this cycle. No one really expected King to endorse Trump, but the fact that he endorsed another candidate instead is a signal for all immigration hawks to resist Trump’s allure for now and give this other guy a closer look. Based on Cruz’s sudden rise in the polls in Iowa, it appears that many potential caucus-goers are doing just that.

The less obvious reason Cruz is rising instead of Trump is what we hinted at last week — Trump probably has a low ceiling of support. His hard core of support remains — as it probably will until the caucuses — but when all is said and done he will likely have little potential beyond that. Those who are going to get behind him have most have done so already.

Keep in mind that caucus-going requires a level of dedication that goes beyond usual voting — you can’t just show up and do your thing, you have to show up at a specific time, listen to speeches on behalf of all of the candidates, and then cast your ballot. This is a formula that works heavily against non-traditional caucus-goers and causes poorly organized candidates to fall apart at the last moment.

For some historical perspective, here is what Iowa looked like in previous years, courtesy of RealClearPolitics:

Note that the frontrunner in each case did not end up winning. Not to say that the Iowa caucuses tend to pick the eventual winner, either, but they do have a way of weakening or eliminating eventual losers who used to be frontrunners.

New Hampshire: The story here remains more open-ended at this point. Trump holds a clear lead, and it isn’t clear yet who can top him. Even so, note that Trump scores much closer to the final percentage of the candidates who finished in second place in previous years than he does to the eventual winners.

At this point in time, Marco Rubio is the closest thing to a true challenger to Trump’s frontrunner status in the Granite State, yet he remains a small-fry — Trump has more than twice as much support at the moment. New Hampshire is probably Rubio’s best chance of catching fire and winning the nomination, just as Iowa is for Cruz. Then again, Rubio isn’t too far ahead of Cruz or the rest of the pack at this point.

At the moment, Rubio’s highest-probability potential supporters are probably being split with Jeb Bush, whose candidacy could well suffer due to revelations about the early rumors he tried to spread about Rubio. Bush’s miserable campaign has failed to get traction in this state so far, the one on which he is now basing all of his hopes.

Ben Carson’s fade is evident here as it is in Iowa, and again his support lost up to now has not been migrating to Trump. But Carson’s fall is having much less of an effect than in Iowa, just because Carson was never as big in New Hampshire. Still, the eventual winner will likely inherit what he and others currently hold.

Again, and as noted previously, Trump has likely turned off enough of the GOP electorate than he will not go much higher than his current position in the polls in the mid-20s.

Outlook: The point here is that if Trump fails to win at least one of either Iowa or New Hampshire, he will likely fall off like many a Howard Dean ’04 or Mitt Romney ’08 has-been has fallen off before him. For example, Trump has been vying with Carson for the lead in South Carolina, but the rise of Rubio and Cruz in that state, still far below him in the polls, may presage the race that emerges after the first two states have cast their votes.

In a very hypocritical sort of way, all this talk of early polls is intended to illustrate that they really matter a lot less than might first appear. They have not historically proven a winner. But of course, Trump has a way of defying pundits’ expectations and the laws taught by experience in previous election cycles.

If Trump somehow pulls this off, the mainstream of the modern conservative movement will be homeless for at least one election cycle. A Trump nomination has been the nightmare scenario for both establishment and conservative Republicans, whose main hope is to reverse the damage of the Obama years. It would signify the emergence of a rival ideology to the Reagan-style libertarian-conservative fusionism that has characterized the Republican Party since the 1980s. It would signal that Republican voters are more interested in a European-style nationalism that has always existed at the fringes, without a serious political grip in America. The fear is that this alternative to Reaganism — hostile to foreigners and trade — embodied by a candidate who is unable to apologize and as a rule uncautious in what he says, is unlikely to perform well in a general election. A Trump nomination, the conventional thinking holds, would cause great losses for conservative candidates down-ticket, perhaps wiping out all the gains of 2010 and 2014.

The Beltway crowd, social conservative activists, and the libertarian-leaning Right have all been sweating over Trump’s rise, but not enough to unite them around a serious anti-Trump strategy of any kind. It is here that Trump’s greatest opportunity emerges. But can he take advantage of the disorganization among his rivals and maintain his early lead until next summer’s convention?