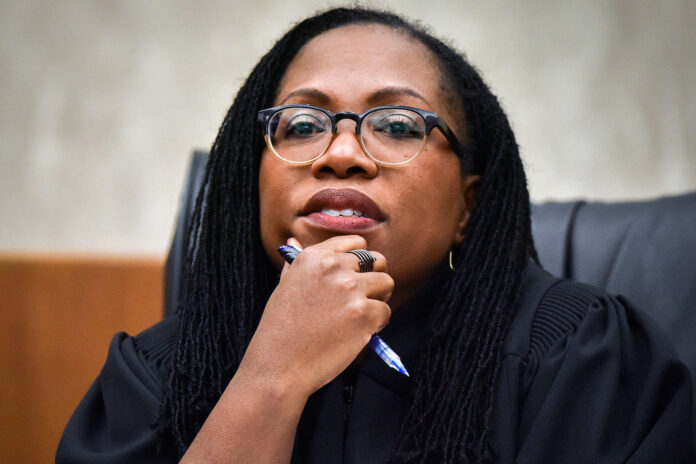 No bounce for Biden: Behind the scenes, Biden administration officials keep telling the media that something will save their bacon this year — maybe just Republicans screwing up, or maybe something more dramatic, like voters rallying around Biden because of the Russo-Ukrainian War.

Republicans still have every chance to blow it, but the latter, at least, is not happening so far. After one or two polls showing an apparent improvement, Biden’s approval numbers have taken a turn for the worse since the beginning of March. The RealClearPolitics average stands at almost its worst level for Biden since his election.

Jackson nomination: Democratic Senators have long outclassed Republicans when it comes to knife-fights over Supreme Court nominations. After all, they invented this nasty little game when they defamed and savaged Justice Clarence Thomas in 1991.

However, there has never been much evidence that their voter base especially values or relishes such fights the way conservative voters do. Whereas the Brett Kavanaugh fight was a galvanizing moment for the Right that probably added two or three Senate seats to the GOP column in 2018, one cannot point to a confirmation fight from either side that really got rank-and-file Democrats excited. No one has made the suggestion (laughable as it would be) that Justice Amy Coney Barrett’s nomination in late 2020 decided the outcome of that year’s presidential race. Given her bulletproof career record, even Senate Democrats were forced to wince and accept it with a shrug — compared to the anger among hard-core activists, the actual senators who questioned her barely put up a fight.

So what to expect in this week’s judiciary committee hearings for Judge Ketanji Brown Jackson? Not even the identity politics behind President Biden’s nomination of Jackson is necessarily guaranteed to excite or energize Democratic voters. Indeed, the segment of the left-wing base most prone to fixate upon judicial battles is the white urban gentry, whose word in the Democratic Party is increasingly law. The nuts and bolts of the issue are that representation on the Supreme Court is not a daily concern for most black voters, especially when compared to such life-or-death questions as neighborhood crime.

Republicans have already started hinting at the line of attack they will use against Jackson. She has a history of giving out and advocating for (while serving on the U.S. Sentencing Commission) very light sentences for child pornography offenders. Prior to that, she had even argued that they shouldn’t have to register as sex offenders. The issue is sordid enough that it could cut sharply either way. Given how unsympathetic these criminals are, it could damage her reputation and lead up to a partisan nailbiter vote in the Senate.

To be sure, it is unlikely that Jackson’s nomination will actually be stopped. Sen. Joe Manchin may oppose Biden’s budgetary and energy plans, but he is going to support his party’s judicial nominations down the line, barring extraordinary circumstances that do not appear to exist here.

Still, this could become an uncomfortable vote for some Democrats, and they must all — every single one of them — vote to confirm Jackson to guarantee she passes the Senate.

Georgia: Additional polls now show Gov. Brian Kemp defeating the Trump-endorsed former Sen. David Perdue by double digits. Trump continues to fume over the past, but he appears to have set himself up for the humiliating loss of his handpicked candidate to take down the governor whom he feels failed to turn his 2020 electoral loss into a victory.

Georgia continues to be a state which, despite its usual Republican lean, is especially repulsed by Trump and his style. That he lost it in 2020 is well-known — that he nearly lost it in 2016 is often forgotten.

The winner will face election-denier and conspiracy theorist Stacey Abrams. Her apparance on Star Trek: Discovery serves as a reminder that people don’t really think Donald Trump’s election denialism is that dangerous, they just pile on people they don’t like with everything they have.

Alabama: The value of the Trump endorsement definitely declines if he changes gears to pick winners. In Alabama, he may do just that. He endorsed Rep. Mo Brooks early on, but the conservative congressman has struggled and Trump is now threatening to change sides.

Whatever the implications for Trump’s influence, this could be very good news for 40-year-old Katie Britt, former chief of staff to the retiring Sen. Richard Shelby. She leads Brooks, but then so does a newcomer candidate, veteran and businessman Mike Durant. Durant clocks in at 34 percent, with Britt at 32 percent and Brooks is way behind at 18 percent. Whatever his own failings as a candidate, it seems Trump’s endorsement is not enough on its own to win — not even in Alabama.

The three-way race that results from Durant’s sudden arrival on the scene means that a runoff is likely, but the original Trump endorsee may not be in it.

Missouri: A new poll from the Trafalgar Group shows that former Gov. Eric Greitens Is precisely the weak candidate we have described him to be all along. Of all the Republicans running in the primary, he appears to be the only one who could lose an easily winnable Senate race for the GOP to one of the Democrats’ obscure competitors — Lucas Kunce and former State Sen. Scott Sifton.

Greitens just barely edges out both of the no-name Democrats running in the primary. All other Republican candidates easily trounce them by double digits — including the two Republican candidates who could realistically defeat Greitens — Rep. Vicky Hartzler and Attorney General Eric Schmitt. Unfortunately, conservatives seem to be dividing their endorsements between these two. Ted Cruz is backing Schmitt, whereas Missouri’s other senator, Josh Hawley, backs Hartzler, as do a number of other conservative senators from nearby states. Polls like this one may at least prevent former President Trump from endorsing Greitens, which some fear he might do.

Probably the better course would be for one of them to drop out and endorse the other, but that isn’t how politics usually works.

There is still time for someone else to break Greitens and take the lead — this election takes place August 2.

Pennsylvania: Democrats face a similar conundrum in the Keystone State. Philadelphia’s Democratic Central Committee rightly senses a need to rally around a single candidate and stop the current frontrunner, Lt. Gov. John Fetterman, D, from walking away with the nomination in this open-seat fight.

They have thrown what weight they have behind Western Pennsylvania’s U.S. Rep. Conor Lamb, D, even passing over the local candidate, state Sen. Malcolm Kenyatta, D. But the party’s left-wing base appears to prefer Fetterman, the colorful far-left interloper who in their view stole his current job out from under them. Fetterman, who famously hates neckties and gives off the aura of a construction worker, is absolutely loathed by his party’s establishment. This primary is coming up very quickly — election day is May 17.