Biden unpopularity: President Joe Biden’s popularity numbers are becoming a cause of grave concern for Democrats throughout the country, but especially in swing states that will decide the 2022 House and Senate elections.

Take Arizona, which Biden won in 2020, albeit just barely. His job approval there is now down to 42%, with a solid 55% disapproving. His approval is down to 35% with the independent voters who presumably put him over the top last year. This is not the sort of poll result that Sent. Mark Kelly, D, wants to see as he faces a formidable fight for re-election to his first full term. It’s also not a number that makes Sen. Kyrsten Sinema, D, eager to reverse course and declare her support for Biden’s agenda.

Every time a poll has been taken in a key state, the numbers are similarly terrible for the sitting president. Although Republicans have had their problems recruiting candidates already in this election cycle, these numbers are keeping Democrats up at night.

How worried should they be? Here’s a nice point of comparison. At this point in his presidency, Barack Obama had an approval rating of 52%, according to Gallup, on his way to his party’s 2010 bloodbath.

The only issue where Biden still has any traction at all is the coronavirus, and even there his approval rating is a net zero — 49% approve and 49% disapprove of his performance. It is no longer a net positive issue for him.

Biden agenda: So, what about Biden’s “Build Back Better” agenda? And for that matter, what about the bipartisan infrastructure bill he already signed into law? Will or could these rescue his numbers?

The short answer is that it is unlikely.

Democrats expressed a naive regret after the Virginia election that the passage of the infrastructure bill could have changed their political fortunes — that perhaps they even could have saved Terry McAuliffe from defeat. But those hopes are badly misplaced.

Government spending takes far too much time to reach people to help on such a short timetable — and that’s if it improves anyone’s economic situation in the first place. Even when it does, it does not sway nearly as many votes as one might imagine. The money in the infrastructure package, for example, simply will not be spent quickly enough for the economy to change substantially in the next two to three years, let alone the next 11 months.

As for the other bill, were it to pass the Senate (it will not), it is more likely to exacerbate inflation than to do anything positive. But even so, it probably would not on its own change the economic picture enough to alter the electoral situation. Democrats would get a lot more mileage out of a newly-unearthed Trump-era scandal or something else.

Incidentally, this is why Biden and other Democrats are wrong to harshly blame their progressive caucus for the failure to pass the infrastructure bill prior to the elections in Virginia and New Jersey. It was not going to affect anything. On the other hand, its passage much earlier in the summer, along with the sort of popular, non-divisive bipartisan governance that Biden promised but has since avoided, might have convinced people that he was on a roll or that he kind of knew what he was doing.

But that is the path not taken for this administration. Instead, its deliberately divisive embrace of wokeness and the lack of competence in nearly everything requiring specialized knowledge seem to be shining through more every passing day. That’s why no spending package was ever going to save Biden.

North Carolina: One consequence of the Republicans’ newly passed Congressional map is that Rep. G.K. Butterfield, D, has chosen to retire. He leaves behind a fair-fight congressional seat — something Democrats claim to like, but in practice like only when it helps then gain seats, not when it causes them to lose seats.

There remains the possibility of a court battle, but this is probably something conservatives should welcome. There has also probably never been a time better than now to have such a fight if you are a Republican. The current Supreme Court is precisely the one you would want to set the precedent for redistricting going forward, restoring states’ sovereign control over the process after several weird and contradictory rulings that were issued by liberal courts in order to justify total Democratic-slash-Dixiecrat control of the U.S. House for four decades between the 1950s and 1994.

Ohio: Ohio Republicans approached the last two decennial rounds of redistricting with extreme sobriety. They saw their state as a fair-fight state where Democrats needed to be given more room in order to keep GOP incumbents safe. Otherwise, they reasoned, Republican districts would begin to fall to the Democrats mid-decade. So as their state lost seats due to slow population growth, they kept chopping up their own seats and drawing Democrats new districts where appropriate — for example, in Columbus.

But now, things have changed. With the state shifting rapidly toward Republicans in the Trump era, especially in formerly Democratic areas around Youngstown, and with Republican Rep. Anthony Gonzales retiring, Republicans have an opportunity to maximize their seat count. And they are taking it.

Ohio is losing a seat — meaning that the population in each district must increase. This helped Republicans in the legislature draw Rep. Marcy Kaptur, D, into a Republican-leaning Toledo-area seat. The Youngstown-area seat being abandoned by Rep. Tim Ryan, who is running for Senate, will be chopped up, as will Gonzalez’s old district, to create multiple solidly Republican seats in eastern Ohio. Democrats will be given solid Blue districts in Cleveland and Columbus, and two competitive (though slightly Republican-leaning) districts will remain in the suburban areas around Cleveland and Cincinnati, respectively.

This means that, in their best years, Democrats will have the possibility of winning an extra seat above what they have now. But the way this map is drawn, in most years, they will be lucky to keep what they have now. With the next election approaching and Democrats on the ropes, they appear set to lose a seat in Ohio just due to redistricting.

This map will apply for only four years, since the legislature rejected the map drawn by a voter-approved and supposedly non-partisan redistricting commission. The irony is that this good government reform might actually help Republicans in the legislature keep an even tighter lock on the map. They will get the map they draw now, and then if they need to (assuming they keep winning) they can make more changes to keep up with the situation in 2025.

Wisconsin: Republicans in the state legislature passed a map very similar to the current one, which means that the district of the retiring Rep. Ron Kind, D, would likely flip to a Republican.

Gov. Tony Evers’ veto of that redistricting plan last week will send everything to the courts. Conservatives control the State Supreme Court, in case it is given the final say. 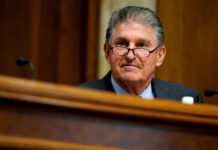