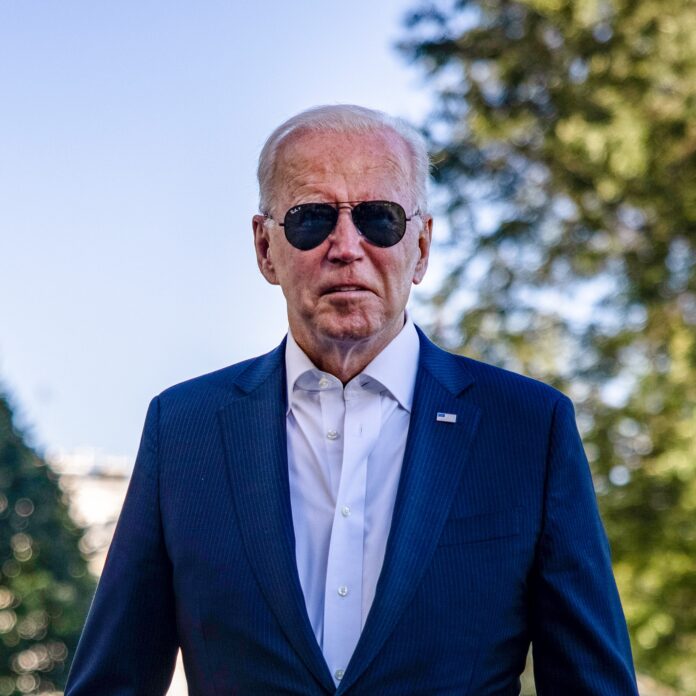 First, the approval numbers. His presidency now has its lowest approval rating yet — a rating lower than anything recorded during Barack Obama’s presidency. According to Quinnipiac, he now has only 38 percent approval, with 53 percent disapproval.

Independents disapprove of his performance by an even wider 60-to-32 percent.

This is, as former President Barack Obama might have put it, “shellacking” territory.

Biden still has further to fall to reach Trump’s all-time low approval rating (34 percent), but the important point is that Biden has hit this low just months into his presidency and in spite of obsequious, fawning, embarrassingly generous media coverage.

Only 28 percent now think the nation is moving in the “right direction.”

It is especially important in this poll that a large majority (55 percent) says Biden’s administration is “not competent in running the government.” Republicans don’t need any help in spreading the message that Biden is at sea in his job — in far over his head, and lacking in mental acuity when he most needs it. People already understand this.

Biden’s approval rating isn’t the only number pointing to his demise. Another is the number of Democratic senators refusing to support his big social spending bill. For now, it’s two, publicly. That is enough to make sure Biden’s agenda fails.

This brings up a third number — the number of dollars that a majority of Senators will support. At this point, Biden is trying to pass a massive social spending bill that nominally costs $3.5 trillion, but the real number is closer to $6 trillion. With Democratic West Virginia Sen. Joe Manchin’s refusal to support anything over $1.5 trillion, Biden isn’t getting this through. And this has about 45 liberals in the House refusing to support the bill that otherwise could pass — the infrastructure bill that passed the Senate. If neither bill passes, Biden’s approval ratings could suffer even more.

Then there’s a fourth number — the jobs data for September. They were a disaster — at under 200,000 net jobs created, they were less than half the expected half-million increase in employment. And in general, the economy is struggling thanks to supply-chain problems, the highest gasoline prices in seven years (up 50 percent year-over-year), and nagging inflation in consumer goods. People are noticing the inflation at their supermarkets, and they are also acutely aware of the supply shortages. Some goods are so hard to find that one might think this is the late Soviet Union.

Some of these problems, but not all of them, are Biden’s fault. That includes the gasoline, which could be much cheaper if American producers were allowed to do their thing and not hindered by Biden administration restrictions and the scratching of needed pipelines.

The result is a presidential administration twisting in the wind, a full year ahead of its first challenging midterm. The chants of “F— Joe Biden” (or “Let’s go Brandon”) are already becoming an amusing part of life for people, making their way into all sorts of sporting events.

Speaking of which, those aren’t great numbers for the incumbent, especially in the year of “Let’s go Brandon.”

Texas: Actor Matthew McConaughey cast some doubt upon the idea that he would run for governor in a podcast appearance. That is probably good news for incumbent Gov. Greg Abbott, R.

Alaska: Authorities have come after Kelly Tshibaka, the challenger to Republican Sen. Lisa Murkowski, with some trumped up charges about using a fishing boat in a campaign ad. She insists she was not engaged in “commercial fishing,” the pretext for this fine.

Maryland: Larry Hogan, the popular but term-limited two-term Republican governor of a thoroughly Democratic state, has positioned himself as a potential anti-Trump Republican presidential candidate, with a national organization and everything. But the problem is that there really isn’t much a market for that. Even in the post-Trump era, too many Republican voters just believe he can do no wrong. Even if they wouldn’t vote again to nominate Trump himself (and many would vote for that), they are not at all likely to vote for one of his leading GOP critics.

The question is, could he do anything useful instead of impaling himself on Trump’s popularity in with a quixotic 2024 presidential bid? Asked by radio host Hugh Hewitt, he at least did not rule out the idea of running against Sen. Chris Van Hollen. Although he would not be a shoo-in — Maryland has not elected a Republican senator in 41 years — this would at least put Maryland Democrats under some pressure and perhaps expand the national Senate map.