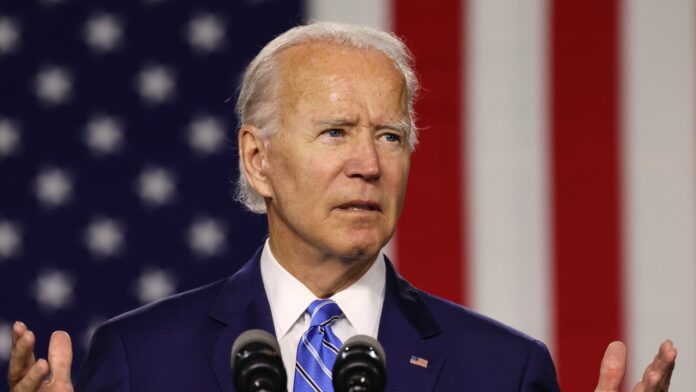 Infrastructure: A coalition of dark-money groups supporting the Biden administration is launching an amazing $100 million television and online ad campaign to promote his infrastructure bills this month — both the bipartisan $1 trillion infrastructure bill and the partisan Democratic $3.5 trillion reconciliation package that is not necessarily about infrastructure at all. In addition to the advertising, there are supposed to be more than 1,000 events in the next six week, according to the AP, but don’t take that too seriously, because in the Internet era just about anything can be called an “event.”

This isn’t quite presidential campaign-level spending, but it comes close. The idea is to soften up members of Congress whose votes are in doubt.

Given that there is sufficient Senate support for the infrastructure bill, it appears likely to go through. The danger, however, is that its passage will embolden Democrats to line up along party-lines behind the big-spending and highly divisive $3.5 trillion package. So far, the only thing standing in their way appears to be Arizona Democratic Sen. Kyrsten Sinema’s opposition. Even so, Sinema has only objected to the price tag — she might support an equally divisive bill that spends a bit less. That bigger bill is not only objectionable for its cost, but also for the fact that it contains all of the things that Democrats have been amusingly calling “human infrastructure,” such as forced unionization of home care workers,

Although Biden has ultimately thrown cold water on some of the Democrats’ attempted overreaches — for example, abolition of the filibuster and packing the Supreme Court — their willingness to overreach in this matter is impressively stubborn. The likelihood that they will suffer for it in 2022 is very great. But how much damage will they manage to do before then?

Texas-6: The loss by the Trump-endorsed Susan Wright in a special House election against fellow Republican Jake Ellzey, should not necessarily be taken as a sign that Trump’s influence is on the wane.

First of all, this race took place in the Dallas area, where Trump underperformed in both of his election contests.

Second, even though Trump is influential everywhere Republicans are voting, Ellzey was not some kind of never-Trump or anti-Trump candidate. There wasn’t much daylight between the two candidates in terms of policy.

Third, Ellzey had the backing of state-level pols such as former Governor Rick Perry. In the end, this was a win for local politics, not necessarily a sign that Trump is any less influential than he was before. In the end, Ellzey prevailed for the usual reasons — he was a better candidate than the widow of the late Rep. Ron Wright, R, who died of COVID in February. Trump’s endorsement wasn’t enough to put her over the top.

Ohio: How serious is the Republican primary threat to Gov. Mike DeWine? Well, DeWine raised $3 million in the first six months of the year and has $6.5 million on hand to spend on his re-election. His challenger, former Rep. Jim Renacci has raised less than $22,00. Although he only just got in the race in June, that shows there wasn’t much of a launch. Also, the Plain Dealer notes that this is despite Renacci’s having spent the last two years preparing for a statewide run.

Considering his lackluster effort in his 2018 race for U.S. Senate against Democratic Sen. Sherrod Brown, Renacci has a long way to go to establish credibility for his bid.

Texas: Former Rep. Beto O’Rourke may be setting himself up for a run at Gov. Greg Abbott, the Daily Beast is now reporting. He is touring the state like a candidate, and his political action committee has been aggressively raising money, doling out $600,000 to the Texas Democratic legislators who have fled the state in order to prevent the passage of voting reform legislation. This is a method of consolidating support for a run for office.

Abbott is not nearly as unpopular as Sen. Ted Cruz was when O’Rourke nearly knocked him off in 2018. He also has $50 million banked for the occasion, although O’Rourke would be likely to raise large sums, were he to run. Still, O’Rourke’s presidential run in 2020 — specifically the vitriolic anti-gun part of it — may have irreparably harmed his ability to run in Texas.

The story here is not just that Beto might run — it’s also that Democrats don’t have much of a backup plan if he doesn’t.

Alaska: Probably this isn’t anything to take too seriously, but who knows? Sarah Palin is now talking about running against Sen. Lisa Murkowski, who already has one conservative challenger in the Trump-endorsed Department of Administration Commissioner Kelly Tshibaka. Palin told a conservative Christian audience last month that “If God wants me to do it, I will.” She also dismissed Tshibaka as someone she had “never heard of.”

On the Democratic side, state Sen. Elvi Gray-Jackson is talking about running in the open primary/ranked choice election.

Pennsylvania: Rep. Conor Lamb, D, facing the easy elimination of his district in redistricting, made the widely-expected announcement that he is running for Senate. But his path to the nomination, which loosely follows the one pursued by Sen. Bob Casey during his first run in 2006, may simply no longer be available.

Casey’s own career track toward the Left serves as a clear example why. The Democratic Party has run so far to the Left at this point that it may not be possible to win a statewide without full-throated support for abortion (for example), among other things. Democratic primary voters have very little patience for anyone moderate, but even less for those who don’t measure up to their standard on social issues.

One of the left-wing alternatives, Democratic Lt. Gov. John Fetterman, is hated by the state party establishment — not so much for his views as for his being a complete outsider who won his current position without their help and over their objections. He has raised more than twice as much money as anyone else.

There are also two other progressive candidates in the race, both from Eastern Pennsylvania: state Rep. Malcolm Kenyatta and Montgomery County Commission Chair Val Arkoosh.

On the Republican side, Never-Trumper and former Arlen Specter staffer Craig Snyder has entered the GOP primary by targeting anti-Trump voters. Among others, he will face 2020 congressional candidate Sean Parnell, who lost to Lamb in November.