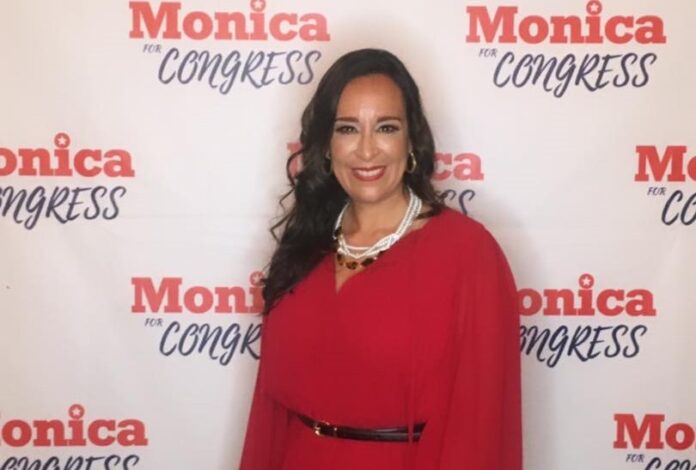 Reapportionment: The Census was less generous to Republicans than expected. Still, there are several reasons for them to be hopeful. House Democratic retirements in competitive seats, some of which Trump carried in 2020, .

Texas will only gain two House seats in next year’s election, Montana one, and Florida one. West Virginia will lose a seat, whereas Rhode Island somehow managed to avoid the loss of a seat, and New York avoided the loss of a second seat.

In the end, reapportionment among the states will not necessarily determine outcomes, but it is more likely to do so in states where the legislature retains plenary power to draw the lines. Hip, North Carolina, Florida, and Texas are all more likely to produce positive outcomes for Republicans. In some states, such as Colorado and Michigan, independent redistricting commissions have been newly established in recent years and will perform the task of redistricting for the first time this year. In Florida, new rules will apply to the creation of districts. And  in Pennsylvania the Democrat-controlled state Supreme Court has put more or less arbitrary limits in place against partisan gerrymandering. In each case, though, this will only limit, not prevent, partisan redistricting.

Still, the effects of redistricting on the overall House outcome tend to be exaggerated. In 2020, for example, Democrats won 50.8 percent of the overall House vote and 51 percent of House seats. There is no magic bullet when it comes to drawing House seats to create a long-term nationwide advantage. Excessively ambitious partisan gerrymandering tends to make seats more competitive, such that they are more likely to change hands. In contrast, attempts to create “safe” districts tend to limit a party’s competitiveness and its ability to win a majority.

Texas-6: A crowded (23-way) jungle primary over the weekend produced an all-Republican runoff between Susan Wright, widow of the late Rep. Ron Wright, R, and state Rep. Jake Ellzey, retired Navy fighter pilot. So there’s one opportunity missed for Democrats to build their House majority in a Dallas-area district that has actually been pretty competitive recently.

Illinois-17: The retirement announcement by Quad-Cities-area Rep. Cheri Boustos, D, opens up a district that Donald Trump carried in 2020. Democrats in the state legislature, forced to eliminate a seat, might just play it safe and divide this one between the surrounding Republicans in order to shore up other incumbents. The state is already so heavily gerrymandered that this might be their most prudent course, but they might bet more ambitious.

Montana-2: Thanks to its rapid population growth, Montana is getting a second House seat. A five-member commission will be drawing the district’s line.

Republicans will likely remain capable of competing in both districts, although one of them will be much more competitive than the other. Former Interior Secretary and Navy SEAL Ryan Zinke, R, has already filed paperwork to run for the new Second District seat, even though it only exists on paper. Meanwhile, 2018 Senate nominee Matt Rosensdale, R, is reportedly interested in running for the other seat.

Texas-15: If you wonder why Democrats are panicking and going nuts about everything being racist and critical race theory, etc., just read this. They realize they are slipping with non-whtie voters at the margins, and nowhere is this more evident than in Texas’ 15th District.

Even the New York Times has been forced to acknowledge the Republican surge in Democratic, Hispanic South Texas. Democrats are beginning to realize that just as they approach demographic domination, they are at extreme risk of losing the allegiance of two of the most important voting demographics — Asians (against whom they support university admissions discrimination) and Hispanics, who in South Texas voted Trump in record numbers and nearly knocked off Rep. Vicente Gonzalez, D, in the process.

Gonzalez’s 2020 challenger, Monica De La Cruz Hernandez, R, came within three points of defeating him. She is running again and will almost certainly have a more promising congressional seat in which to run this time around as Texas redistricts and incorporates its two new seats. All the state legislature will have to do is scratch off a few Democratic neighborhoods in order to create the state’s second truly competitive Hispanic seat (after the 23rd District in West Texas). But the fact is, all three of the strip-shaped districts that run from the Rio Grande to the corridor between San Antonio and Austin have been losing the Democratic lean they were originally designed to have. Republicans’ task in South Texas will be even easier as neighboring Rep. Filemon Vela, D, has already announced his retirement.

Meanwhile, the nearby presence of moderate Laredo-area Rep. Henry Cuellar presents Republicans with an opportunity one way or another — more likely to fortify his district, but perhaps instead to make it more Republican and induce him to switch parties.

Missouri: AMissouri Scout poll taken in early April had some pretty good news for Republicans — they might have some margin for error. Basically, any Republican — even scandal-plagued former Gov. Eric Greitens — leads any of the Democrats being discussed as contenders, even former Attorney General and Gov. Jay Nixon. (Greitens’ lead over Nixon is 48%-44%.)

Sen. Roy Blunt’s close call in 2016 may have been a last gasp for Democrats. The state’s further shift rightward in the Trump era appears to be iron-clad for now.

On the Democratic side, the recently defeated state Supreme Court chief justice, Cheri Beasley, has thrown her hat into the ring for the Senate seat as well.