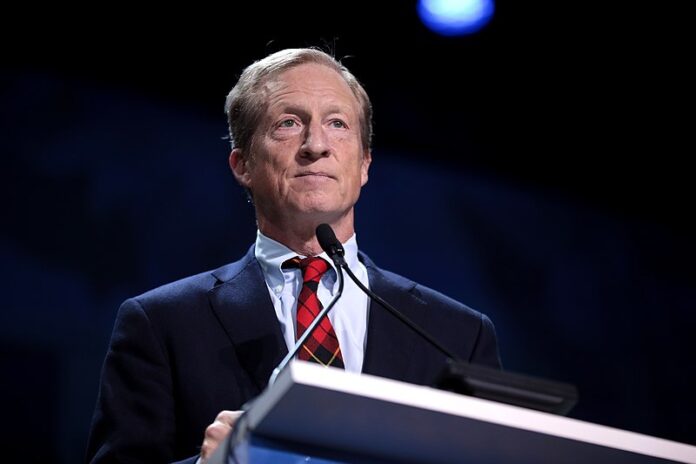 Outlook: If House Democrats follow through with their scheme to overturn the close election in Iowa’s second district, they will be exposing as a hollow lie their claim to be supporting democracy and voting rights.

Rep. Mariannette Miller-Meeks, R, won her open-seat race over Democrat Rita Hart by six votes — an incredibly close finish. The win survived a recount. Hart declined to challenge the result in state court, and it was certified.

But the House is the judge of its own elections, and Hart did ask the House administration committee to look into overturning the election. Strictly speaking, Democrats could do this on a party-line vote. But if you’re willing to overturn an election decided by six votes as part of a party power-grab, what’s to stop you from overturning an election decided by hundreds or thousands of votes? Speaker Nancy Pelosi seems to think she can get away with this. Strictly speaking, the House could refuse to seat any Republican at all, if all Democrats are willing to go that route.

But these are not the actions of a majority that respects the rights of the voters to choose a representative. One cannot claim to support democracy solely through one’s commitment to access to voting. After all, if you are unwilling to respect the voters’ decision, then you really don’t believe in voting rights.

If Democrats start overturning elections in this manner, then the constitutional order is not going to last long.

California: So far, there are no Democratic Party regulars getting into the recall race, in case Gov. Gavin Newsom, D, is in fact recalled. This threatens a repeat of 2003, when the lack of a Democratic alternative made it easy for Arnold Schwarzenegger to win, and for Republicans to combine for well over 50% of the vote.

But Tom Steyer, the billionaire who made a short-lived but expensive vanity presidential run in 2020, is already polling the race and presenting himself as a candidate. He would spend tens of millions on the race for sure.

Steyer’s comically ineffectual influence on national politics extends back through 2014 and even 2010. He spent tens and hundreds of millions in multiple states on losing races in those years, and then blew massive sums once again in his 2020 presidential candidacy.

But that doesn’t mean he won’t have an effect this time. A well-funded left-wing campaign would at least give partisan Democratic voters – of whom there are many in California — a fail-safe. Voters will be asked a two-part question — first, whether to recall Newsom, and second, to choose a replacement in case he is indeed recalled. Those voting “no” on the recall itself are entitled to pick a replacement. Steyer, if he jumps into the vacuum, could position himself as that left-wing choice. Under the right circumstances — and obviously this must involve Newsom’s downfall — this could even become a path for Steyer to establish a more serious political career going forward.

Florida: You need to catch the ball completely before you turn to make the throw. Given his rising-star status at this point, especially among conservatives, it is crucial that Gov. Ron DeSantis, R, not neglect his re-election bid. His numbers in the state are excellent, as we observed previously, but Democrats are trying to find someone to run against him and Florida tends to be a close-run state.

Florida has a late primary, so there is still no hurry. But the number of Democrats discussed for the race is ballooning. Rep. Stephanie Murphy, D, is probably the most appealing possibility for Democrats, with Agriculture Commissioner Nikki Fried a close second. (She was the only Democratic statewide winner in 2018.) There is also talk of a former governor, Rep. Charlie Crist, D, potentially making the run, in addition to state Sen. Randolph Bracy, D.

There is another wild card here: former Rep. David Jolly, who has abandoned his Republican affiliation, is discussing the possibility of running as an independent. But as an embittered former Republican who left the part over Trump, he probably would not take many votes away from DeSantis.

Nebraska: Republican Sen. Deb Fischer now says she may run for governor next fall. She would be a formidable contender in that race against two already-declared candidates, State Sen. Brett Lindstrom and businessman Charles Herbster. Meanwhile, her Senate seat isn’t up until 2024. One possible result is that Fischer could win and then appoint Gov. Pete Ricketts, R, who ran unsuccessfully for Senate against Ben Nelson in 2006, to fill her own vacancy.

If Ricketts were determined to position someone else to hold the seat for the long run, he could act to appoint her replacement in the period between her resignation from the Senate and her inauguration.

Alabama: The entry of Rep. Mo Brooks, R, into the Republican primary for the seat being vacated by Richard Shelby throws a dyed-in-the-wool Trump ally into the mix. Brooks led the charge in the U.S. House to block certification of the 2020 presidential result in the Electoral College.

He is pitted against another Trump ally, Ambassador Lynda Blanchard, but Trump is now expected to back Brooks. Part of the reason is apparently that Blanchard’s camp may have exaggerated her closeness to Trump and boasted too loudly about her likelihood of getting Trump’s endorsement. The lesson, apparently, is that you don’t count your Trump endorsements before they hatch.

Missouri: Back in 2018, former Gov. Eric Greitens was fortunate just to avoid prosecution. Now, he is running for the Show-Me State’s open U.S. Senate seat. The retired Navy SEAL officer will surely give Republicans some heartburn with this run, but there are no polls yet showing a groundswell of popular demand for a Greitens comeback.

Attorney General Eric Schmitt has formally announced, and Rep. Vicki Hartzler has all but formally announced, so the voters are likely to have several top-tier options. The only danger — at least from the perspective of Republicans who think he would lose the seat — is that Greitens could come out ahead in a crowded field.