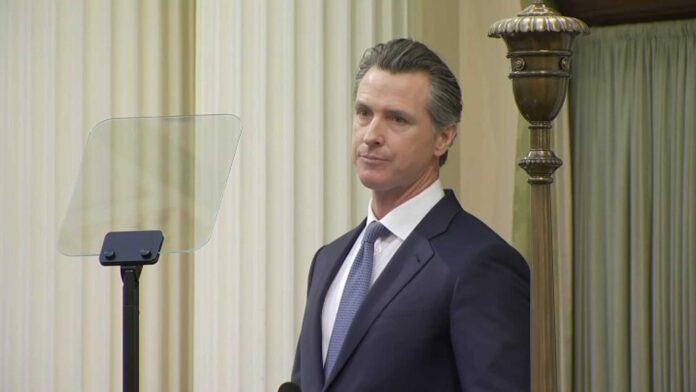 Return to chaos at the border:President Biden is popular now. His approval rating is, by some measures, as high as 59 percent. Meanwhile, his stimulus package is about to hit people’s bank accounts. Everything is coming up roses for the president, right?

Well, he has at least one big, pressing problem right now, at the border. Among other things, by inviting lawless border crossings and undoing President Trump’s diplomacy with Mexico and the Central American nations are sending so many migrants, Biden has created a humanitarian and administrative crisis that has Republicans already calling for the resignation of his just-confirmed Homeland Security secretary.

For now, Biden remains secure. The media seem to be giving him a free pass on the fact that he is putting more “kids in cages” than President Trump ever did, as well as the incongruity of his failure to insist upon testing of all illegal migrants for the coronavirus.

But given the history behind the immigration issue it seems unlikely that he can hide from it for too long.

President Trump recently showed that a hawkish immigration message can sell well even in unexpected places. Such a message, if it highlights the return of the pre-Trump border chaos, the humanitarian crisis, and increased levels of crime, can work surprisingly well with black voters and with the Hispanic border communities that are worst affected by the chaos of an open and uncontrolled border. This is something Republicans need to consider as they search for a way to get back to 50 percent in many of the states where they have become less competitive in recent years.

California: A sufficient number of signatures has been filed and pre-approved for the recall election of Gov. Gavin Newsom, D, to occur later this year. A new poll from last week suggests that just under 42 percent would vote to keep him and an astounding 58 percent believe it is time for someone new. These are potentially devastating numbers, assuming that Newsom’s enemies are capable of getting the vote out in such a strange out-of-season election as this one will be.

Voters will first be polled on whether to remove Newsom, then on who is to replace him. This peculiar method of recall means that the lack of a noteworthy opponent may not be enough to deter the voters from throwing him out. It also means that Newsom’s approval rating, though not underwater, cannot necessary save him.

Voters in California are solidly Democratic but also stubbornly less liberal and less attached to their current set of politicians than the ruling Democratic Party would like. All the conditions are there for Newsom’s demise — the arrogant hypocrisy over stringent COVID restrictions, the high unemployment, the homelessness crisis, the artificially high cost of housing, and the exodus of people and businesses from the state.

The legislature’s recent attempts to dismantle the gig economy resulted in a voter smackdown on the 2020 ballot. Perhaps even more important is Democrats’ failed effort on that same ballot to alienate Asian voters with racial preferences that would decisively disadvantage them. These are signs of arrogant one-party rule going too far.

As in the Gray Davis recall of 2003, it might take a temporary revival of the Republican Party in the Golden State to restore its liveability. In California, this will require a massive buy-in from the very Asian and Hispanic voters whom the party has historically done such a poor job courting or even trying to reach.

Nebraska: House Republicans are breathing a bit of a sigh of relief that Rep. Don Bacon, R, will not be running for governor. He will instead run for re-election in his Omaha-area seat. Although it will change in redistricting, it remains somewhat vulnerable — President Trump lost the district and its single Electoral Vote — and Republicans would rather not have to defend an open seat.

New York: The sexual misconduct charge against Rep. Tom Reed, R, has put him out of the race to replace Andrew Cuomo. That’s one less Republican in the hunt for a job normally out of reach for any Republican.

Perhaps Republicans have a chance with Cuomo laboring under multiple sexual misconduct allegations. But this presupposes that Cuomo can both hang on through the coming impeachment investigation and win the nomination for a fourth term. That’s a big ask, given that there are many other ambitious Democrats in the state.

Reed’s departure from public life will leave his western New York seat open, raising the possibility that it will be one of the two expected to be discarded when New York loses congressional seats in the 2020 Census.

Missouri: Rep. Vicki Hartzler, R, came into office as part of the 2010 wave, defeating the long-serving moderate Rep. Ike Skelton, D, in his rural Missouri district. Indeed, Skelton’s downfall was a sign of his party’s demise in the Show-Me state, as well as the rise of what can now be called Trumpist politics. Moderate Democrats outside of urban and suburban areas simply left their party and started throwing out the moderate Democrats that had made the 2006 Democratic majority possible.

Hartzler has now announced that, along with many other Republicans, she is looking into the open-seat race to replace the retiring Sen. Roy Blunt, R. Other Republicans considering a run for the seat are Reps. Ann Wagner and Billy Long, and Attorney General Eric Schmitt. The state’s Republicans would surely feel at ease with anyone except former Gov. Eric Greitens, R, who is also considering the race despite having departed the governor’s mansion under a cloud a few years ago.

Missouri is one state that provides a counterpoint to California. Its voters are now more Republican than ever, yet they are not necessarily super-conservative in some areas. They easily repealed right-to-work in a ballot measure shortly after it was approved by the state legislature under Greitens.

Still, voters in Missouri are not in rebellion the way they are in California, nor are they fleeing in large numbers. Republicans should have little trouble keeping Blunt’s seat, but a Greitens’ nomination could make things complicated.

New Hampshire: Republicans’ ability to put this Democratic seat into play probably hinge on Gov. Chris Sununu’s decision on whether to challenge Democratic Sen. Maggie Hassan. Sununu has now suggested that he won’t make a public decision about the race until July or later.