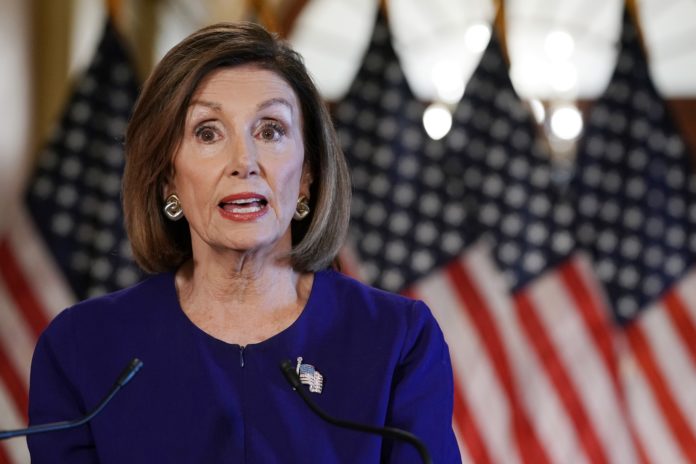 Happy New Year to all our readers!

The Name of Pelosi: Ever since the 2010 election cycle, Republicans have found that the Democrat whose name arouses the strongest negative reaction among their voters is not Barack Obama or any of the 2020 presidential contenders, but Nancy Pelosi, D-Calif. Given her stated intention to relinquish the reins of the House Democratic Caucus after one last term as speaker, this means that a window is closing to take advantage of her continued presence in Washington.

With the San Francisco congresswoman now narrowly re-elected speaker by her congressional colleagues, Republicans associated with Minority Leader Kevin McCarthy, R-Calif., are already trying to capitalize again on her unpopularity with a certain type of voter in the few remaining rural, Democrat-leaning districts that exist after House Democrats’ underwhelming 2020 performance.

One of these districts is that of Rep. Ron Kind, D, in western Wisconsin. His and 20 other Democratic districts (including seats in rural Illinois and upstate New York) have become early targets for Republicans looking forward to the 2022 midterm and making full use of what will likely be their last chance to exploit Pelosi’s name in their advertising.

Midterm Opportunity: With relatively few decent pickup opportunities in the Senate, Republicans’ best chance at expanding their footprint and maintaining some power in Congress in 2022 will be through a takeover of the U.S. House.

This would obviously upend any Democratic plans to pack the Supreme Court (the number of justices is set by statute), but it would also defeat the purpose of any anti-filibuster action in the Senate. Democratic leaders will not want a situation in which a Republican House can suddenly pressure a narrowly Democratic Senate into passing popular legislation — after all, anything that can be brought to the floor with Joe Manchin’s vote would be passable if there were no filibuster. The Senate would also cease in its longstanding role of protecting a same-party president from having to use his veto.

By the time the elections begin in earnest, the 435 House districts will have been reapportioned and redrawn, so their prospects cannot be fully measured now. We anticipate that several suburban districts will be made friendlier to Republicans in states such as Texas, Florida and Georgia, both creating pickup opportunities and shoring up endangered incumbents.

But no matter what happens in the suburbs, it is almost certain that these rural districts will slip further from Democrats’ grasp. The trend in this case is long-running, as underscored last year by the GOP takeover of rural seats in Iowa and especially Minnesota, where Rep. Colin Peterson — the moderate, rural Democrat par excellence — was crushed by a Red wave.

Back to Hispanics: The new holder of that moderate rural Democratic title, by the way, Rep. Henry Cuellar, D-Texas, should be watched carefully. Given Trump’s success with the Hispanic vote in Texas and elsewhere, the future of Latino voters, while still Democratic, is probably more toward a moderate Democratic direction incompatible with most of today’s Democratic Party — which is to say, a more Republican direction. It is telling that, even as he lost Arizona, Trump improved with Hispanic voters over 2016, and that he performed much better in South Texas than Mitt Romney or other non-Texas Republicans in the past.

Hispanic voters, though often traeted in statistics as non-white, are mostly officially white. This doesn’t mean anything in itself, but it returns us to the likelihood that they will follow other lower-income white ethnic groups of the past century (Irish, Italian, in a gradual, decades-long absorption into the Republican fold.

This is not to say Republicans will win the Hispanic vote any time soon, only that they will win more of it. And the fact is, they must, to compensate for their ongoing collapse among social-liberal wealthy white suburbanites.

Trump’s success with Hispanic voters suggests that the conventional thinking — that the key is advocacy of a lax immigration policy — has always been mistaken. Yes, anti-immigrant sentiment can be insulting and off-putting to some Hispanic voters, but for most Latinos who vote, immigration is not really an issue. Trump’s modest success even points to the idea that these voters’ own wages may depend on the slowing of further immigration.

Georgia: Once Congress has certified the Electoral College vote, the year begins with the last piece of unfinished 2020 business — the Jan. 5 runoff election for both of Georgia’s U.S. Senate seats.

The models are uncertain, and the poll results vary in both result and trend. The Trafalgar Group, which had previously held forth the most hope for the Republicans with a strong trend in their favor, now has both Sens. David Perdue and Kelly Loeffler narrowly trailing. Local polling gives a mixed result, again with the numbers far too close for much to be gleaned, thanks to the naturally unreliable turnout models for a unique runoff like this one.

The important thing for Republicans is to maximize Election Day turnout, whose in-person vote will heavily favor Perdue and Loeffler over their opponents, Jon Ossoff and Raphael Warnock. President Trump’s decision to call the races “illegal and invalid” could potentially harm that turnout, although perhaps too much stock is put in his off-the-cuff comments. Trump has also been active in appearing in the state at get-out-the-vote events in order to help the Republican candidates.

Although the history of presidential-year runoffs clearly favors the Republican candidates in both races — GOP turnout tends to fall off much less than Democratic turnout — there are now deeper fears than ever among Republicans that Democrats could indeed win both and attain a bare 50-seat-plus-one majority.

Even this would not make possible the most dire scenario — of Democrats’ pre-election plans for filibuster-breaking and court-packing that could actually blow up the constitutional order. But it would come as a massive disappointment because it would allow a Biden presidency to overturn far more of what Trump did in office far more quickly.

As we noted previously, some Obama-era regulations could be snapped back into place instantly through the Congressional Review Act if Democrats obtain even a bare Senate majority, since the CRA is immune to the filibuster. Joe Biden, once inaugurated, would also be able to run through as many judges as Senate Democrats are able to stomach — although even then he would enjoy the prospect of far fewer vacancies than Trump did when he rose to power. There are only 49 vacancies in all as of this writing, with only 23 of those lacking a pending Trump nominee who can be confirmed this month regardless of the Georgia results (if necessary, with help from Mike Pence).