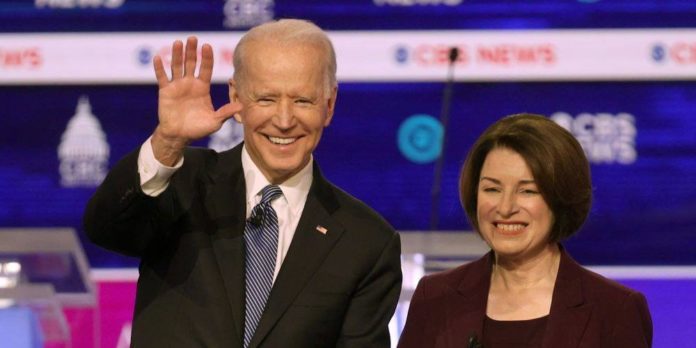 Polling: Yes, it’s still quite early in the race. And polls have historically proven to underestimate President Trump’s support.  Still, it should be setting off alarm bells for President Trump that he trails nationally and in so many Republican states as an incumbent.

The new Washington Post poll suggests that voters have become restive about Trump’s performance on the coronavirus. In March, this same poll showed him with a majority of 51 percent support on that issue. This month, that’s down to 46 percent, with 53 percent disapproval — overall, a swing of 13 points against Trump.

This is having an effect on his topline numbers, too. Trump now trails Biden nationally among registered voters, 53 to 43 percent. That’s significantly worse than the result from March, which showed the race at 49-47 percent in Biden’s favor. Suddenly, it looks like a wipeout

However, there is a caveat. First of all, the gap will surely tighten when only “likely voters” are surveyed. It often holds that Republicans perform better by that measure. And that might be a bigger factor than usual in 2020, given that Democrats are merely settling for Biden.

The reason is the enthusiasm that Trump’s supporters have. Eighty-seven percent of them say they are “enthusiastic” about voting for him in November — a striking number once you realize that he has a lot of reluctant supporters as well. For Biden, the enthusiasm number is 74 percent, and that might not sound so bad. But then compare the numbers for “very enthusiastic.” For Trump, that number is 64 percent. For Biden, it’s only 31 percent. The reluctant Trump voter can’t hold a candle to the reluctant or “meh” Biden voter.

States: Of course, national polls mean nothing. U.S. presidential elections are composed of multiple state races, as Trump’s national vote count loss reminded us in 2016. Trump now has to be worried also about Florida, where Biden has been gaining ground with older voters.

Naturally, Florida is going to be close, but Trump would rather be on the long end of a 48 to 47 percent virtual tie than on the short end, as he is in the latest St. Pete Poll. Interestingly, Trump’s approve/disapprove rating in Florida (49/46) is almost even — unlike anything you’ll see in national polling.

Earlier in May, OH Predictive Insights showed Trump losing Arizona by seven points. Now another poll (albeit an obscure one) in Arizona shows Trump trailing — in this case by two points, 47 to 45 percent. On coronavirus specifically, 49 percent of respondents think Trump’s performance is at least “okay.” Trump has led in exactly one poll of Arizona in the last year.

Trump also doesn’t seem close to a breakthrough in Minnesota, where he came just short of winning in 2016. A Minnesota Public Radio poll there shows him trailing by five points. Although the current Minneapolis riots could boost his prospects, Trump faces at least as much of an uphill climb in the Gopher State as he did in 2016, perhaps more.

In short, Trump faces long odds. But an economic rebound could cover many sins. The stock market seems to be recovering, but the job market may or may not recover. It’s just too soon to know.

Veep: Biden’s best bet as a running mate has always been Amy Klobuchar, the Minnesota senator and former Minnesota prosecutor. Her common-sense, standard-issue liberal approach stood her in such good stead at the debates that, for a brief moment, people started taking her presidential campaign seriously before she stepped aside to avoid a Bernie Sanders nomination.

Unfortunately for her, a cop in Minneapolis — a cop she might or might not have failed to prosecute in 2006 when serving as Hennepin County District Attorney — has become the non-coronavirus topic of national conversation and the immediate cause of nationwide protest, rioting and looting.

Officer Derek Chauvin has now been arrested for the killing of George Floyd, whose death set off protests, followed by lawless rioting. Klobuchar has tried hard to push back against this narrative, insisting that her successor, not she, had been responsible for trying Chauvin for a 2006 shooting of a civilian. It may even be true — but good luck making that case in this environment. The Left would have been displeased with a Klobuchar veep nomination, but now they would be enraged. Not only that, but Biden would probably risk the good will he has built up with black voters, were he to choose someone so closely connected to this police brutality case.

It’s just not going to happen, and Biden’s team is already cognizant of that fact. Already, they canceled scheduled virtual events with her. It’s back to the drawing board. Michigan Gov. Gretchen Whitmer? New Mexico Gov. Michelle Lujan-Grisham? Surely not Georgia Gov. — or rather, not governor Stacey Abrams?

Kansas: After a controversial but urgent plea from the state party for other candidates to get out or stay out, conservative state Senate President Susan Wagle has dropped out of the race for the Republican nomination for the seat being vacated by Sen. Pat Roberts, R.

The fear had been that former Secretary of State Kris Kobach, R, who had blown the 2018 race for governor, would win over a divided field with as little as one-third of the vote. Wagle’s departure opens the way for Rep. Roger Marshall, R.

A Marshall nomination probably guarantees that the seat stays in Republican hands. A Kobach nomination puts that very much in doubt.

Senate GOP Leader Mitch McConnell is a famously cool customer, but if any race had him on suicide watch, it was this one. Republicans already face tough enough races in Arizona, Montana, Maine, and Colorado. If they’re going to maintain their Senate majority, they cannot afford to be struggling to defend a seat in Kansas, where they should win easily.

The primary will be held August 4.