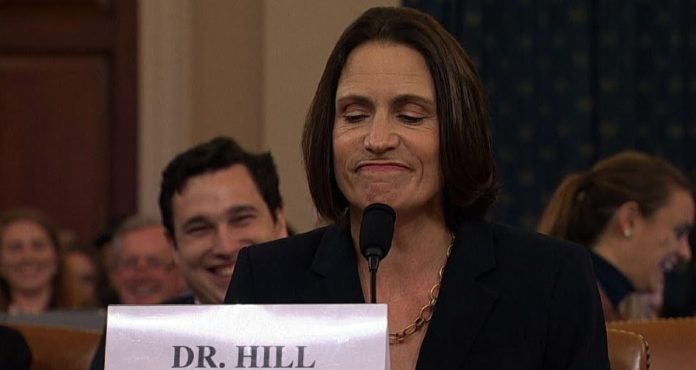 Sharyl Attkisson at The Hill remarks that the current House impeachment hearings reveal a stunning attitude among America’s diplomatic staff.

Several of the testifiers stipulate that they believe that President Trump is wrongly upending decades of foreign policy. However, Attkisson notes that this upending is probably Trump’s intention. Diplomats like Fiona Hill and George Kent expressed a strong dislike to the president’s policies without a mention that the president’s wishes are their prerogative to carry out. Instead of talking about executing policy, the testimony focused on what diplomats thought of the policy.

When President Trump ran in 2016, one of his hallmark promises was to “drain the swamp.” This kind of behavior only confirms that there are officials in the American government who are willing to go against the wishes of the president even though he is their elected authority.

Trump may be wary of the “swamp” that is comfortable with the status quo. He should not tolerate overreach if it interferes with his polices as President of the United States.