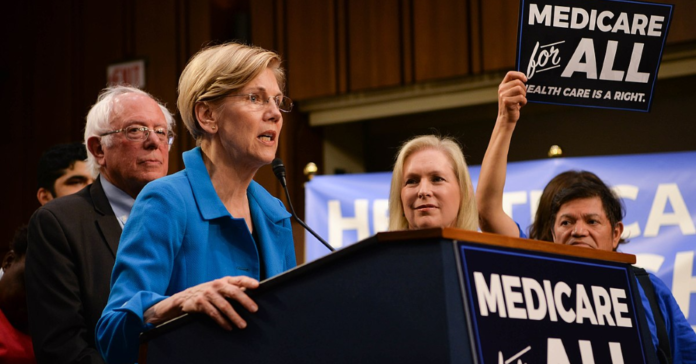 Trouble in socialist paradise: Last Friday’s news dump was an unusual one. The item most important to House Democrats was the resignation of Saikat Chakrabarti as Rep. Alexandria Ocasio-Cortez’s chief of staff.

Chakrabarti, whose money, effort and strategy put Ocasio-Cortez into office, is going to a non-profit whose aim is to promote the Green New Deal, a $93 trillion environmental measure that received zero votes in the U.S. Senate earlier this year.

There are two potential reasons for this. One is that, not long ago, he was angrily tweeting at moderate Democrats, accusing them of being “hell-bent to do to black and brown people today what the old Southern Democrats did in the 40s.”

You can just imagine, based on such a declaration — either frighteningly fanatical or incredibly cynical, and it isn’t clear which would be worse —  how it could be that Chakrabarti’s nominal boss would have accused the liberal Speaker of the U.S. House, Nancy Pelosi, of treating her and her comrades in a racist and sexist manner.

So is his ouster a sign that Pelosi prevailed — that AOC had to get rid of this lightning rod in her office? Or is it because of the federal investigation into his PAC? Chakrabarti apparently funneled $1 million into two of his own companies from a PAC that had an almost identical name. That represents almost one-third of the money raised by both Brand New Congress and Justice Democrats.

Which is the real reason for Chakrabarti’s sudden disappearance? It’s not clear, but his rise to prominence in Washington should make normal people worry. As mentioned above, he basically seems to think race relations in today’s Democratic Party are no better than when Strom Thurmond ran for president as a Dixiecrat on a segregationist platform. This delusion reflects both AOC’s allegations that Pelosi is a racist and the Monty Python-esque Democratic Socialist conference that blew up on Twitter thanks to complaints in mid-session about “gendered language.”

Dem debates: In short, one gets the impression from all this that one of America’s two major political parties is being taken over by people who have completely lost touch with reality.

On the first night of the Democratic debate, it surely seemed so. If Bernie Sanders was Marx, Elizabeth Warren was Lenin. Her entire goal in the debate was to make sure he never got to her left, and she succeeded, denouncing profit and the market economy from the stage in myriad ways. Warren’s entire plan requires that when Sanders fizzles, she gathers and consolidates his left-wing support. This could be enough to push her past Joe Biden in early states — especially New Hampshire, but also Iowa — with momentum snowballing into California. The collapse of Sanders, Kamala Harris, and all of the minor candidates could leave her in a one-on-one confrontation with Biden after California, in which case she would have a reasonable chance of winning the nomination. Otherwise, forget it.

The moderate Democrats such as John Delaney and John Hickenlooper, who challenged the Sanders-Warren revolutionary socialist vision on healthcare and other topics, were not actually taking them on. Rather, they were trying to set themselves up to inherit the mantle of reasonable centrism in the event that Biden fizzled the following night. Unfortunately for them, Biden did quite well. This makes it much less likely that the other moderates (including Michael Bennet) will make the debate stage in the third round. So much the better for Biden.

Biden’s adequate performance, alongside Harris’ miserable performance, both serve to impel us toward a Warren-Biden collision that seems inevitable.

Meanwhile, an interesting side question could affect that outcome: Will left-wing billionaire Tom Steyer qualify? Everything hinges on his ability to get to 130,000 donors and 2% in two more polls. Even if he does qualify, it’s anyone’s guess whether his presence on the debate stage will pose a serious challenge to Warren.

Pete Buttigieg, Beto O’Rourke, Amy Klobuchar and Cory Booker are already locked in for the third debate, but don’t put any bets on them mattering. Bill de Blasio and Kirsten Gillibrand probably won’t be there. Washington Gov. Jay Inslee is on the bubble.

Tulsi Gabbard needs a few more good poll results, but her main role of torpedoing Harris’ candidacy was probably fulfilled in the second night’s debate. It won’t make her a major player seeking the nomination.

Kentucky: Attorney General Andy Beshear, the Democratic nominee, was the beneficiary of a campaign fundraiser hosted by the operator of Kentucky’s only abortion clinic. And Republican Gov. Matt Bevin wasn’t about to let the fact go unnoticed.

“This is blood money, straight up,” he said. “They’re killing people for profit, and they’re giving the money to Andy Beshear. That’s it. You can sugar-coat it all you want, but that’s exactly what’s happening. We have an attorney general, whose sworn job it is to defend the laws of this state, that refuses to do so because for a few thousand bucks. He’s that easily bought off.”

It was completely brutal. It’s also exactly what Bevin needs to be saying.

He needs to highlight the incongruity between Beshear’s pro-abortion, left-wing social views and the views of most Kentucky voters. Democrats have, over the years, succeeded in Kentucky to the extent that they have been able to muddy the waters about social issues and campaign on populist themes — one reason President Trump is so popular there. But in today’s polarized America, it is not really possible to survive on such duplicity. And as the voter registration statistics show, the state is becoming more and more Republican by the month, with fewer registered Dems today than there were five years ago.

Were this race taking place in Massachusetts, you can bet Beshear (or whatever Democrat) would be doing exactly the same thing, denouncing the Republican’s ties to the NRA or his pro-life views or some other social cause. Kentucky is where it works the other way. 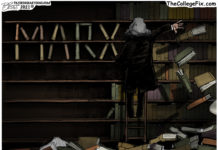 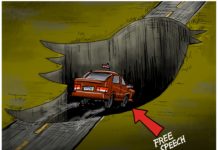 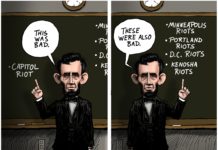