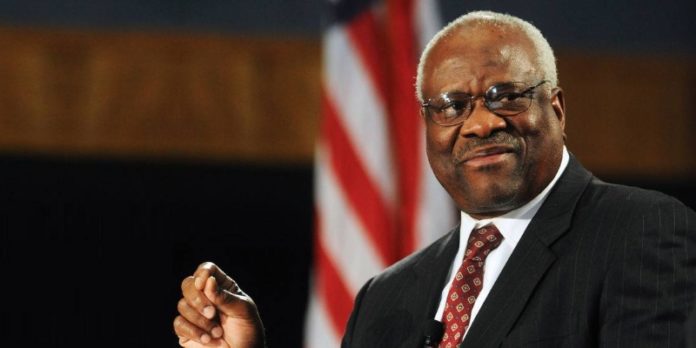 It has been three years since Justice Clarence Thomas spoke or asked a question during oral arguments at the Supreme Court. The famously silent justice has asked only two questions in the past 13 years.

His most recent intervention was during the arguments of a case determining if prosecutors had improperly retried a suspected murderer.

The defendant, Curtis Flowers, was arrested for murder in 1996. His initial trial ended in a hung jury and he was retried five times over more than a decade when repeated juries were unable to reach a conclusion on the case.

Mr. Flowers was convicted of the quadruple murder in a 2010 trial, in which District Attorney Doug Even struck 5 of 6 possible black jurors. The Mississipi supreme court upheld the case, saying they found Evens struck the jurors for reasons neutral to race.

The justices were perturbed by “troubling” evidence of racial bias Mr. Evans displayed when selecting juries. Over the multiple jury selection Evans struck four and a half times as many black jurors as white jurors, according to an analysis by “In The Dark,” an investigative podcast from APM Reports.

Justice Thomas has been criticized for his aloof approach, but he feels it isn’t “helpful” to the process to ask as many questions as the other justices do. “I think we should listen to lawyers who are arguing their case,” he said while speaking at Harvard in 2013.