Emergency resolution: President Trump cast his first veto last week — not a surprising one, given that he was vetoing a resolution designed to thwart his most noteworthy campaign promise.

Trump ran for office promising a wall that would stem the tide of illegal immigration. But it proved harder than he expected. He didn’t get the money for that wall from the Republican Congress during the first two years of his term. And now he’s been forced to declare a military emergency in order to get it while Democrats control the U.S. House.

Trump’s declaration is probably within the letter of the law. That’s because long ago, Congress gave presidents the authority to declare such emergencies. But should it have?

The most important question for Democrats is whether they can stop Trump. They may not be able to. But Republicans face questions too. Trump won’t always be president. Even his biggest fans should be concerned with what future presidents can do with this same emergency power. It may be in the interest of both parties — and of Trump, unless he wants to see his work undone by a successor — to prevent such declarations in the future.

Trump’s veto is sure to hold up, based on the numbers in the first vote. Whether the courts will let his emergency declaration stand is another matter.

Beto: Former Rep. Robert Francis O’Rourke, D-Texas, got off to a pretty sloppy start on 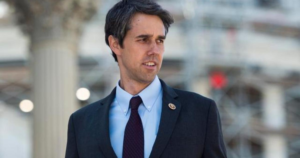 The worst scandal for O’Rourke, objectively speaking, was his violent violent and obscene writing from his teen years, covering everything from bestiality to mowing down children with a car. (Yes, really.)

That’s a genuine problem for him with normal voters. But in today’s Democratic Party, it wasn’t his biggest problem last week when he launched his campaign.

O’Rourke’s rather egotistical remark about being “born to run” was justly ridiculed, and of course it was stupidly attributed to “white privilege” instead of just his overweening ego. But no sooner had he made a (perfectly tasteful) joke about his wife doing most of the work in his family, than the social justice crowd pounced. (Evidently, most of them are supporting other Democrats’ campaigns.)

And of course, instead of holding his ground, Beto apologized like the sniveling coward he probably needs to be if he wants to win the Democratic nomination.

“Not only will I not say that again, but I’ll be more thoughtful going forward in the way that I talk about our marriage, and also the way in which I acknowledge the truth of the criticism that I have enjoyed white privilege…My ham-handed attempt to try to highlight the fact that Amy has the lion’s share of the burden in our family — that she actually works but is the primary parent in our family, especially when I served in Congress, especially when I was on the campaign trail — should have also been a moment for me to acknowledge that that is far too often the case, not just in politics, but just in life in general. I hope as I have been in some instances part of the problem, I can also be part of the solution.”

All that, just for trying to make a joke praising his wife at his own expense. Really.

To all normal people — that is, to all but the most hardened partisan Democrats — this sounds like a hostage video. And it is.

“Beto” is seeking the nomination in a party that has lost touch with reality. The Democrats, pressed by an angry base that hasn’t been able to think straight since Trump’s election, have dissolved into hyper-politically-correct humorlessness.

America is about to experience the wokest of woke presidential primaries. It isn’t going to be pretty. That’s why, even if Trump’s re-election chances seem less than stellar, he probably begins this race as the favorite.

Biden: Of course, if there is one Democrat who might be favored against Trump from the

outset, it is Joe Biden, the former vice president. Although he is not officially in the race yet, he is likely to enter soon.

He has already had his first tangle with the woke-ists. Biden, as we have previously noted, is everything the Democratic Party is running away from. Though quite liberal, he is white, male, straight, and insufficiently anti-religious for today’s Democrats. But he’s also the only viable candidate in his lane. If all the other candidates are woke fanatics, then Biden becomes the one normal guy who can cobble together a plurality among Democratic voters in Iowa or New Hampshire.

Yes, he chickened out on praising Mike Pence as a decent guy, which shows a certain lack of moral courage. But he also knows how to do what Trump does best — to get in the other guy’s face and rough him up. This is what Biden did to Paul Ryan in the 2012 vice presidential debate, and it really did work.

What would a fire-versus-fire debate between Trump and Biden look like? It’s hard to say, but it would be a real match — nothing like that second Trump-Clinton debate in which the media favored Clinton but the audience couldn’t help but prefer Trump if only for his style.

North Carolina-9: After charges of illegal ballot harvesting, the 2018 election in this southern North Carolina district has been scrapped and a new election has been called. Democrats are renominating Dan McCready, who came within 1,000 votes of an upset. With 2018 Republican nominee Mark Harris and former Rep. Robert Pittenger, R, opting out of the race, ten Republicans filed last week for the May 14 primary. Harris has encouraged supporters to back Union County Commissioner Stony Rushing. Also running is state Sen. Dan Bishop, R, who authored the statewide prohibition on municipal bathroom ordinances.

The general election won’t be held until September, or else November if nobody gets 30 percent in the primary and a runoff becomes necessary.

President Trump won this district by 12 points, and it would be a huge blow to the GOP if they were to lose it now.