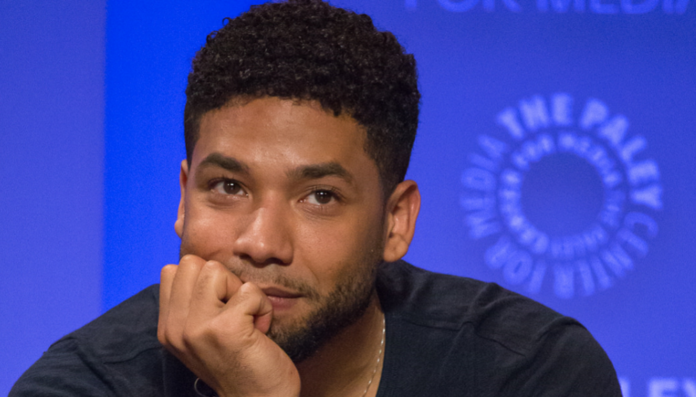 President Trump took aim at Jussie Smollett for a critical portion of Empire actor’s hoax hate crime story—Smollett’s insistence that his “attackers” shouted, “This is MAGA country!” while assaulting him.

Smollett made the comments in a televised ABC interview.

Trump tweeted on Thursday that by doing so, the disgraced celebrity insulted “tens of millions of people”:

.@JussieSmollett – what about MAGA and the tens of millions of people you insulted with your racist and dangerous comments!? #MAGA

The acronym for the slogan “Make America Great Again” became famous during Trump’s 2016 presidential campaign. Smollett’s choice to embellish his story with the “MAGA country” comment put a decisively anti-Trump skew on his account of events.

The president was quick to pick up on the implications of Smollett’s comments for his supporters. The incident recalls a similar incident in 2016, when Trump voters embraced former Secretary Hillary Clinton’s “deplorables” insult. Trump returns to the epithet regularly when speaking to his supporters.

As of Thursday, Smollett has been arrested in Chicago for filing a false police report.