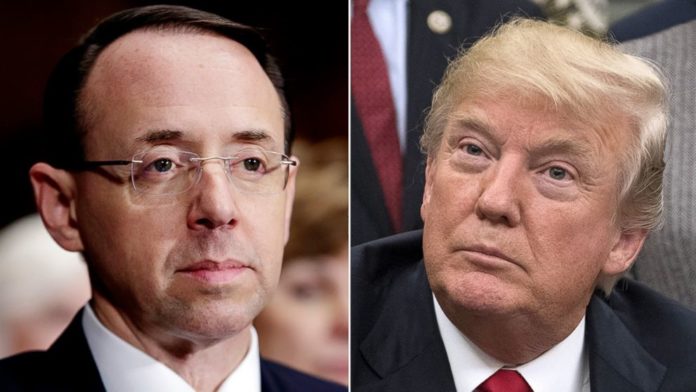 Rosenstein has been in the hot seat in recent weeks after he reportedly plotted to use the 25th Amendment to remove President Trump. Rosenstein also wanted to secretly record Trump.

“I think at this particular point, Rod Rosenstien’s priorities are misplaced. His unwillingness to come before Congress and allow us to conduct proper congressional oversight, along with the other information that we’ve learned over the last week or so, would indicate that Rod Rosentein has not displayed the candor of which would support one’s theory of actually believing that he has been open and honest in all regards,” Meadows told reporters.