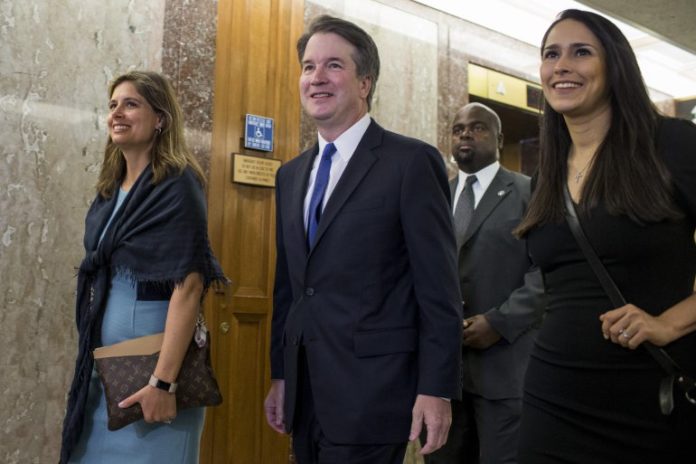 Supreme Court Justice Brett Kavanaugh is folowing through with his promise to hire an all female staff.

Kavanaugh is the first ever Justice in US history to do so.

“Supreme Court Justice Brett Kavanaugh has hired four women to clerk for him, maintaining a pledge during his confirmation process to hire an all-female staff, The New York Times reported Sunday.

The hires reportedly make Kavanaugh, who was confirmed and sworn in over the weekend, the first Supreme Court justice to have an all-female staff.

The Times reported that only one of the four women, Kim Jackson, previously worked for Kavanaugh at the appellate court level. The other three are Shannon Grammel, Megan Lacy and Sara Nommensen, each of whom worked for appeals court judges appointed by Republicans, it added…

Kavanaugh told senators last month in his confirmation hearing that the majority of his clerks during his 12 years as a federal judge have been women in an effort to improve representation, and that, if confirmed, he planned to hire all women for his initial staff.”