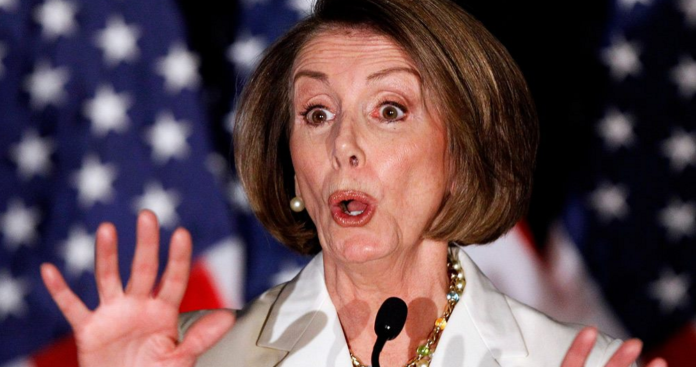 “House Democrats have finalized their campaign slogan heading into the last months before the midterm election: ‘For the People,'” reports Politico this week.

“The new motto, which Democratic leaders unveiled in a private meeting with members Wednesday morning, is meant to put a finer point on the broad economic-based messaging Democrats have been pushing with mixed success since last summer. That initial message — a ‘Better Deal’ — has largely failed to break through with voters and has been openly mocked by some Democratic lawmakers.”

It’s instinctive enough for conservatives to understand: Democrats offering Americans a “better deal” than the Republicans have in the past two years is fairly laughable, given that Republicans and the Trump Administration have delivered historic tax cuts, and currently sit in office during a time of simultaneous increased job creation and the lowest unemployment rate in nearly two decades.

So, naturally, Democrats must resort to vague gestures towards policy-making under the guise of empathizing with the common folk—”for the people.”

Even some Democratic lawmakers realize it’s not much of an improvement: “‘I don’t think any of us are claiming this is poetic or this is the end-all-be-all of messaging,’ [Illinois Congresswoman] Bustos said. ‘It’s just a way, in a quick way, to put together the answer to what we stand for.'”

All the same, Democrats are consistently polling ahead of Republicans on the generic ballot. While their messaging choices may be drawing smirks for now, their chance to take congressional power may very well come to pass in November.