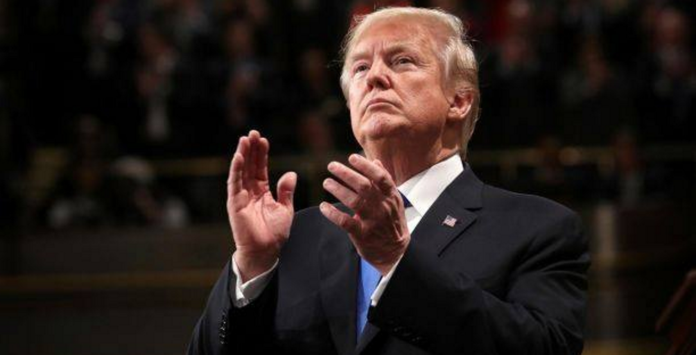 “The announcement was made by the Department of the Treasury and includes the 13 Russians who were recently indicted in Special Counsel Robert Mueller’s probe.”

The Treasury department’s full statement can be read here: https://home.treasury.gov/news/press-releases/sm0312

In the statement, Secretary Mnuchin is quoted and declares, “The Administration is confronting and countering malign Russian cyber activity, including their attempted interference in U.S. elections, destructive cyber-attacks, and intrusions targeting critical infrastructure. . . These targeted sanctions are a part of a broader effort to address the ongoing nefarious attacks emanating from Russia.”

News of these sanctions for Russian attempts to interfere in American politics comes in the same week that the United States joins the United Kingdom, Germany, and France in condemning Russia for poisoning ex-spy Sergei Skripal and his daughter while they were in the U.K. The Russian government denies responsibility for the attack.

American ambassador to the United Nations Nikki Haley blamed Russia for the chemical assassination attempt and called for international community to take “immediate, concrete measures” against the nation.

All this to say, if any presidential administration could be accused of being “soft” on Russia, “colluding” with Russia, or not looking out for American interests when it comes to dealing with the foreign nation, it is not the Trump Administration.

Obama to Meet With Putin Next Week