The FBI ignored warnings about Florida school killer Nikolas Cruz months ago, reports say. Despite bragging on YouTube that Cruz wanted to be a “professional school shooter,” the FBI did nothing except interview the man who reported the comment.

Cruz killed 17 Wednesday at a high school in Parkland, Florida.

“Last fall, a Mississippi bail bondsman and frequent YouTube vlogger noticed an alarming comment left on one of his videos. “I’m going to be a professional school shooter,” said a user named Nikolas Cruz.

The YouTuber, 36-year-old Ben Bennight, alerted the FBI, emailing a screenshot of the comment and calling the bureau’s Mississippi field office. He also flagged the comment to YouTube, which removed it from the video.

Agents with the bureau’s Mississippi field office got back to him “immediately,” Bennight said, and conducted an in-person interview the following day, on Sept. 25.

“They came to my office the next morning and asked me if I knew anything about the person,” Bennight told BuzzFeed News. “I didn’t. They took a copy of the screenshot and that was the last I heard from them.”

In the wake of the deadly shooting, questions have emerged over whether officials and acquaintances had missed warning signs about the alleged shooter, a former student who was expelled from the high school last year for disciplinary reasons.

Classmates, relatives, and neighbors have described Cruz as a troubled “loner” who often talked about guns and flaunted his obsession with weapons on his social media accounts. And Jim Gard, a math teacher at the school, told the Miami Herald that the teen had previously been identified as a potential threat to other students.” 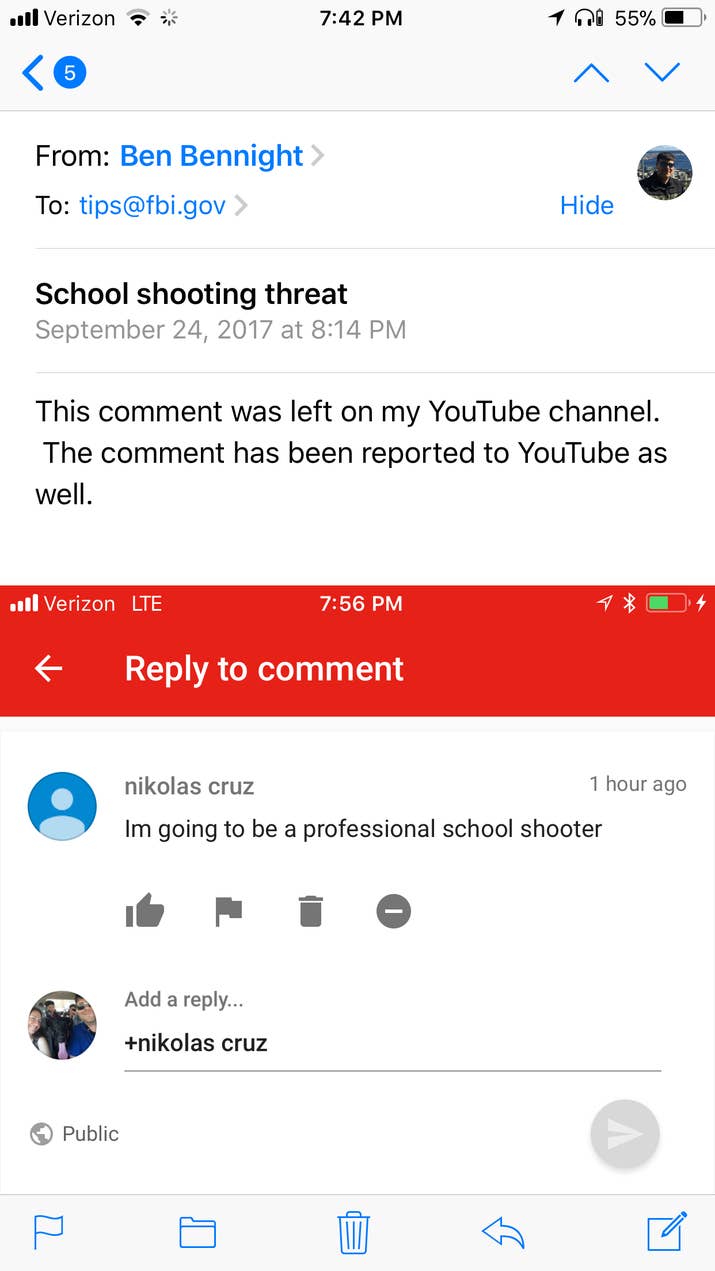