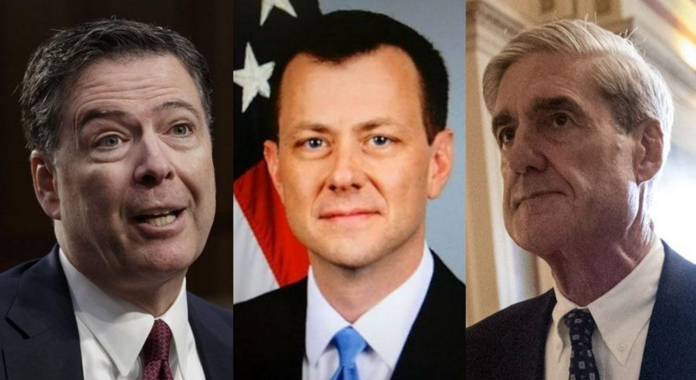 Judge Jeanine Pirro says indictments will be handed down against major players involved in FBI corruption against President Trump.

Pirro, a former Judge who currently hosts a popular weekend show on Fox News, made the comments Wednesday in an interview with Sean Hannity.

In light of the FISA memo from the House Intel Committee, Grassley’s Senate Judiciary Committee memo and new Strzok-Page text messages, Pirro believes we are on the brink of “indictments coming down” on corrupt FBI officials.

“Comey needs to be the target of an active criminal investigation, I’ve said that a million times,” she added.

The host of “Justice With Judge Jeanine” said the public is beginning to put the “pieces of the puzzle” together when it comes to misconduct within the FBI and Justice Department toward President Trump and his team.

“President Obama lied to us when he said ‘I’m not involved in anything’” relating to an investigation,” she said.

She said that the storyline surrounding the unverified Trump-Russia dossier, the series of Congressional memos and texts between two “FBI lovebirds” reads like a “Hollywood” screenplay.

Pirro said that if someone “wrote a script for Hollywood” based on the events and revelations, producers would think it was “over the top.”

Watch The Interview Below: