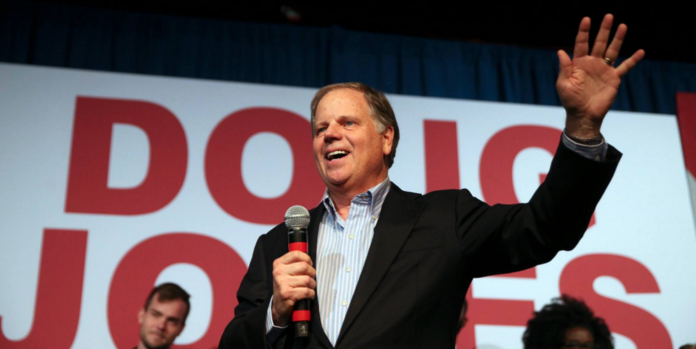 Doug Jones hasn’t even been sworn in as Alabama’s new Senator yet, but he is already upsetting fellow Democrats.

Jones said in an interview Sunday that he doesn’t think President Trump should resign over sexual harassment allegations because voters already had a chance to decide the issue last November.

It could be an indication that Jones will govern in the mold of a conservative, “blue dog” Democrat as he faces a tough re-election battle in 2020.

“The senator-elect also said he doesn’t agree with some in his party who say President Donald Trump should resign from office over the sexual harassment and sexual assault allegations against him, which Trump has denied.

“(T)hose allegations were made before the election, and so people had an opportunity to judge before that election,” Jones said.”