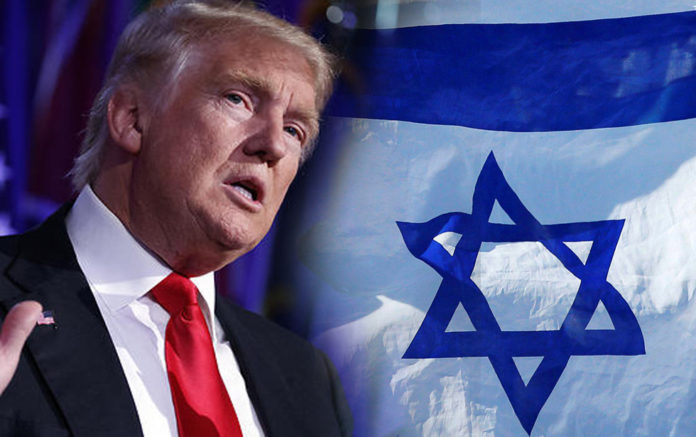 President Donald Trump will recognize Jerusalem as the capital of Israel and move the United States embassy in Israel from Tel Aviv to Jerusalem later this year, reports say.

“President Trump told Israeli and Arab leaders on Tuesday that he plans to recognize Jerusalem as the capital of Israel, a symbolically fraught move that would upend decades of American policy and upset efforts to broker peace between Israel and the Palestinians.

Mr. Trump is expected to announce his decision on Wednesday, two days after the expiration of a deadline for him to decide whether to keep the American Embassy in Tel Aviv.

Palestinian officials said Mr. Trump told the president of the Palestinian Authority, Mahmoud Abbas, that the United States would move the embassy to Jerusalem. Jordan said the president gave a similar message to King Abdullah II.

American officials, however, said such a move could not occur immediately for logistical reasons, given the lack of facilities to house the embassy staff. As a result, Mr. Trump is expected to sign a national security waiver that would authorize the administration to keep it in Tel Aviv for an additional six months.”

The move is a huge win for Israel, and fulfills another 2016 campaign promise from President Trump.

Israel and the Middle East could see more than just protest marches in the street after the announcement, some believe a severe wave of violence could be coming if the change occurs.

According to Israeli media reports:

“Egypt has warned of “possible dangerous repercussions” if U.S. President Donald Trump follows through on plans to recognize contested Jerusalem as Israel’s capital…

According to Saudi media, an official source at the Saudi Foreign Ministry said that Trump’s potential recognition of Jerusalem as Israel’s capital would have “very serious implications” and would be seen as “provocative to all Muslims’ feelings.”

Arab League Chief Ahmed Abdoul Gheit said Tuesday that any step changing Jerusalem’s status quo would be a “dangerous measure that would have repercussions” throughout the Middle East. He encouraged Trump to reconsider his decision.”