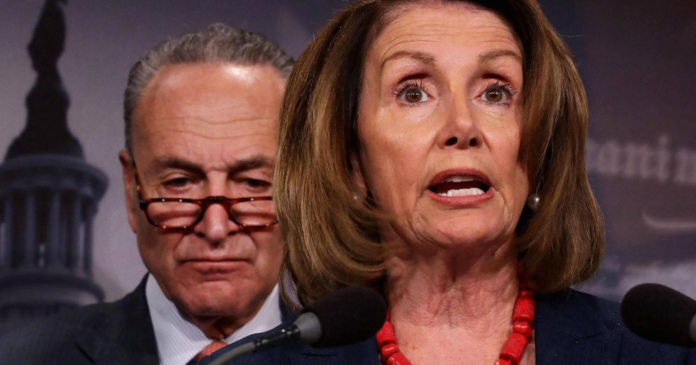 Democrats are threatening a government shutdown, Politico and The Hill report. They demand the funding bill include legal protections or a path to citizenship for Dreamers. Conservative Republicans say the immigration fix should be addressed next year instead of being tacked onto a budget bill.

“House conservatives have warned Speaker Paul Ryan against lumping a fix for undocumented immigrants who came to the country as minors into a year-end spending deal. They want him to keep the two issues separate and delay immigration negotiations into 2018 to increase their leverage — which both Ryan and the White House consider reasonable,” according to the Politico report.

“But many liberal Democrats have already vowed to withhold votes from the spending bill should it not address Dreamers, putting Democratic leaders Nancy Pelosi and Chuck Schumer in an awkward spot if they don’t go along.”

Democrats have been threatening a shutdown since September if the DACA fix isn’t included in the spending bill. Sen. Bernie Sanders (I-VT) and several Democratic senators have already publicly said they will not support any federal spending measure that does not in their view adequately protect Dreamers from deportation.

But Republicans are sure to share some of the blame for intra-party fighting, along with Congress’ typical inability to take hard stances, if a shutdown comes to pass.