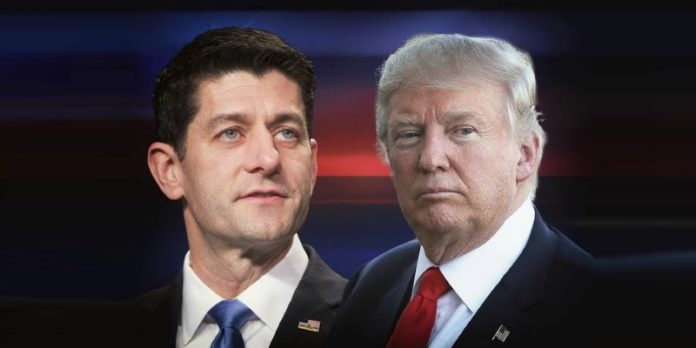 This week will be a very important one in Washington — and Republicans are fortunate to have gotten one of their two big issues out of the way.

The deal struck over the weekend on keeping the government from shutting down doesn’t accomplish any of the goals conservatives hoped for, but it frees their hand for an ambitious and potentially dangerous second pass at repealing and replacing — or at least changing and fixing — Obamacare.

Given the stakes involved, it might well be worth putting more contentious battles over sanctuary cities and Planned Parenthood funding off until President Trump’s first full fiscal year begins in October. But only if they succeed. If they fail, it’s another matter entirely.

Republican leaders must be very confident in order to telegraph their plans in advance to tackle health care once again. They seem confident that they have more votes than they did previously, but they’d better be certain. A second failure would be catastrophic for both Trump and Republicans in Congress. The first failure sent a message of incompetence that created serious questions about Republicans’ ability to govern. A subsequent success would wipe all of that out, but a second failure would be doubly devastating.

The best argument for getting this done now is the possibility that Republicans will be cowed after another recess during which they face intimidating town hall crowds. The thinking goes that it’s better to get it done right away, before members go home next week and become frightened by the potential blowback.

That’s all good and well — as long as you succeed in passing a health care bill this time. Because if the bill fails or has to be pulled once again, and members go home to that negative town hall chorus afterward, it will be an intimidating experience indeed. If you think it’s scary to go home and be screamed at by liberals in town halls, imagine being screamed at after you try an fail to pass another bill. That would probably be enough to put the brakes on any further attempts.

Alabama: The National Republican Senatorial Committee has announced that it will treat appointed Sen. Luther Strange, R, as an incumbent. The Republican Party’s Senate campaign arm has threatened to blackball campaign consultants who work with any of his current or potential opponents in the primary election coming in the late summer.

It is a very controversial decision, however, as Strange was appointed under very unusual circumstances. Former Gov. Robert Bentley, R, was being investigated by Strange, then the state’s attorney general, when Bentley appointed him to the U.S. Senate. The appointment was viewed by some as a way of buying Strange off and getting him out of the state.

Bentley was subsequently forced to resign in disgrace over the scandal in question, involving his use of state resources in an alleged affair. In a way, his resignation bolsters Strange’s case that there was nothing untoward. But in a way it reinforces the doubts, suggesting that the appointment is the fruit of a poisoned tree.

The Republicans who have entered the August 15 primary election include former Alabama Chief Justice Roy Moore (known popularly as the Ten Commandments judge) and Randy Brinson, head of the Christian Coalition of Alabama.

Montana-At Large: Throughout and including the run-up to the special election that Democrats failed to win in Georgia, there have been questions about why the party has not been more involved in this special election. One reason came out nearly a month ago: The Democratic nominee, musician Rob Quist, was playing concerts during a period when he claimed he was unable to work for medical reasons and therefore unable to make mortgage payments.

This probably will not help his uphill climb against the Republican nominee, Greg Gianforte, but it also explains why the Democrats have not been pouring copious resources into the election, which takes place May 25.

Florida-27: The retirement of Rep. Ileana Ros-Lehtinen, R-Fla., is noteworthy especially because it puts into play what could have otherwise been considered a safe seat for the GOP. She leaves vacant a seat that Hillary Clinton carried by 20 points.

The old Cuban Republicanism, whose health in South Florida has been very much in doubt in recent elections (especially when Barack Obama was on the ballot), will be put to the test in a big way in 2018. Hillary Clinton carried the district by ten points, and it will take a very specific type of Republican candidate to hold it. One possible GOP candidate is former Lt. Gov. Carlos Lopez Cantera, who for a time was angling to be the establishment candidate for Senate, before Marco Rubio jumped back into his re-election race.

House retirements often send a message, and this one isn’t good. This is the sort of retirement Republicans hope would come in a year when they were expected to gain House seats — not in a year like this one, when they are nearly certain to lose at least a few and possibly quite a few more. If you’re judging the parties’ respective prospects based on retirement decisions, then the edge so far seems to be with the Democrats.

Minnesota-7: To illustrate the fact that Democrats are not suffering a similar problem with shaky retirements, look only to the decision of Rep. Collin Peterson, D, to hang on and run again in a district that Republicans are sure to pick up whenever he decides to retire. You can’t find a district that’s more unlike Ros-Lehtinen’s Miami seat: Rural, white, working-class and heavily pro-Trump. Peterson won re-election even as President Trump won by an astounding 30-point margin.

Minnesota-8: Rep. Rick Nolan, D, has put off his decision about whether to run for governor off until July. He would be a better shot to keep his Iron Range seat in Democratic hands than anyone else — he came within about 2,000 of votes of losing in 2016, and his normally Democratic district went strongly for Trump. Without question, House Democratic leaders will be pressing him to stay in place.

Virginia-10: Hillary Clinton carried this very swingy inner-D.C. suburban district, Democrats have been looking for someone to challenge Rep. Barbara Comstock, R. The state’s first lady, Dorothy McAuliffe, D, is said to be interested. Suburban Virginia has been Blue-ing at an alarming pace, but Comstock’s ability to win with relative ease and high turnout against an up-ticket tide in 2016 is noteworthy.