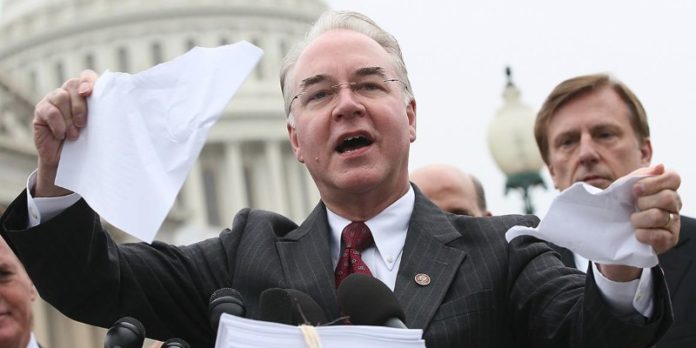 Now that the Secretary of Health and Human Services, former Georgia Rep. Tom Price has been confirmed, the Trump administration has a new leader in the effort to repeal Obamacare. The 2010 healthcare act gave wide discretion to the executive branch regarding the implementation of the law, meaning Price should be able to easily roll back coverage mandates and ease eligibility requirements.

The Trump administration has signaled that newly confirmed Price will be outlining the views of the President on Congressional Republicans attempting to formally repeal the law, as well. As the former chairman of the House Budget Committee and a medical doctor, Price is familiar to both friends and foes of the ACA.

Senate Majority Whip, John Cornyn of Texas, said the confirmation of Price should be able to “get the process moving”, explaining that the Republican conference plans to get together behind a single bill that follows the Senate’s rules.

“It is going to take us a series of actions and it’s not going to be another 2,700 page bill. We’re working to achieve consensus,” he said. “After seven years we’ve got all sorts of great ideas but we have to come together behind one”… “We have to do it consistent with the budget reconciliation rules, which constrain how much we can do through that process, but a combination of what Dr. Price can do, once confirmed, administratively, together with the reconciliation bill that finishes the job.”