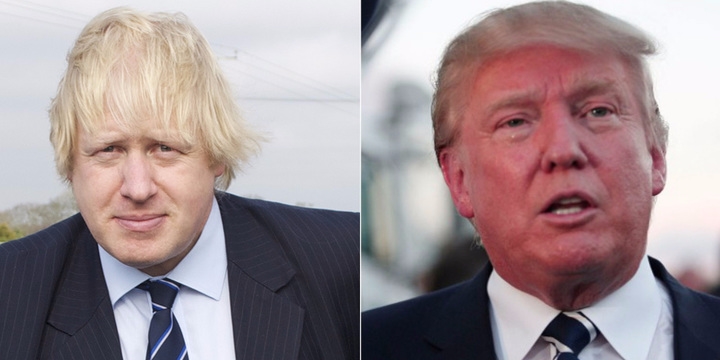 For a sign from the heavens about world trends, look to Great Britain. The United Kingdom (and English and Welsh voters especially) just voted to quit the European Union after four decades of membership. The significance and the shock of this vote cannot be overstated. It seemed completely unthinkable until about two weeks ago, and even now hardly seems to be real.

Many issues drove the campaign to quit the EU, and a few important ones might seem rather familiar.

For example, the free movement of travelers and immigrants throughout the 28-nation superstate. To be sure, the immigration situation in Britain does not much resemble ours. For one thing, it is an island with only one land border (with Ireland, or two borders if you include Gibraltar) that is not generally a problem in terms of immigration. And Britain is not within the Schengen Area, meaning that travelers have always been required to show their passports upon arrival, and this has mostly kept Britain free of the completely disorderly entry of Middle Eastern immigrants that Eastern European countries have been experiencing.

Still, other EU citizens are free to establish residence and find work in Britain once they arrive, and this effectively means that Britain has no control over its own immigration situation. As some Leave campaigners argued, this cuts both ways in terms of immigration numbers, as non-EU citizens who are members of the British Commonwealth (including Indians, West Indians, Australians, etc.) are effectively discriminated against under an immigration policy that is controlled from Brussels.

Meanwhile, the economy of the European Union has been a slow-growing basketcase, rife with failing economies and massive bailouts. Britain’s own economy, though spared the worst by its non-membership in the Euro, has not performed significantly better as a member. subject to the same EU regulations and protectionist trade policy. This surely helped make British voters restive and ready to depart, and this is something Britons have in common with their American cousins right now.

The chart below shows economic growth per capita over a 20-year period, with 1996 as the zero benchmark. A few important European nations (not the ones in the worst trouble right now) are specifically plotted, as is the United States. What you’ll notice is that these economies were indeed growing for some time at a reasonable pace, and Britain faster than any other. But then all growth suddenly ground to a halt around 2006 or 2007.

Europe has suffered a lost decade, but to be fair, so has America — and if we were to include them, we would see that certain non-EU European countries have suffered the same problem.

What will eight years of international economic stagnation get you? What does it look like? It looks like Brexit, regardless of the rightness or wrongness of certain arguments in favor or against. And alarmingly for Brussels, Britain is not believed to be the EU member with the worst case of Euroskepticism at the moment. Danes, Italians, Austrians and French voters may actually be even more prepared to quit.

So does this mean Trumpxit? For Americans, this topic naturally turns us to Donald Trump. Surely, it is not a coincidence that just as British voters were choosing to cast off the shackles of Euro-elites, Americans were voting in large numbers for Trump on the one side and for Bernie Sanders, the Democratic patron saint of anti-capitalism. The current of populism is flowing through more than one nation right now.

First, the theory underpinning more open immigration policy is that there’s plenty of room for more to take a piece of pie as long as the pie is expanding. But when it isn’t expanding — and it hasn’t expanded much or at all since 2007 in any of the nations above except Germany — feelings of resentment tend to run high. If economic productivity remains stagnant, for whatever reason, then maybe immigrants really are “taking away our jobs.”

Throw in the recent terrorist attacks in Belgium and France, and you get an awful lot of people concerned about their ability to lead a safe and prosperous life in the land of their own birth, with immigration a large part of the reason.

Next, compare Trump’s argument about trade policy and the diplomatic power that importer nations can potentially wield. In the case of Brexit, the EU has considerably more to lose right now than Britain does. First and foremost is the threat that other member-states could also hold referenda and bail out, but even on trade the EU doesn’t have much bargaining power. Europeans cannot very well afford to close off their markets to Britons, who are their best customers. The UK runs a larger (and growing) trade deficit with the EU than the U.S. does with Mexico, and over time, thanks in part to the demise of the Euro, Britons have come to export a larger and larger share of their own production to non-EU countries instead of into its fellow EU members.

This creates a light echo of Trump’s typical comments on Mexico — that they will have to do as he says and pay for the border wall because they can’t survive without our business. It is by no means a guarantee that Britain will get a favorable exit package, but it’s hard to see how the EU can afford to kneecap them.

Sed contra: So that’s how Brexit reminds us of Trump. However, this is the point where it’s important to note that there are some major differences. The most important is the truly massive difference between a referendum and an election.

As many Leave campaigners argued in Britain, voters could feel safe voting for “Leave” because it didn’t involve voting for UKIP leader Nigel Farage or any of the other Leave campaigners to run the government. Their previous statements, personal baggage, and other unattractive qualities were therefore rendered mostly meaningless in the election. They were merely voting for a national policy, not for the national leaders who would run the country or even decide how Brexit will go. (Farage’s unstable personality came to the forefront even on election day, when he publicly resigned himself to defeat at the beginning of the evening, only to reverse himself when it became clear his side had actually won.)

That fact that the EU referendum was not an election simplified the voters’ decision. It allowed the issue to unite people with very disparate political ideas. As a single issue, Brexit united many left-labor voters and British nationalists with middle class and libertarian voters, people who liked Boris Johnson with people who hated him, all despite massive differences on all other issues.

One can also see this in certain American referenda. For example, 65 percent of Arkansans supported a minimum wage increase in a 2014 ballot referendum. But although they were enthusiastically united behind this single policy, they were most certainly not willing to elect the Democrats who might do it normally through the regular legislative process, for reasons unrelated to minimum wage. In fact, in the same election Arkansans deposed a Democratic U.S. senator, shut democrats out of their U.S. House delegation, swept the state’s constitutional offices, and enhanced the GOP grip on the state legislature.

In a similar way, one might well find majority support in the U.S. for that big beautiful border wall (regardless of who pays for it). One could also conceivably find majority support for a tariff war against China or Mexico. But that’s quite a different thing from finding majority support for a candidate. It is not without reason that so much of American political coverage revolves around personalities, scandals, gaffes, and the like rather than just issues alone. The personal is not unimportant,  because voters are also making a character judgment, a value judgment, when they choose senators and congressmen and presidents.

If Trump is to win, he has to win over public opinion not only about his ideas, but also about himself. He isn’t just asking for this policy or that — he’s asking to be in charge of the United States of America.

That’s a more difficult proposition — although in 2016, nothing is impossible.