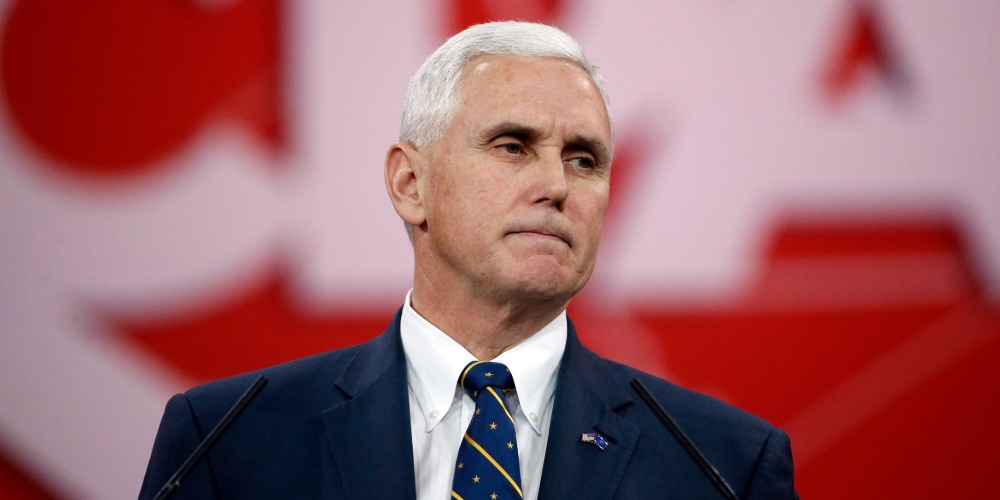 So the race is set in stone. Beyond the presidential race, though, there is a critical battle for control of the Senate. Republicans now have only one serious pickup opportunity (in Nevada), but could potentially lose as many as nine of the seats they now hold.

Here’s a look at some of the hotter Senate races Republicans will be defending down-ballot. In each case, one crucial question is how the GOP candidate or incumbent is dealing with the Trump candidacy.

Republican reasons for concern are real. If the national mood turns against them — or even just against Trump — they have a lot to lose in the Senate, including all of the seats they won in their 2010 near-sweep.

Arizona: Here’s a race Republicans wish wouldn’t be so competitive, but for a number of reasons it will be.

Both Republicans enjoy polling edges over Rep. Ann Kirkpatrick, D. But this could quickly become a winnable race for Democrats if Trump underperforms, which two recent polls in the state suggest he might.

McCain is publicly supporting Trump. In private, he was recorded saying he thinks Trump puts him in danger of losing.

Florida: At this point, rumor seems to be the only thing sustaining the idea that Marco Rubio might jump back into the race for his Senate seat. It’s hard, of course, to run again when you’ve just claimed in a presidential debate that the Senate is a waste of your time. Still, Rubio remains popular, and more than 50 percent of Floridians want him to run, according to one recent poll. He still has two business weeks to make up his mind.

Assuming Rubio doesn’t get back in before the June 24 deadline, there might still be one less contender — Rep. David Jolly, R, easily the most liberal of the contenders in the GOP primary, is reportedly considering dropping out and staying in his newly redrawn district. If he does so, he will have to fight off former Gov. Charlie Crist, D, who after losing for the Senate and a second bid for the governorship is trying to find a third life in politics.

That would leave Lt. Gov. Carlos Lopez-Cantera, an ally of Rubio, businessman Carlos Beruff, and Rep. Ron DeSantis, the Club for Growth candidate. None of the remaining candidates has much name recognition, and the primary in this race is still months away, scheduled for August 30. DeSantis and Beruff endorsed Trump in May after his Indiana win, and both had to scramble after Trump started attacking the “Mexican” judge (actually an American) in his fraud trial. Lopez-Cantera has pretty much avoided discussing Trump.

Illinois: Sen. Mark Kirk, R is pinning his re-election hopes on a lawsuit against his opponent, Rep. Tammy Duckworth, D, from her time at Illinois’ Department of Veterans’ Affairs. She is alleged to have retaliated against whistleblowers, a dirty word especially in the context of anything related to veterans’ affairs this year.

Kirk decided last week that he would deal with the Trump problem by rescinding his tentative support for Trump. Given Trump’s likely effect on the down-ballot within his state, it’s probably the right call. Kirk’s victories, going all the way back to his days in the House, have always depended on the support he is able to draw from the wealthy and generally moderate Republicans in Chicago’s suburbs — not Trump’s kind of voter at all.

Trump will surely not be spending any campaign time in Illinois, so Kirk is off the hook there. But the conventional wisdom views Kirk as a dead man walking anyway, and his seat a lost cause. Then again, Kirk has been counted out many before, especially back when he represented the northern Chicago suburbs in the House, and he’s always prevailed.

Indiana: Rep. Todd Young, R, is probably the stronger candidate that Republicans could have fielded against former Rep. Baron Hill, D, whom he defeated for his House seat in 2010. A poll taken just a week before the primary gave him a surprisingly large lead, but the relative weakness of Gov. Mike Pence, R, who will also be on the ballot, has to give Hoosier Republicans pause about everything this year.

Young has kept his support for Trump mostly to himself, but promised early on to support the party’s nominee, “whoever it is.”

It should be remembered that Hoosiers voted for Mitt Romney in 2012 and at the same time rejected the Republicans’ Senate nominee, Richard Mourdock, in what became an open-seat race. They also re-elected a Democratic governor along with George W. Bush in 2000, by nearly identical 15-point margins, and they re-elected a Republican governor in 2008 despite narrowly backing Barack Obama for president.

Ticket-splitting happens in Indiana, and it could work either way this year.

New Hampshire: Sen. Kelly Ayotte, R, has led narrowly in every poll taken this calendar year, most recently in late May, in what’s sure to be a very tight race. Her strategy for dealing with Trump has been to say she will support the party’s nominee but will not be endorsing anyone.

In a state where Trump did relatively well among Republican primary voters, she hopes that she can walk this tight-rope and keep her narrow lead until November. It’s a real longshot, with Democrats doing everything they can to equate her with Trump.

North Carolina: This race shouldn’t be competitive, but it is so far. Sen. Richard Burr, R, who has endorsed Trump, has seen a relatively comfortable lead against former state Rep. Deborah Ross, D, a second-rate challenger, narrow to the vanishing point. This probably has little to do with Trump, and more to do with Burr’s astoundingly low profile for a second-term senator.

North Carolina will be in play this fall in the presidential race. This race could go fine for Burr, or it could come to resemble the upset defeat of Sen. Elizabeth Dole in 2008. The governor’s race at the top of the ballot will be very close, making North Carolina one of the most important states in America in the grand scheme of things.

Ohio: Sen. Rob Portman, facing former Gov. Ted Strickland, D, is supporting Trump as quietly as he can. His decision to back the party’s nominee without much reservation stands in contrast to Trump’s loss of the state and the continued reluctance of Gov. John Kasich, R, to take that plunge. The Senate race polls on a razor’s edge, with a statistically insignificant but consistent edge for Strickland.

Pennsylvania: Sen. Pat Toomey, R, continues to post narrow leads against the Democratic nominee, Katie McGinty. Toomey’s apostasy from the NRA position after the Sandy Hook massacre doesn’t seem to have created any headaches for him on the Right, and on the Left it may blunt the anger of anti-gun suburban voters when an incident occurs like the one in Orlando early Sunday morning.

Toomey’s strategy for dealing with Trump has been one of delay — so far, he’s at the stage where he’s “not there yet” on supporting him but “hoping to get there.” He told reporters recently that Pennsylvania voters can “very easily distinguish” between himself and Trump. In the past, they have shown a propensity to split tickets (between Bush and Santorum in 2000, and between Bush and Specter in 2004). This is a state Trump probably needs to win, given apparent weaknesses in states like Virginia and Colorado.

Wisconsin: The one lasting bright spot for Republicans in 2016 was a victory in Wisconsin — Rebecca Bradley defeated JoAnne Kloppenberg on April 5 for a ten-year term on the state’s supreme court. This secured a conservative majority on the court for several years to come. And best of all, it occurred in a statewide election with extremely high turnout, approaching that of the last midterm election.

The bad news? That’s still a lot lower than the expected turnout for the general election. And Sen. Ron Johnson, R, must overcome a huge deficit in order to keep his seat.

Johnson said he’d be willing to support Trump as the nominee and campaign with him, even before Trump was crushed in his state’s primary. The following month, Johnson spoke of how his business background was similar to Trump’s. Then he suddenly backed off, saying he will “support” but not “endorse” Trump. He explained the distinction by saying he could suddenly stop supporting Trump at any time if he “crosses a line.” As of now, he’s still supporting Trump.

Johnson has been trailing former Sen. Russ Feingold, D, by somewhere between five and ten points in polls taken so far this year. That’s always a bad sign for an incumbent.