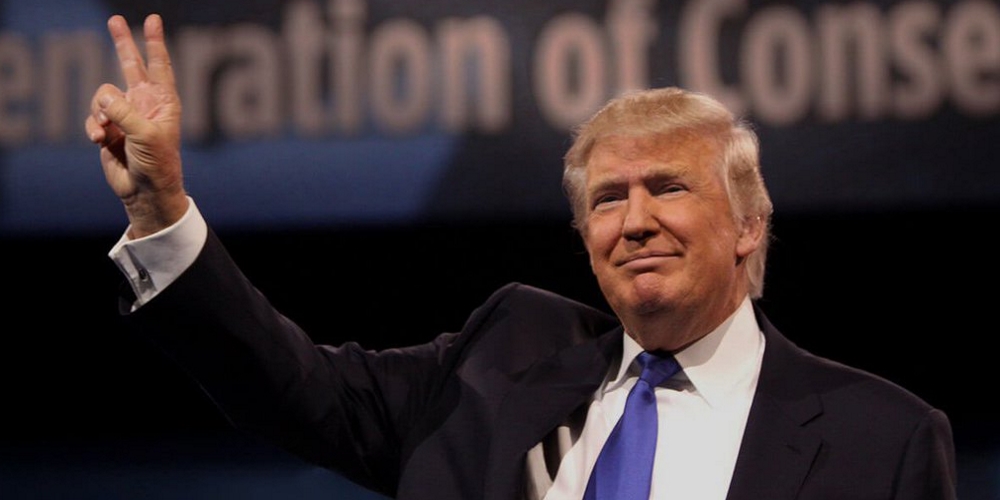 All’s fair in war and primary elections. In this respect, 2016 was no different. You take your shots at your opponents and do whatever it takes to win. Donald Trump didn’t share the view that everything was fair — and he made this clear with nearly incessant whining — but he won the nomination. After his late surge to win Indiana decisively, all of his opponents dropped out. There is no way from here to stop him from becoming the nominee.

But once you’ve won a presidential nomination, the calculus changes with respect to how you deal with other members of your party. Suddenly, you’re supposed to become the party leader, and you have to act like it. Now you reach out to your recently made enemies and unify the party again to head into the November election.

After all, you’re the one who won the nomination. It’s your candidacy that’s on the line. In an era of sharp political divisions, you want to make sure there aren’t any problems behind the lines.

Unfortunately, no one seems to have informed Donald Trump of this. Or if he knows, he doesn’t seem to care. And his expressed lack of concern for party unity is now exacerbating an already awkward situation for a very divided Republican Party.

A house divided: In party politics, unity is the name of the game.

Sure, your party might nominate someone you disagree with on this or that — a Mitt Romney or a John McCain, say — but ultimately, everyone in the party, or at least those in the public eye, just falls in line and backs him. You all stick together for November. Right?

There were always signs that Trump would not be accepted as just another Republican candidate. And it wasn’t just the always ill-defined “establishment” that was rejecting him. In fact, much of the establishment — especially its lobbyist contingent — is totally on board the Trump train and was even before he clinched the nomination.

The real problem is the conservative base, which is now divided into at least three groups. There are those who became Trump primary supporters, there are die-hard neverTrumpers, and there are (the biggest group) voters who didn’t back Trump in the primary but now aren’t sure what to do.

These latter are now looking on in horror, uncertain of what to do next, but fairly certain that Hillary Clinton will be the next president whatever they decide to do.

All of this voter disquiet is giving rise to disquiet among officeholders as well — a natural process, given the officeholders’ dependence on the voters. After all, Trump will likely be gone in six months, but each of them will have to answer for years for whatever they do now. And it’s creating serious question marks for the GOP going into this election.

The problem is not so much about the presidential contest, which polls at the national and state level suggest is lost already. It’s really about the down-ballot races that will give Republicans whatever toe-hold they retain in government during the Hillary Clinton presidency.

Speaker Paul Ryan, R-Wisc., is just one of many Republicans to express disquiet about Trump’s nomination. As he put it, he isn’t ready yet to commit to supporting him.

One should not read too much into that comment — no one really expects Ryan to hold out permanently in not backing his party’s presidential nominee. But even temporary resistance by someone in his position is extraordinary. In fact, it’s unprecedented, at least in modern times, to see a nominee meet such resistance inside his own party, from multiple elected officeholders, former presidents and mainstream former candidates all refusing to support him.

But the biggest problem was Trump’s response to all of this, whose self-defeating nature he seems unable to grasp. Trump shot back with a statement to the effect that he isn’t ready to support Ryan either. And then to criticism by relatively minor figures, like Sen. Lindsey Graham, he responded by punching down at them. (He even blamed Graham at a recent rally in Nebraska for the U.S. military’s inability to handle ISIS.)

It is very much in character for Trump to one-up anyone who defies him, but it isn’t the best response — or at least, it isn’t the expected response — for a major party presidential nominee.

One would expect someone in Trump’s position — someone who really needs a unified party to have any hope at all of making his nomination worth something — to respond in a more conciliatory way. Ideally, Trump would act as if he’s not so concerned and can win Ryan and others over. He would shrug off Ryan’s criticism, and note that he has an upcoming meeting with Ryan this week.

But Trump really isn’t into conciliation. It isn’t his brand. If he were to begin acting like he feels a need for a united party, it would be the first time. Speaking of which, he followed up on Saturday by stating that he doesn’t think the party has to unify. You might just think, well, so much for that, but this isn’t just about Trump. A lot of the party’s down-ballot future depends on that unity, and he doesn’t seem terribly concerned about it. Romney’s campaign raised a substantial amount of money for the RNC’s voter contact program, and that well could run dry in 2016.

You can fault Ryan all you like for expressing qualms. (He does face a primary challenge, but his district’s presidential primary voters were relatively anti-Trump, with Cruz winning an outright majority in the primary.) But Trump’s response to Ryan reflects all of the same problems that became evident throughout the primary process. Recall that Trump explicitly repudiated his own pledge to support the eventual nominee, repeatedly threatened to run as an independent candidate, and made things quite personal (even dragging family into it) when attacking the other candidates.

In the final analysis, this demonstrates why the nomination of someone so lacking in impulse control poses a problem for Republicans.

Third Party? Broader resistance to Trump as the party’s nominee remains a serious issue among the rank and file, to the point that many still hold out hope for an unlikely third-party bid by someone like Ben Sasse (who has expressed no interest) or Mitt Romney (who has not

One big problem with that: Today (May 9) is the deadline for independents to make the ballot in Texas, and they must submit more than 70,000 signatures. After that, a candidate would either have to obtain a minor-party nomination in Texas or mount a write-in candidacy throughout the state.

Of course, a third-party bid would not be so much an attempt to win the presidency outright as to prevent a cratering of turnout by conservative and Republican voters (or to prevent millions of Republicans from voting for Clinton). Demoralized and without a true flag to rally around, the danger is that conservatives will become dangerously disconnected from one another. A united strategy in protest of his nomination — all to vote for a particular candidate, or to abstain on the presidential line, or to write someone in — at least gives them something to fight for.

Republicans’ 54-seat Senate majority was already precarious, but Trump’s nomination pushes it over the edge. A Democratic takeover is likely and should be expected.

Trump is already putting a lot of GOP incumbents in awkward positions. In some swing states, a candidate’s support for Trump could prove toxic in the general election. But failure to support him could create problems as well, especially if the Republicans’ standard base fails to turn out for Trump and the Trump base refuses to support ambivalent or anti-Trump Republicans.

There will likely be strange and potentially damaging moments for GOP Senate incumbents when Trump comes to stump in their state. Put yourself in their shoes. Do you campaign with him? Do you avoid him? Either one has a downside.

For now, many are still deciding how to handle his nomination more broadly. Do you offer him nominal support? Do you endorse someone else, expecting him to bad-mouth you throughout the election? (And depending on your state, will it help you or hurt you?) Do you go all in for Trump?

The problem with running below Trump on the ballot isn’t just the potential drag he could have on election day — something the polls may not be able to detect this far out — but also his personal unpredictability. Candidates down-ballot risk being forced to answer for his inevitable antics throughout the entire campaign. How will, say, Kelly Ayotte, R-N.H., Rob Portman, R-Ohio, or Pat Toomey, R-Pa., respond when Trump digs up and starts talking about another debunked conspiracy theory, whether it’s about the Clintons, vaccinations, or 9/11? It will take a lot of political skill to shrug it off without serious consequences.

This makes the whole “suck it up and offer all-in support for the nominee” business a much riskier proposition than it normally is. The flipside of this is that although some down-ballot candidates can differentiate themselves from a presidential nominee, this just never works for an entire party caucus. A party that claims it can win individual races or contest an election based on local issues is a doomed party — so likewise is the party that is either dragged down by or running away from its presidential nominee.

Trump silver linings? It remains to be seen just how bad the situation ends up being in November. But there are reasons to hope that in some states, it may actually not be as bad as it seems at first glance.

For example, Trump may struggle or even lose in a lot of natural Red states in the general election — North Carolina and Georgia, for example. But there is still no reason to believe Hillary Clinton can drive up turnout the way Obama did in 2008. Republican incumbents in states like those could prove capable of outperforming him.

What’s more, the swing against Trump will not be uniform everywhere, and some states could prove to be states where Trump does not underperform as badly as he will in others. And that could end up including some important swing states this time, which means that some GOP incumbents could survive.

There are hints, for example, that Trump may not do too much worse than the average Republican in places like Pennsylvania and New Hampshire, although he will very likely lose both. That could also be the case in Indiana, the rare state where polling shows him with a clear lead over Clinton. The Hoosier State will feature an open-seat Senate race between Rep. Todd Young, R, and former Rep. Baron Hill, D.