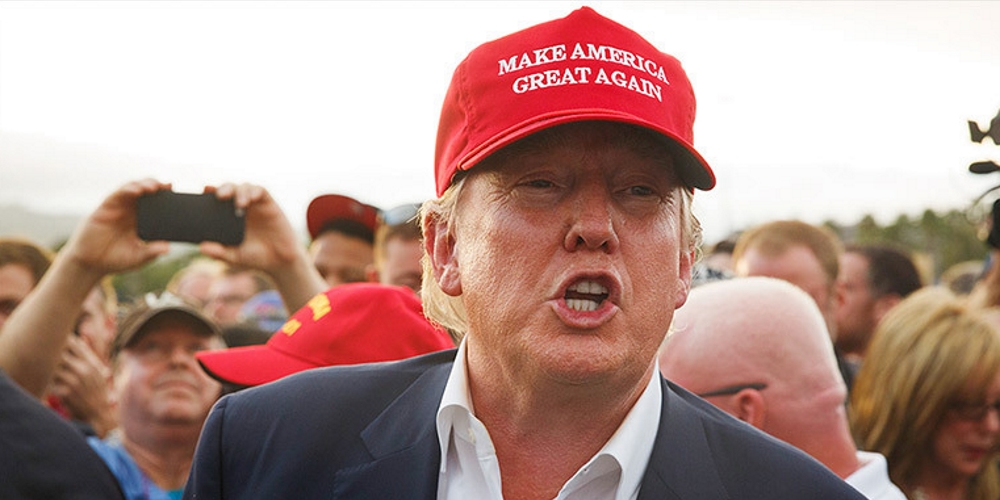 Florida (99 delegates): Plurality winner take all. Bound for three ballots at the national convention unless released by their pledged candidate.

Illinois (69): Voters select 54 delegates by name from the ballot, where the names are printed along with presidential preference. Fifteen bonus delegates for the statewide winner. All delegates (except those elected as uncommitted) are bound for the first ballot at the national convention.

Missouri (52): Five delegates for the winner of each Congressional District, and 12 bonus delegates to the statewide winner. Exception: If a candidate receives more than 50 percent, he takes all 52.

Little Tuesday, Small Saturday: The second big Tuesday election (not-really-super Tuesday) went mostly in Donald Trump’s favor. He lost big in Idaho, but Ted Cruz was unable to get to 50 percent and deny him all delegates. Meanwhile, Trump won Hawaii’s caucuses as well as primaries in Michigan and Mississippi. For the night:

On Saturday, however, Trump was nearly shut out. He missed the threshold for winning delegates in Washington, D.C. He was shut out in Guam, and barely got one delegate out of Wyoming’s county conventions. Given Wyoming’s state convention rules, all of the outstanding delegates there will almost certainly go to Cruz.

So for the week, the count doesn’t look that great for Trump, despite his strong night on Tuesday:

He fell shy of 35 percent of delegates on the week. In that sense, he did not keep pace with what he needs for the nomination.

But in a more important sense, Trump still has a very clear path. With Florida, Ohio, Arizona and New Jersey still ahead — big winner-take-all states — he has the opportunity to make up for lost ground from this week, and then some. That’s where this coming Tuesday comes in.

The real Super Tuesday II is March 15. It’s put-up-or-shut-up time for Marco Rubio and John Kasich. The final result in Missouri and Illinois and North Carolina will be relatively inconsequential compared to the result in Florida (where Trump is expected to win) and Ohio (where he is expected to lose to Kasich, the incumbent governor).

A loss in either of these states makes Trump’s path much more difficult. It raises the possibility that Western states, which have not looked kindly upon his candidacy, will ultimately deny him the nomination on the first ballot at convention. A loss in both states would almost guarantee a convention fight.

On the other hand, a win in both Ohio and Florida makes a Trump nomination almost inevitable.

Political violence: The new discussion over the weekend was about this. It’s a grim topic.

Every election year, there’s some kind of incident involving political violence somewhere, but it’s usually isolated and minor. A campaign headquarters has a brick thrown through its window at night. There’s a confrontation between union workers and Republican volunteers. A campaign’s get-out-the-vote vehicles have their tires slashed. That sort of thing happens sometimes.

Never in recent history has it happened so often and with just one campaign in a primary, as is happening now with Donald Trump’s. And Trump has definitely been encouraging it. He has promised to pay the legal bills of people who assault protestors, and he said Sunday he may do just that for a man who suckerpunched one of them at a rally. He’s expressed his own desire to punch them in the face. He has complained that there are not severe enough consequences for protesting. He has expressed satisfaction that those who are arrested for minor disruptions in his events will now have criminal record for life.

Will it hurt him as suburban GOP voters witness the Weimar-ization of American politics in horror? Or will the admittedly well-organized leftist effort to force cancellation of Trump’s Chicago rally backfire and generate sympathy for him?

It’s really hard to say. What appeared to be a developing anti-Trump backlash fizzled last Tuesday. And nothing else has blocked Trump up to now. Republican voters who oppose Trump have proven in most places to be fractious and unwilling to sacrifice the idea that their candidate can still win.

The reality is, Trump is the only one with a realistic path to a majority of delegates. Cruz can only come close. Rubio is finished. Kasich can’t even get close.

Delegate Math: Barring a last-minute miracle of mind-changing or a severe drop-off in his election day turnout due to recent events, Trump is very likely to win Florida and all 99 of its delegates on Tuesday.

After that, even if Kasich deprives Trump of Ohio’s 66 delegates, Cruz probably has to win majorities and take all 40 of Utah’s delegates, plus prevail in the winner-take all contests in Nebraska and Arizona to have any chance of stopping Trump.

These outcomes are all certainly possible. Westerners and Plains Staters have not been kind to Trump so far. The map of the race, incidentally, shows a borderline for Trump support forming near the Mississippi River, with the exceptions of Maine and Nevada, where Trump has many employees. The Tuesday races in Missouri and Illinois will help define that border more completely: 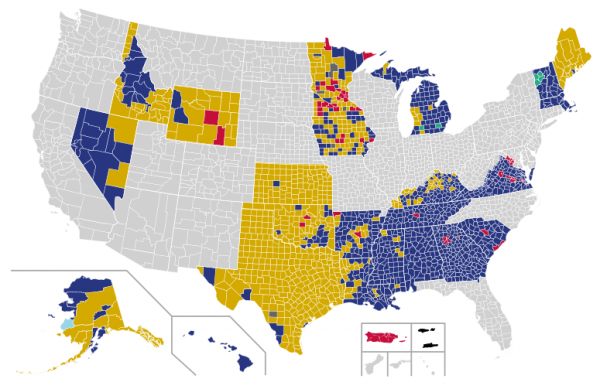 But even all of these outcomes do not guarantee that Trump will be stopped. More importantly, they don’t guarantee that he will fall far enough short of the requisite number of delegates that he cannot win in a contested convention.

Trump’s best regions have been the South and the Northeast — two culturally different areas that share the trait of economic stress on white working class voters.

Although the South has mostly voted (Trump is likely to complete his sweep by narrowly prevailing in North Carolina), much of the Northeast remains available. And that has actually been Trump’s best region so far. He has to be considered a strong favorite in New York, New Jersey, Rhode Island, and Connecticut, which together will award 193 delegates. (Pennsylvania is a bit more of a question-mark, but a Trump victory there is quite likely as well.) Of those, only New Jersey is winner-take all, but Trump is very likely to come out of the region with most of those delegates.

Right now, Trump’s opponents and the already-dropped-outs have a total of 511 delegates, and Trump has 460. There is a further handful of uncommitted delegates that Trump is unlikely to get. That means there are about 1,400 delegates left to be won.

The only real question at this point is how the non-Trumps get not only to 1,237, but also far enough beyond it that Trump can’t win by drawing a few strays on the first or second ballot.

Florida: Rubio has been working the early vote nine ways to Sunday. He should begin the evening with a large advantage in the count on those grounds. But it’s almost impossible to imagine him pulling off a victory when trailing in the polls by so much. Yuge advantage to Trump.

Illinois: Trump just fired his state campaign director on the grounds that his get-out-the vote operation there is a disaster. Cruz seems to have smelled blood earlier and scheduled extra campaign events in the Deadbeat State for Monday. It’s up for grabs.

Missouri: Trump leads narrowly in the polls, but Cruz has been been working every corner of the state hard, and with good surrogates like David Limbaugh. Most of the delegates are awarded by Congressional District, so keep an eye on where the votes are being won. The Evangelical core of the state’s Republicans should favor Cruz, but as always, the question of whether you vote for Trump depends more on whether you actually go to church.

North Carolina: Trump should win here, but he won’t get a majority of the delegates, thanks to its new proportional system. Delegates for everyone, even Rubio. Another win for team #nevertrump.

Ohio: Kasich has a narrow edge, and Rubio’s vote is collapsing in an effort to help him over the top. His campaign underperformed expectations badly in Michigan, but this is his home state. He should do better here, shouldn’t he?