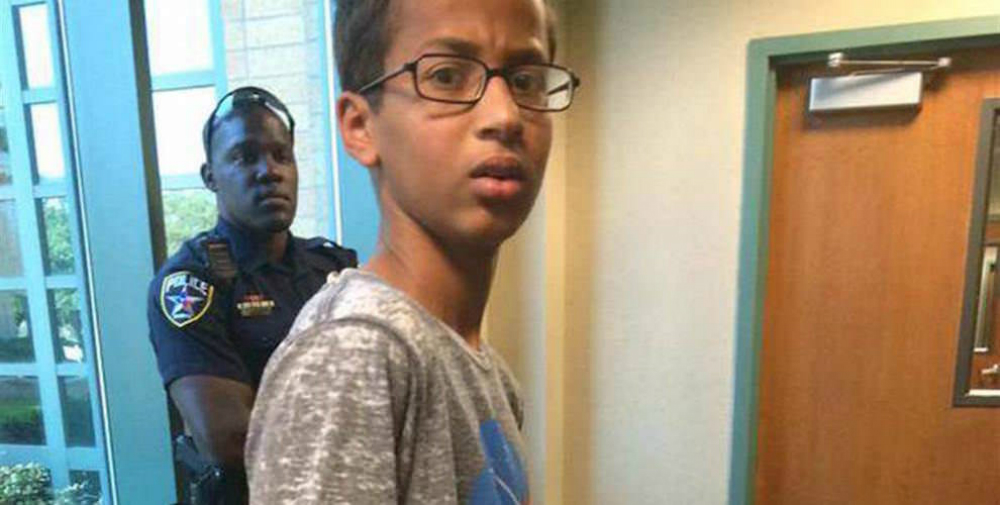 The fourteen year old boy who caused controversy after an incident involving a clock at his Texas school is moving to Qatar. “Clockboy” has received a full scholarship to study at a school there, foregoing opportunities at places like MIT…

According to Yahoo News:

“Ahmed Mohamed’s family released a statement saying they had accepted a foundation’s offer to pay for his high school and college in Doha, Qatar. He recently visited the country as part of a whirlwind month that included a Monday stop at the White House and an appearance Tuesday at the U.S. Capitol.

“We are going to move to a place where my kids can study and learn, and all of them being accepted by that country,” Ahmed’s father, Mohamed Elhassan Mohamed, told The Dallas Morning News before boarding an airplane from Washington back home to Texas on Tuesday.

The statement said the family has been “overwhelmed by the many offers of support” since Ahmed’s arrest on Sept. 14 at his school in Irving, a Dallas suburb. The family said it accepted an offer from the Qatar Foundation for Education, Science and Community Development to join its Young Innovators Program.

Ahmed, who along with his family will relocate to Qatar, received a full scholarship for his secondary and undergraduate education. Ahmed said he was impressed with the program and thinks he’ll “learn a lot and have fun, too.”