According to a report by the House Oversight Committee released on Monday, the IRS routinely used an intra-department instant messaging service to communicate on sensitive subjects without leaving a paper trail.

The system is designed such that communications are not archived and are automatically deleted upon logging out, which means no lasting transcript is maintained.

Including the in the committee’s report is a citation of an email sent by Lerner to a colleague in which she warned that agents “need to be cautious about what we say in emails” and then, after confirming that the OCS leaves no archive, she responded, “Perfect.”

The report went further in revealing that, despite IRS Commissioner John Koskinen’s insistence that the agency would provide all of Lerner’s emails, officials failed to search in at least five of the six likely locations for backups of her email archives.

The revelation serves as direct refutation of Koskinen’s claim during congressional testimony that the IRS underwent “extraordinary efforts” to recover Lerner’s emails. But it wasn’t until an inspector general pressed that the 24,000 “lost emails” were discovered on backup tapes. 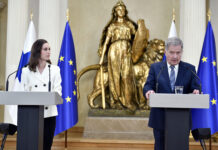