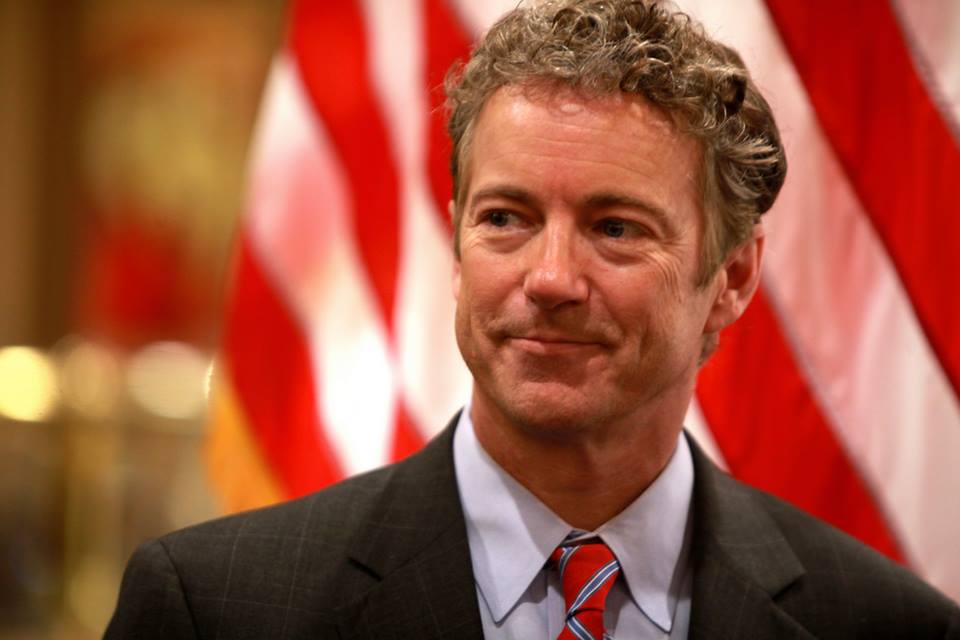 Is America ready for different kind of Republican to take on Washington? Senator Rand Paul is willing to bet the answer is yes.

In a video he released yesterday – and linked on the Drudge Report with headline “RAND PAUL READY … SETS TUESDAY PRESIDENTIAL LAUNCH” – the senator from Kentucky reminds us why he’s the most interesting likely candidate in the race for either major party.

The video is a collection of clips, some from cable news anchors and commentators analyzing the uniqueness and potential of a Rand run for the White House, others with snippets of speeches featuring his signature, line-in-the-sand delivery of his popular, status-quo-razing reform ideas.

The selected clips make a powerful argument about what Senator Paul brings to the table in the presidential race. Who else can earn the respect of both Sean Hannity and Jon Stewart for the same action – in this case the illegal droning of citizens on American soil? Who else brings in young voters or could prove an interesting option for African-American voters- as Michael Steele reminds us.

In a race of familiar names such as Clinton and Bush, Rand promises to bring common sense solutions that the Washington in-crowd – even the more conservative among them – won’t, probably because an end of politics as usual is dangerous to DC. Few others insist that Congress read every bill, that they be required to abide by any laws they pass and that they be held accountable with term limits. Rand, as the video points out, has.

Perhaps the most interesting thing to observe in a Paul campaign would be the coalition he could put together. While many of the probable candidates will make up what look to be another face-off between the Establishment and the Tea Party or Religious Right, Rand holds to possibility of picking of support from both groups, as well as bringing new independent voters into the Republican tent, whether in open primaries or in the general election, should he be the nominee.

Furthermore, both the Establishment and the Right will probably experiment with different frontrunners for their support. For example, Ted Cruz won’t be able to count on being the Base’s choice if Mike Huckabee becomes the flavor of the week. Support is divided and always shifting. But Rand, the fiercely independent conservatarian, will be the only candidate of his kind.

For both reasons, a crowded field is a Rand-friendly field.

Therefore the Paul plan to win the nomination will have to be the long-term one, as he picks up voters from candidates who peak early before dropping off the radar. He is expected to do well in early states Nevada and New Hampshire, and with the strong organizations he is building in Iowa, South Carolina and others, added to the probable splitting of the conservative Christian vote in those states among numerous candidates, as well as Rand’s pro-life conservatarianism, look for a strong delegate count from him early.

From long-time conservative ideas, like a simpler tax code, to approaches out of the Republican mainstream, like putting outreach centers in inner cities, Senator Paul has shown that his run will be no less than a fascinating amalgam of tried and true principles and a departure from politics as usual. If this video is any indication, Rand knows exactly the kind of cutting edge campaign he has to put together.