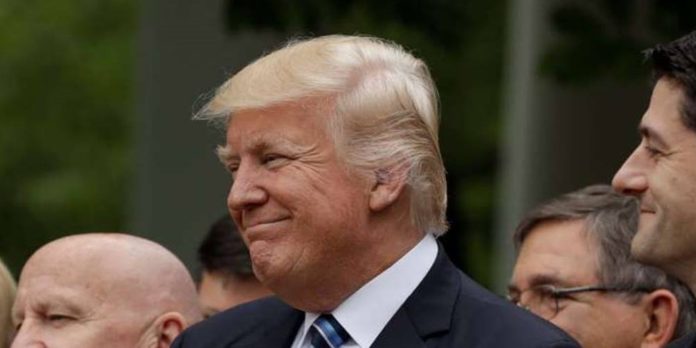 Naturally, coronavirus continues to dominate the national discussion, drowning out any mention or thought of the presidential election. Democratic and media efforts to make President Trump the inventor of disease have succeeded to some degree, grinding down his approval numbers slightly on his handling of the virus.

But with the U.S. enjoying a relatively low rate of death from coronavirus — a rate that would be much, much lower if not for the prolific spread of the disease in densely-populated New York City — it’s hard to argue that he’s done an especially bad job.

In any case, the point is that Trump can’t be blamed too credibly, even if he has acted oddly in some of his briefings. Even then, to Trump’s supporters, the media’s behavior serves only to reinforce the idea that in their minds, he can’t do anything right. If Trump ran into a burning building to save children and puppy dogs, the media would probably try to blame him.

In most polls, Americans continue to approve of Trump’s response to the virus. However, polls also show Joe Biden, despite being sidelined and seemingly irrelevant, running ahead of Trump nationally and in key states. Yes, he has been reduced to virtual events from his basement and even virtual fundraisers, but there hasn’t been a national poll showing Trump leading him since February. At the moment, Biden cannot campaign, and it’s clear Democrats are not

So if Trump can’t lead Biden even now, when the nation is relatively united around the issue of the pandemic, is all lost for Trump? Well, not necessarily.

For one thing, nearly all national polls at this point are being done among registered voters. This tends to exaggerate Democratic performance. Likely voter polls will give a more accurate, and probably a more Republican result.

Second, although there hasn’t been an abundance of polling lately, Trump is well within striking distance in key states, even in polls of registered voters. This is true in Wisconsin (trails by 3), Florida (leads in some polls), Michigan (3 to 4 points), Pennsylvania (tied in the most recent local poll), and North Carolina (leads in some polls). Trump faces a potential problem in Arizona, but other than that, he seems to be in the same sort of decent but losing shape as in 2016.

One official whose stock has fallen as a result of coronavirus is Michigan Gov. Gretchen Whitmer. Her draconian bans on obviously safe activities, such as purchasing gardening supplies, is very hard to justify.

Healthcare: In terms of policy debates, coronavirus appears to be in the process of rendering the case for single-payer health care extremely weak. Italy, Spain, Belgium, the U.K. and France are getting clobbered right now, with health systems overwhelmed and deaths far exceeding the rate in the United States. This is not to say that single-payer health care caused their problems — rather, it doesn’t seem to be doing much to help them. It seems unlikely that there will be any case to make that single-payer is making this easier on any of those countries.

It is understandable, then, that Biden should embrace proposals such as reducing the Medicare eligibility age to 60 try to cultivate support with supporters of Bernie Sanders’ failed candidacy. But this sort of position, which would dramatically increase the costs of an already overburdened and underfunded Medicare system, could also become a liability for Biden, without necessarily mollifying Sanders’ hard-core socialist base.

Enthusiasm gap: Biden seems broadly acceptable to enough voters that he could defeat an incumbent president — something that hasn’t been done since 1992. But the Democratic base will never be as enthusiastic about the 77-year-old former vice president as it was about Bill Clinton, let alone Barack Obama. A recent ABC News/Washington Post poll showed that enthusiasm for Biden, at a mere 24 percent, is the lowest measured enthusiasm in the poll’s history for any Democratic presidential candidate. In contrast, 53 percent of Trump’s supporters are enthusiastic about voting for him. Democrats have not chosen Biden — they have settled for Biden.

This formula did not work well for Democrats in 2016, obviously. However, Trump still cannot rest easy. Not only does he trail Biden, but Biden is also far less personally despised than Hillary Clinton was in 2016.

Sexual assault allegations: The new sexual assault allegation against Biden — based on events from the early 1990s, when he was a senator — is not necessarily credible. However, it inoculates Trump during the coming general election. Up to now, he was the only one accused of such behavior. Now he can defuse such rhetoric by pointing to the charge against Biden, whether or not there exists sufficient evidence to believe it.

Arizona: Republicans continue to face a serious problem in this race — perhaps even a  in which Sen. Martha McSally is a clear underdog against retired astronaut Mark Kelly, D. Kelly raised $11 million in the first quarter of 2020, almost twice McSally’s haul. So far, McSally has consistently polled behind and she continues to underperform in fundraising. Arizona is shaping up to be a genuine issue for Republicans in 2020.

Wisconsin: One could say Republicans were true to principle or that they were hoisted by their own petard. After insisting on holding the spring general election at the height of the coronavirus pandemic, Republicans saw their state supreme court candidate, Dan Kelly, routed in the April 7 election. This leaves conservatives with only a 4-3 majority instead of 5-2.

It’s hard to say that they made the wrong call in holding an election. The Democratic governor’s last-second attempt to change the vote was genuinely controversial. Both the legislature and the courts had good reasons to set it aside.

And the partisan question of cui bono had no obvious answer. Some Republicans were quite mistaken in believing it was to their political advantage to hold the election as planned. We noted, for example, that there was only one place to vote in all of Waukesha County, a critical county for Republican turnout in Wisconsin. But one can only wonder whether the outcome would have been different if Republicans had agreed to a June election day with absentee balloting.

As Republicans decide whether to accommodate mail-in voting in the context of the coronavirus, they probably ought to think about the degree to which this is specifically preventing older, more conservative and Republican voters from casting their ballots. Everywhere, there seems to be a tendency on Republicans’ part to dismiss the idea that coronavirus will require more mail-balloting. Republicans have led in absentee voting in many states in the past, there is no reason they cannot set up a fair system now that allows broader use of mail balloting.