Breaking today, according to Politico:

“Former President George H.W. Bush is bucking his party’s presidential nominee and plans to vote for Hillary Clinton in November, according to a member of another famous political family, the Kennedys.

Bush, 92, had intended to stay silent on the White House race between Clinton and Donald Trump, a sign in and of itself of his distaste for the GOP nominee. But his preference for the wife of his own successor, President Bill Clinton, nonetheless became known to a wider audience thanks to Kathleen Hartington Kennedy Townsend, the former Maryland lieutenant governor and daughter of the late Robert F. Kennedy.

On Monday, Townsend posted a picture on her Facebook page shaking hands next to the former president and this caption: “The President told me he’s voting for Hillary!!”

In a telephone interview, Townsend said she met with the former president in Maine earlier today, where she said he made his preference known that he was voting for a Democrat. “That’s what he said,” she told POLITICO.” 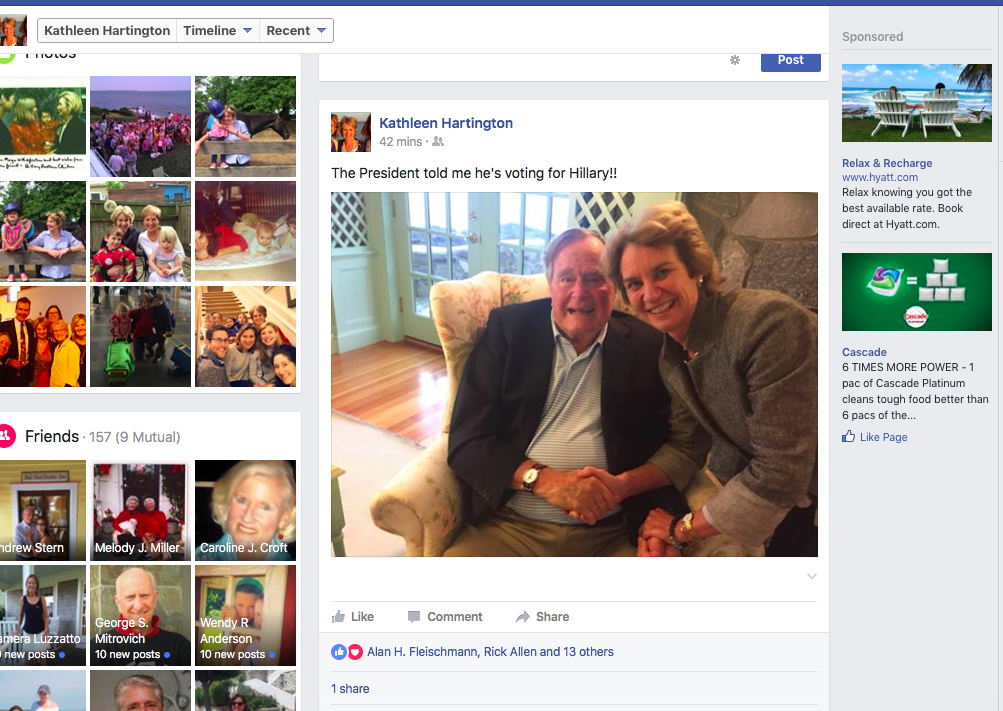