Scalia: The death of Supreme Court Justice Antonin Scalia comes at a difficult 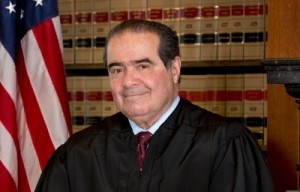 time for conservatives. It has enormous implications for the current presidential race, as well as the race for Senate. It adds a new level of seriousness to the contest, underscoring the need for Republicans to resist picking an unserious nominee.

It has also provided the party’s leadership with an opportunity to mend fences with the base. So far, they have been surprisingly willing to seize the opportunity.

When Scalia was sworn in in 1986, the High Court was belligerent in its view of itself as the arbiter of all questions of social values. He pushed back hard and vociferously, sometimes with success but not always. He was the champion of a constitutional system that put its faith in voters to assert their own social values at the ballot box and through their elected branches of government.

Law, he maintained, should be understood from its text, and if there is any doubt about that, its plain meaning to those who actually voted for the law in question. After all, they were the ones who made the decision for society at the time, empowered by a voting majority. If the current society wants to change a law or a part of the Constitution that is out of date, they should write a new law or amendment and persuade their fellow citizens to support it through the Democratic process.

Thus, Scalia found repulsive the idea that it was somehow unconstitutional for a state to keep a traditional definition of marriage. He also believed that if voters wanted to protect religious freedom or prevent discrimination of specific kinds not enumerated in the Constitution, they should get laws enacted rather than constitutionalizing every dispute.

Although Scalia’s approach has been highly influential, it was never 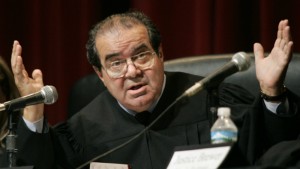 dominant on the court during his tenure — not even in the last decade, when the court’s conservative wing was brought to parity with its liberal wing. Scalia provided one model for conservative judges of the future — probably the most consistent and best. He was also, by far, the most entertaining justice to hear speak.

One surprising result of Scalia’s passing, which many conservatives might find heartening, was the unusual announcement by Senate Majority Leader Mitch McConnell, R-Ky., that he will not allow to replace him as a lame duck in his last year. The GOP leadership in Congress gets consistently bad marks from conservatives, and so for McConnell to plant this flag now is quite important.

For years, conservatives have been asserting that there is nothing McConnell will really fight for. He has shown them that isn’t so. Here is where he draws the line, and that is why there was indeed value gained for those who voted for a Republican Senate majority in 2014.

Thanks to a 9-0 Supreme Court decision against Obama on the subject of recess appointments, McConnell is legally able to draw this line at least until the new Senate term. (Note that if Republicans were somehow to lose the Senate in 2016 but win the presidency and keep the House, Speaker Paul Ryan, R-Wis., can still hold this line until Obama leaves office, since neither chamber can go into recess without consent of the other.)

McConnell has drawn this line in a rather daring way, for more than one reason. First, this could go very badly from an image perspective. To be sure, it may prove to be just a blip on most voters’ radar, but then again maybe not. The Obama administration will use every tool it can to apply pressure.

Second, now that McConnell has sent this signal, he cannot un-send it. There can be no going back. If McConnell backs away from this position now, it will be politically suicidal, justifying every disparaging thing said about him since 2013. In fact, there is probably no amount of pressure Obama can apply at this point that would make it easier for McConnell to go back on what he said than it would be to hold the line.

Rubio-Bush-Kasich prisoner’s dilemma: In the South Carolina debate — the

last before the election Saturday — Marco Rubio did quite well. It’s obviously a subjective question, but he decisively won the post-debate poll conducted by CBS.

Jeb Bush, although he did poorly in this poll, seemed to do well in the debate. It could be that the poll is wrong, or it could also be that in bloodying Donald Trump’s nose a couple of times and causing him to melt down, Jeb also hurt himself. (Cruz also caused Trump to have a meltdown, and he did poorly in that poll as well.)

But all that is neither here nor there. The main point is that neither Rubio nor Bush can afford to have the other guy do well from here out. The clock is ticking on their wing of the party and its remaining opportunity to consolidate behind someone. If both Rubio and Jeb performed well in the debate, that probably works to Trump’s benefit, even though Trump had a horrible debate.

Think about the next few weeks. John Kasich (who like Ben Carson was virtually a non-entity in this debate) has no expectations in South Carolina and is unlikely to drop out whatever the result. So if neither Rubio nor Bush suffer a devastating, crushing defeat in South Carolina, and they both stay in as a result, then both of their prospects for the nomination are diminished. That becomes more the case the longer they all stay in.

If they all stay in, they probably all lose. But whoever gets out first loses for sure. That’s a prisoner’s dilemma.

And the longer the field fails to narrow, the better for Trump — or for Cruz if the party regulars warm to him as an anti-Trump alternative, which seems even more unlikely. South Carolina is Trump’s to lose, and it might be the last good chance to stop his momentum. (The contest is winner-take-all by Congressional District). After that, everyone gets lost in Super Tuesday with its 632 convention delegates — more than half of what’s needed to win the nomination.

Did Trump lose with his 9/11-Trutherism on Saturday night? It might not go down well with South Carolinians (and it certainly didn’t go down well with the audience) but people have gone broke betting on Trump’s irrationality and weaknesses to undermine his candidacy. Even so, the fact that Trump himself felt the need to walk something back — perhaps a first in his young political career — could be indicative of something. It’s really a question of whether Trump’s 30 to 40 percent in South Carolina is made up of his hard-core supporters, or by voters who might be persuaded by reason.

The interesting alternative to a Trump rout is for Republicans to go to convention with no one holding a majority of the delegates. And this is a real possibility in a way it wasn’t before. Thanks to new RNC rules, most of the states’ delegates are now allocated proportionally — Ohio, Florida, New Jersey and Arizona being the most important exceptions. That’s one reason 2016 is more likely than past contests to end with a fight at or negotiation ahead of the nominating convention.

Here’s what the delegate count looks like at the moment:

Three other delegates are split between candidates who have dropped out (Fiorina, Huckabee, Paul).

In the event that delegate counts actually matter, it’s worth pointing out that those delegate counts are only notional with respect to some states. Take Iowa, for example. It’s very likely that Trump will not actually get all seven of the delegates he is estimated to have won — that all depends on who volunteered at each caucus site to go to their respective county convention. Once Iowa’s county, district, and state conventions are over, some or even all of them might end up going to Cruz, or perhaps even to uncommitted supporters of Rand Paul.

Even so, that applies only to a small number of states. The more common arrangement

Closing the gap: Democrats hold their primary in South Carolina on February

27, a week after the Republicans do. In late January, Bernie Sanders trailed Hillary Clinton by 40 points in the RealClearPolitics average. Today he trails by about 30, but it’s hard to say — current polling has him behind from anywhere from 20 to 38 points.

Is there enough time to close the gap, and are there enough persuadable voters to do it? Sanders is making a full court press. He has 240 staffers on the ground (most of them black), nearly 20 times the number Clinton had as of recently. He’s bringing in liberal black intellectuals and celebrities to endorse him. He met with Al Sharpton. He’s also helped by the continuing parade of negative Clinton headlines regarding her emails and her speech paydays.

Clinton’s effort, in comparison, is a token one. She is taking the state and its black vote for granted. No one should expect Sanders to win South Carolina — it’s Clinton’s “firewall” — but Clinton needs a real victory there. A less-than-decisive win or a tie like Iowa cannot possibly be spun as any sort of win at all.

Democrats have their Nevada caucus first, on Saturday. This is another state where Clinton once comfortably led. Sanders may well pull this one off or at least come close, with the caveat that it’s really hard to gauge turnout for a contest like this one — like Iowa, but with even lower turnout.

Nevada is Sanders’ chance to cash in on his overwhelming and unexpectedly strong triumph in New Hampshire. It is also considered a test of Sanders’ strength with minority voters, but it’s a mistake to think of “minority” as a category. Black and Hispanic voters actually have little in common and are not motivated by the same issues. Nor are their trajectories even trending in the same direction from a partisan perspective, even if their general election results continue to lean the same way.

To lump them together as identically motivated in a Democratic primary would be even more ludicrous than to treat them as identical in a general election. Do not be surprised, therefore, if Sanders beats “expectations” with Hispanic caucus-goers, because the expectations are inaccurately calibrated.