According to Fortune Magazine:

“Ben Carson was incensed as the results of Monday night’s Iowa caucuses rolled in, accusing the winner of spreading falsehoods about him at caucus sites.

Carson’s team claimed that Cruz’s campaign deliberately sent emails to supporters to spread false rumors at caucus sites that Carson had dropped out, so his supporters would caucus for other candidates.

“That is really quite a dirty trick,” Carson said speaking to reporters at the end of the evening. “That’s the very kind of thing that irritated me enough to get into this quagmire.”

“To have campaigns come out and send emails to their caucus speakers suggesting that Dr. Carson was doing anything but moving forward after tonight is the lowest of low in American politics,” said Carson campaign manager Ed Brookover. 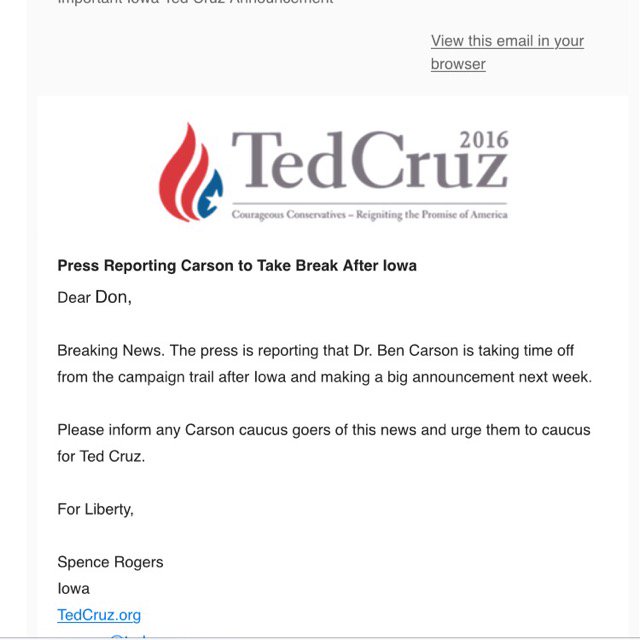