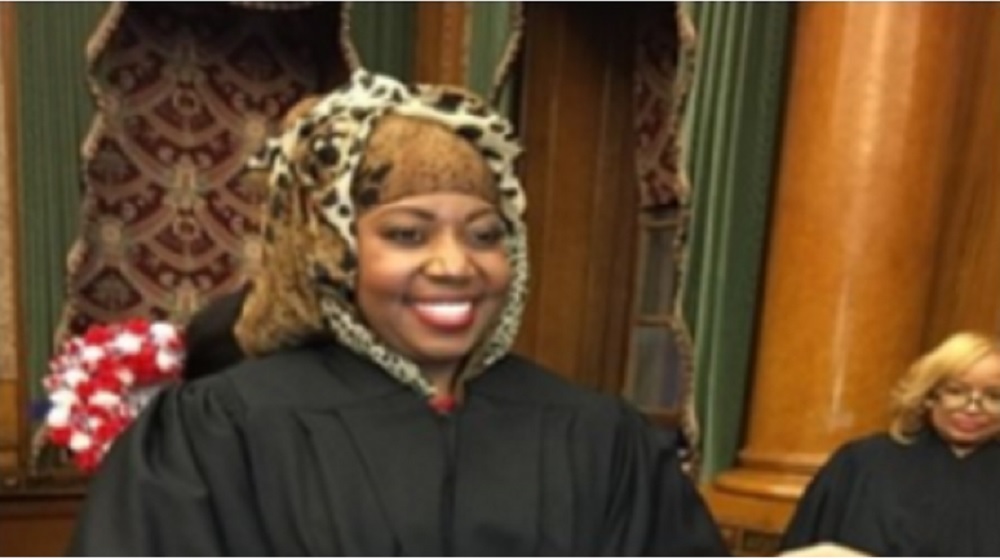 A New York judge was recently sworn into office…while wearing a partial hijab and using a Quran.

“In the United States and the majority of Western countries, politicians and members of the courts are sworn in to their positions while placing their hand on the Holy Bible when they take their oath.

However, Judge Walker took her oath respecting the sacred book of her Islamic faith, the Holy Quran, while also wearing a hijab.

A video posted on Facebook shows the moment when Judge Walker was sworn in as a civil court judge of the 7th Municipal District at the Brooklyn Burough Hall in New York City.”