Supreme Court Justice Stephen Breyer has announced retirement at the end of the term giving President Biden leeway to pick a nominee.

Senator Rick Scott (R- FL) has predicted that the Senate Democrats will replace the SCOTUS with a “radical liberal with extremist views.”

He wrote, “The Democrats know they will lose the Senate majority in 2022” “I predict that Chuck Schumer and whoever is running the White House will force all Democrats to obey and walk the plank in support of a radical liberal with extremist views.”

Speculation about the Justice’s retirement has been consistent since President Biden took office and Liberal activists started pushing for the retirement.

Appointed by former President Bill Clinton, Breyer, 83, says the retirement was on his own terms.

His replacement will need to be confirmed by the half Republican, half Democrat Senate. However, the Democrats hold majority vote because of Vice President Harris’ ability to break ties.

Senator Chuck Schumer (D-NY) has stated that it will be “confirmed by the full United States Senate with all deliberate speed.” 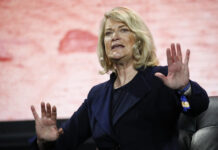 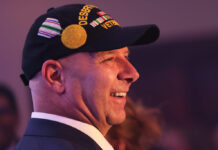