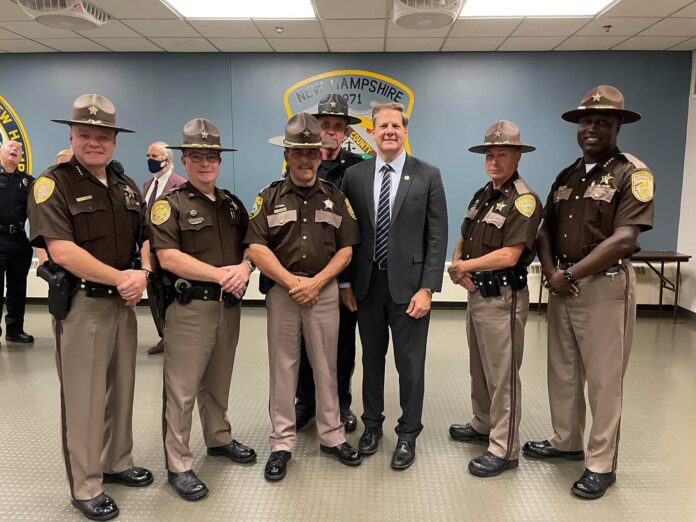 Joe Biden’s miseries are becoming the occasion for Republican hopes.

This is the new reality of Biden’s presidency. With the advent of his Afghanistan disaster, Biden has become a widely acknowledged failure. Officeholders within his own party have reached a level of frustration at which they openly vent at him, either from genuine frustration or from fear of being grouped with him in the public’s mind.

The problems with his presidency — the problems at the border, combined with those in Afghanistan — are destroying Biden’s job-approval rating and pulling down his party’s numbers in a way not seen since Katrina began destroying Republican fortunes in late summer 2005. With the Afghanistan disaster well underway, hundreds of Americans are now stranded within that primitive country and Biden finds himself with very few good options. His popularity is cratering, with a plurality or majority of voters disapproving in the last six polls in a row.

Biden’s first instinct in this situation, it appears, is to pick as many domestic political battles as possible, so as to keep up the morale of his rabid left-wing base and distract from whatever problems there are. So if Biden can throw a few jabs at a Republican governor who isn’t requiring masks at schools, then so much the better. Hence his department of education’s investigations into states that are preventing school districts from imposing such mandates.

Meanwhile, Biden’s numbers are cratering, his popularity nearing new lows, and Democrats down ballot in 2022 are beginning to worry about their fate.

This has endangered Biden’s domestic political agenda. It will not be easy to pass a reconciliation bill that threatens to pull other Democrats under with him.

Labor Day: This past weekend marks one year before the unofficial launch of the 2022 midterm election campaign. Democrats are already not looking forward to the event. They are desperately hoping that a lot is forgotten between now and then.

With Biden’s presidency discredited for its incompetent and negligent handling of Afghanistan, many of them are fearing that they will be sucked under by the undertow of his administration.

As we noted, Biden’s domestic agenda is likely dead in the water. For Democratic senators such as Joe Manchin, Kyrsten Sinema, Mark Kelly, Raphael Warnock, and Maggie Hassan, there is not enough room for error to help in passing the important elements of the divisive reconciliation bill that he has put forward.

Biden came into office with a very narrow majority. He had the chance to govern by consensus. He rejected that idea, instead taking every opportunity to cater to the far Left. But his limited competence has been unable to sustain his ideological ambitions. With his administration straining under the weight of his Afghanistan policy and his border crisis, Biden is struggling to find a new foothold after the bipartisan infrastructure bill.

The worse things get, the more Democratic senators and members of the house Biden threatens to drag under. With the above listed senators already in danger, he now risks additionally endangering Sens. Catherine Cortez-Masto (Republicans have a formidable candidate to challenge her in Adam Laxalt) and Michael Bennet, neither of whom is super-unpopular, but neither of whom is especially popular back home.

What’s more, with his administration under this much pressure, it will be very difficult for his party to make offensive gains in states where there are open Republican seats, such as Pennsylvania and North Carolina.

California: The polling continues to look more favorable for Gov. Gavin Newsom’s survival. It is probably not realistic to trust polls saying that 58% of voters want to keep him — he really cannot be that popular — but he is in a more favorable position than before. Barring some late drama or some further revelation about his COVID hypocrisy, he is likely to remain in office.

New Hampshire: it would have been very difficult to believe just a few months ago that the Granite State would become such a hotspot for political competition. But Governor Chris Sununu is currently leading Senator Maggie Hassan by eight points, an appalling result for any incumbent, but especially for her in context.

It goes to show just how badly Biden’s performance can drag down politicians who haven’t necessarily done anything on their own to deserve defeat. Just as George W. Bush in 2006 brought down the careers of Robert Ehrlich, Conrad Burns, and Jim Talent, so could Biden bring down the Maggie Hassans of the world.

The poll also shows that Hassan has a negative approval rating, with 48% disapproving and 44% approving. Sununu, in contrast, has 49% approve, 40% disapprove.

North Carolina: Although Democrats so far lack a truly top-tier contender, this race threatens to be the most exciting and potentially rancorous Republican primary contest in the country. Multiple staunch conservatives are facing off, and it has already gotten a bit personal.

Congressman Ted Budd has the Trump endorsement and the backing of the conservative Club for Growth. Congressman Mark Walker, a conservative who had been the first into the race, may be the strongest general election candidate. Former Gov. Pat McCrory is the third man, also well-known and formidable.

Walker and McCrory have both attacked Budd over the controversial bankruptcy of one of his father’s company’s, during which hundreds of farmers on a nationwide basis lost out on a total of about $9 million in payments for their seeds.

Pennsylvania: Sean Parnell, a veteran of Afghanistan, has been all over the media discussing the current disaster of the body administration. As tragic as the events have been, they are exactly what he needs to get his story and his message out to the voters.

Given Trump’s endorsement, he is already in the catbird seat for the Republican nomination. The crowded field of Democrats clawing at him is of course weakened by President Biden’s troubles.