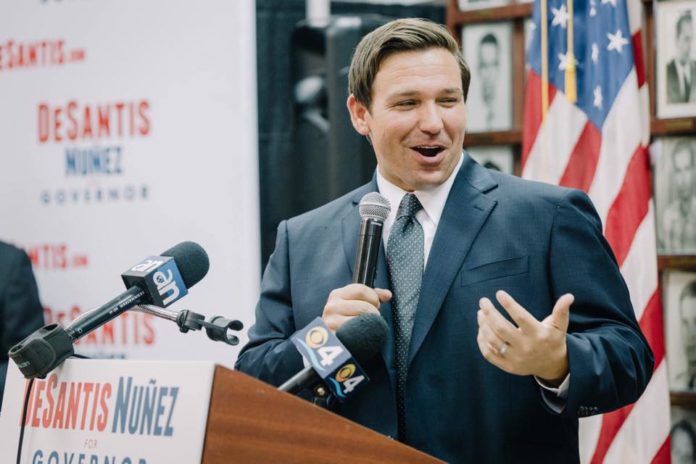 With yet another massive spending package and various inside-baseball issues (what does the Senate parliamentarian say?) dominating Washington’s attention, the national news has shifted its gaze to the saga of New York Gov. Andrew Cuomo, D. If you didn’t know better, you’d be astounded that any leader could fall from grace so quickly. But if you understand how irrational former President Trump made the media, then it isn’t too much of a stretch.

Cuomo, until recently, was extolled as the hero of the coronavirus pandemic. Not only did cable commentators slobber all over themselves praising him, but he literally won a television award for his media availabilities.

This despite the fact — already publicized last spring — that Cuomo had ordered COVID-infected patients back into nursing homes and that his administration was consciously covering up the true number of deaths that had resulted in such institutions.

Meanwhile, in Florida, a governor was getting a very different sort of treatment. Gov. Ron DeSantis, R, was being savaged for refusing to close schools and public spaces such as beaches. He was scolded by commentators and warned that he was putting lives at risk. He was also accused (baselessly) of cooking the books. The context of that conspiracy-theory accusation is telling, by the way. The discrepancy being alleged was actually so small that it would have been insignificant even if this had been a meritorious complaint (which it wasn’t). And once vaccine doses became available, he was even attacked for inviting elderly patients to be vaccinated.

Poetic Justice: Then again, fast forward to today. Florida, despite its larger and more vulnerable (i.e., older) population, kept coronavirus deaths and death rates at a level far below that of New York. DeSantis, according to a new survey from Mason Dixon, has an approval rating above 50 percent in a politically divided state, and easily tops potential Democratic challengers Rep. Charlie Crist (by 11 points) and Agriculture Commissioner Nikki Fried by 9 points.

It’s almost as if the propaganda campaign against DeSantis didn’t work.

Cuomo, on the other hand, is finally facing a reckoning. His approval rating is down to 38 percent, the lowest of his three-term governorship. In Trump’s absence, his nursing home scandal is finally hitting home, and this comes amid multiple salacious accusations from half a dozen women, including former aides, that he sexually harassed them and engaged in unwanted touching.

More than four dozen state legislative Democrats have now called on Cuomo to resign, and national Democratic figures are coming under increasing pressure to do the same. He is beginning to behave in an expectedly paranoid manner — he stands accused of having his public health officials call around the state to gauge the loyalty of local and county officials.

The lesson? Don’t be too cowed by a media extremely hostile to conservatives. The voters are often able to see through the ugly and dishonest press coverage that successful Republican officials like DeSantis are dealt.

DeSantis, the top choice of CPAC-ers in the event that Trump doesn’t run for president in 2024, looks set to emerge from the pandemic unscathed, to win re-election in Florida, and perhaps to mount a serious presidential campaign in which he can probably bank on one of the most contentious swing states.

Sometimes, things really work out when you ignore the press and do the right thing.

California: Democrats remain confident that Gov. Gavin Newsom can survive the current recall effort, even if it makes the ballot. This makes it extremely unlikely that any formidable or noteworthy Democrat will put himself forward to run. After all, it was such a run that probably ended the political career of Lt. Gov. Cruz Bustamante, D, after he put himself on the ballot during the Gray Davis recall of 2003.

But this lack of a prominent Democrat makes it much easier for Republicans to seize the governorship, assuming they can succeed on the first question that will appear on the ballot — that is, whether to recall Newsom. All Republicans need is to unite around one candidate and win a plurality of the vote in what could be a crowded field. They won’t necessarily have to win an absolute majority.

Former President Trump has now encouraged Walker to get into the race, stating that he would be “unstoppable” if he ran. Were he to do so, he would face former Rep. Doug Collins, R, who came up short in last year’s jungle primary for the same seat.

New Hampshire: There are now two recent polls showing Republican Gov. Chris Sununu leading Sen. Maggie Hassan — this time by a rather impressive margin. The new survey, out of Saint Anselm College, shows Sununu leading by six points, 47 to 41 percent. As impressive as that margin is, it is not as important as the fact that Hassan, an incumbent and former governor, would poll at only 41 percent at this point in the cycle. This suggests that she is highly vulnerable and likely to lose if Sununu challenges her.

The earlier poll, from the University of New Hampshire, showed Hassan trailing Sununu by two points at 46 percent at the beginning of this month.

Although both polls point to Hassan being in critical condition, it is important to note that there is no evidence her numbers would suffer this badly in a matchup with anyone besides Sununu. The earlier poll also tested her against former Sen. Kelly Ayotte, R, whom she led by five points, 48 to 43 percent.

Senate Republicans will therefore do whatever they can to get Sununu into the race. As both of the state’s current senators can attest, is a huge convenience to go from New Hampshire governor, up for re-election every two years, the six-year terms of the U.S. Senate.

If Republicans can put this seat into play, it will mean they have legitimate chances of retaking the U.S. Senate next year or at least of keeping it evenly split and once again blocking Democrats’ ambitions for radical changes such as filibuster abolition, nationalization of elections, repeal of the Religious Freedom Restoration Act, packing the federal courts, et cetera.

Ohio: President Trump reportedly wanted to endorse former state party chairwoman Jane Timken for the Senate seat being vacated by Rob Portman, R, but he was talked into waiting. Also vying for Trump’s support is former Treasurer Josh Mandel, R, who received the backing of the conservative Club for Growth last week. Mandel ran unsuccessfully for Senate in 2012 against Sen. Sherrod Brown.