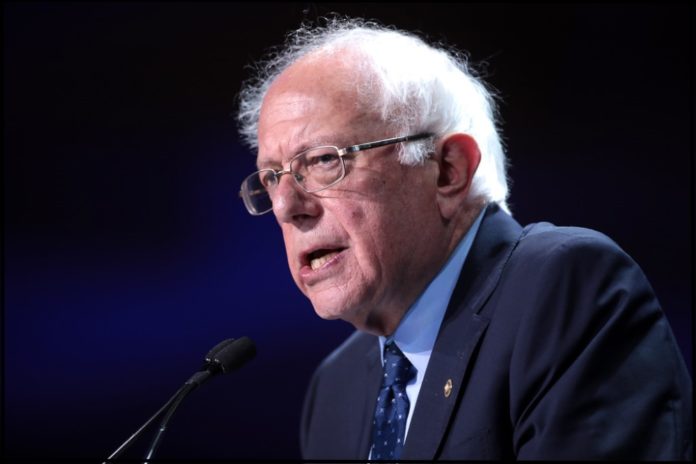 Impeachment: The impeachment trial is over, and President Trump’s acquittal is still just as much of a foregone conclusion as it was before it began. Democrats now angrily accuse Republicans of a cover-up, and that’s probably their best shot politically. But why do Democrats seem so genuinely upset over something that was so obvious all along?

Democrats counted on Trump’s persistent unpopularity as their opportunity. They thought it would allow them to impeach him with a weak and hastily assembled case. They believed this would pressure Republicans to play ball, with dire political consequences if they simply stood by the president and refused to call additional witnesses.

Even after last weekend’s revelations involving John Bolton, Republicans simply refused to take the bait. Their calculation — specifically the calculation of Senate Majority Leader Mitch McConnell — was that they could only be harmed by honoring this impeachment with any degree of seriousness. The Bolton revelations, they reasoned, were not terribly revelatory. Many of them were willing to grant that Trump acted improperly in nudging Ukraine’s president to do something that would benefit him politically. But their point was that it just wasn’t an impeachable offense. Sen. Lamar Alexander, R-Tenn., was one of the late-deciding moderates who voiced that conclusion.

In voting to hear from more witnesses, Sen. Mitt Romney, R-Utah — whose state is among the least pro-Trump Republican states — was storing up treasure in heaven toward a future fight over the Republican Party’s direction. Sen. Susan Collins, R-Maine, was protecting herself in what promises to be a tough election year in a purple state. But all other Republicans stuck together in rejecting this approach. And even Romney and Collins will likely vote to acquit Trump on Wednesday. The other Republicans’ decision allows them to take their stand, even sas the Senate sends this impeachment to the circular file as quickly as possible.

This will be a lot like 1998-1999. As long as the economy remains strong, Republicans will disparage impeachment and treat it like the Democrats’ fever-dream. Bill Clinton became significantly more popular.

But don’t forget — the situation was different then, and it might not all work in Trump’s favor. Republicans still won the 2000 election in spite of their ultimately unpopular decision to impeach Bill Clinton. But of course, Bill Clinton was not on the ballot that year, so it’s a tough comparison to make.

McConnell’s logic is sound. He sees through the idea that impeachment will redound to Democrats’ political benefit.

The pundit class is eager enough to see Trump’s back that they are imputing much more credibility to a purely partisan impeachment than they really should. And if the economy remains strong — an open question — then the chances are good that Trump’s impeachment will, in nine months, sound like it was some dumb person’s bad idea when it happened.

Iowa: The caucuses are tonight, and Bernie Sanders is poised to win. The only question is by how much, and that question will determine just how much damage it will do to frontrunner Joe Biden.

A Biden win in Iowa would cement the nomination for him. A near-win would solidify his position as the inevitable frontrunner and eventual winner. But a brutal loss on an unexpected scale could topple his entire campaign all at once. And Biden is not being helped by the fact that Barack Obama has all but cut him loose.

Already, there are signs that Biden’s campaign is creaking. Even worse than the obvious signs that he is trailing in Iowa is the new poll out of South Carolina — it shows him leading Bernie Sanders but by only five points. Biden is counting on doing okay in the first two states, then winning Nevada and winning big in South Carolina. Instead, he stands to lose badly in Iowa and New Hampshire, tie Sanders or possibly even lose to him in Nevada, and squeak by in South Carolina.

In that event, the Democratic nomination contest could become a fight between Sanders and Mike Bloomberg, whom “Never-Bernie” Democrats would have to back as their last hope.

Never-Bernie: A Bloomberg-Sanders contest could cause the maximum possible damage in the Democratic Party. Already, forces within the Democratic National Committee are moving to block Sanders by changing the rules to empower superdelegates once again. They are also tweaking the rules in order to give Bloomberg a shot at making the debates, even though he lacks the support of donors. From the perspective of Sanders’ supporters, top Democrats are doing everything they can to block their candidate.

This is the core of the “Never-Bernie” movement.

“We survived four years of Trump. Maybe we’ll survive another four years.” That’s how Jim Kessler of the moderate Democratic Third Way think tank, characterized the thinking of a potential “Never-Bernie” movement among Democratic voters. Is it really a thing? It could be. And people on both sides of the divide have a point.

If Sanders is the choice of Democratic voters, then one might expect him to be given the nomination. But in turning off the moderate, suburban voters whom Trump lost for the Republicans, a radical socialist Democratic nominee could dramatically change the course of an election that Democrats have expected to win.

In addition to suburbanites, black voters, who are liberal and Democratic but not socialists, might have reservations about Sanders exceeding even the reservations they had about about Hillary Clinton.  It was inevitable that the black vote for Democrats would fall off after Barack Obama. But black voters are quite conservative in their sensibilities for a Democratic constituency. It might prove a lot easier for blacks to back Hillary than it is to block someone like Sanders. And naturally, anti-Sanders Democrats are working to resurface every possible insensitive thing he has ever said in the past.

Then again, a Democratic Party that is far more “woke” and socialistic than in the past might have the inevitable fate of choosing Bernie over “never-Bernie.” That would be a Democratic variation on a theme that has been consistent in the Trump era. Democrats are embracing open borders, wholly socialized single-payer medicine, and a host of other policies that would have been unthinkable even four years ago. Why shouldn’t their primary voters go all the way and back the socialist candidate for president?

Texas-legislature: Democrats just lost a state-level special election race that says a lot about their power. Former presidential candidate Beto O’Rourke was heavily involved in trying to advance the Democratic nominee as Texas’ 28th House district, which ended in a clean and clear 58 percent victory for Republican Gary Gates in what might have been a pretty close district for Democrats in a better environment.

There had been doubts simply because of the initial jungle-primary result in the special election. Gates, one of many Republican candidates in teh race, won only 28 percent, well behind Democrat Elizabeth Markowitz’s 39 percent. Democrats got their hopes up based on a math error — Markowitz finished first because she was the only Democrat, not because she had a real chance of winning. She got only about 1,300 more votes in the general election than she had in the primary. Gates, in contrast, more than doubled his vote total.

This race had been framed as a referendum on Trump in the suburbs. Democrats would never have promoted such a ludicrous idea if they had realized they were going to lose by so much. It goes to show that, whatever loss of popularity President Trump caused for Republicans in suburban Texas in 2016 and 2018, it might be less lasting than Democrats had hoped. It is a mistake for local politicians there to campaign against him specifically or to turn their races into referenda on Trump.

It is also likely that he has consolidated support over time. Many of the never-Trump or Trump-skeptical Republicans of 2016 have realized at this point that Trump is not the liberal New Yorker they feared. Amid a raging economy and in the absence of new wars, they are warming to him at least enough that a campaign like the one in 2018 cannot win again. They are especially averse to a Democratic Party that is so far to the Left and so quick to play the impeachment card when given the opportunity.