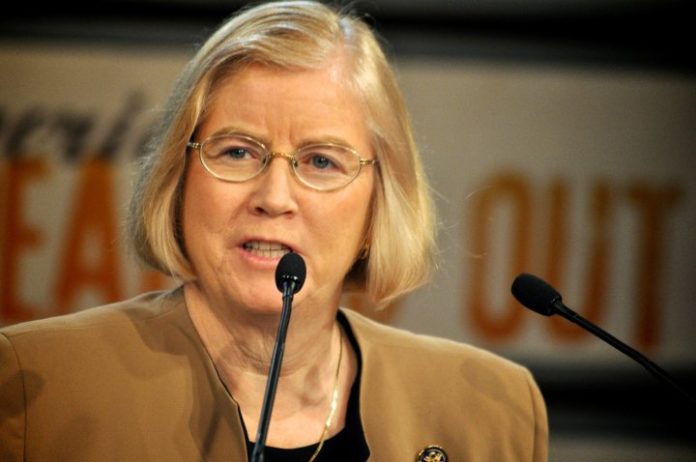 Paul Mitchell’s recent announcement that he would be retiring after just two terms in Congress caught most by surprise.

Immediately after the news first broke, rumblings began about who might run to replace him in MI-10, a district that’s considered a Republican stronghold.

Fast forward two months, and although nobody has announced for the seat, State Representative Shane Hernandez and Brigadier General John D. Slocum are highly speculated to be running.

They first asked likely Republican Primary voters if they would vote for Shane Hernandez or John D. Slocum if the election was held today. The results showed very little separation between the two, with Hernandez receiving 17%, Slocum with 15%, and 68% undecided.

Immediately after, the same question was asked, except their titles, “State Representative Shane Hernandez” and “Brigadier General John D. Slocum” were added in.

The poll found that when voters were provided with this information, Slocum jumps out to a double-digit lead. Slocum came in at 28%, Hernandez 16%, and 57% undecided.

The results are interesting, but not entirely surprising. In today’s political climate, ‘outsider’ candidates are often preferred to politicians. In the pro-Trump 10th District, Hernandez will have an uphill battle if he does run and has to compete with a political outsider.

“When voters realize that Slocum was a general and Hernandez is a state representative, Slocum quickly becomes the frontrunner.  Hernandez is the strongest frontrunner since Jeb Bush,” said John Yob, CEO of Strategic National.

Mitchell’s retirement creates an interesting dynamic, but an endorsement from Mitchell might not move the needle as much as you’d think.

When respondents were asked if they would consider an endorsement from former Congresswoman Candice Miller or current Congressman Paul Mitchell to be more important to earning their vote, and 59% said Miller, while just 41% responded Mitchell.

Based on these findings, her support will be highly sought after in the race. If she does decide to get involved in the primary, it could be critical in winning over undecided voters.