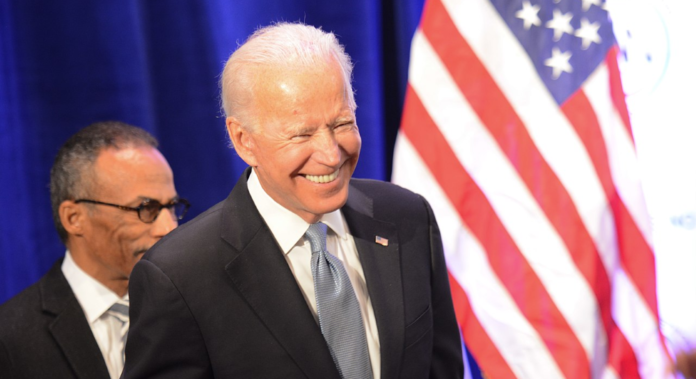 Last week was an eventful one for the Trump presidency. It nearly witnessed a major and violent escalation with Iran. But from a political perspective, the fireworks were of a domestic variety.

Previously, the three B’s — Joe Biden, Bernie Sanders, and Pete Buttigieg — seemed to have all the energy in the 2020 presidential race on the Democratic side. But now two of the three have come under withering fire from leftist critics. And although the polling has not yet changed substantially, we’re still at such an early stage that it may not matter yet. We may be seeing a grand opportunity for Sanders or Elizabeth Warren or even (although it’s doubtful) Sen. Cory Bookerto gain ground and emerge as a top candidate, if not the leader.

In Buttigieg’s case, the positive attention and access to fundraising were both jarred by a police shooting of a black man in the town where he serves as mayor — South Bend, Ind. Buttigieg left the campaign trail to tend to the matter, but managed to offend the decedent’s family and the activists involved. This is not a winning formula for a Democratic candidate.

He wishes he were in Dixie: For Biden — the actual frontrunner — the stakes are much higher, and the adverse stories are much worse. Most of them are also self-inflicted. (As time goes on, you will likely notice that this is a theme with Biden.)

One would think that, having been burned by the intersectional Left for merely saying Mike Pence was a decent guy, Biden would be a bit more careful. Instead, he recollected fondly and then doubled down at a Manhattan fundraiser on his friendly relations with the late Sen. James O. Eastland, D-Miss., an unrepentant segregationist. Further complicating this is the fact that Biden is counting on heavy black support to win in Southern primaries. At the moment, as Obama’s veep, he leads among black voters, and his strategy for winning the primary relies heavily on this demographic, vital to all Democratic primaries.

Biden was reportedly warned by his staff not to talk about Eastland — he has been doing so since at least 2007 — yet he did it anyway. And after he did it, Booker seized the limelight by jumping in to criticize. He was rewarded with further publicity when Biden stupidly defended his remarks. The net result: Relentless negative publicity for Biden, and positive “I’m offended” publicity (at least, it’s positive in Democratic primaries) for Booker. Kamala Harris, though late to the game, has also made sure to get a few words in edgewise. Meanwhile, oppo research was dropped on Biden’s having called Jesse Jackson “boy” during his 1988 presidential run.

Hunter Biden also a liability: Unfortunately for Biden, that’s not all that happened this week to diminish him in the eyes of both primary and general election voters. First, there’s his son’s caddish behavior. He may have a love child on his hands — and that’s from cheating on his late brother’s wife after leaving his own wife for her. Then there’s Hunter’s possibly corrupt foreign activities, which frankly may outlast the other issues.

And of course, Biden himself is gaffe-tastic in a party whose most dedicated ideological voters utterly lack any sense of humor. Biden’s recent promise to cure cancer sounded like a joke someone would make about him, but it was real. His comparison of Trump’s election to the assassination of MLK was bizarre and over-the-top to the point of frightening — perhaps worse for the general public than for the Democrats, though. But left-wing feminists also go nuts over his typical dad-joke advice to young girls (no dates till you’re 30).

General election polls point to Biden as the strongest Democratic competitor to President Trump — possible the only one capable of defeating him, or at least of defeating him decisively. But there’s no guarantee that Biden can survive in the primaries. With the ascendancy of California (primary March 3) as a new early state, and poll numbers possibly driven by nothing deeper than name recognition, his chances may be vastly overrated. It’s time to begin considering what the 2020 race looks like if Warren or even Sanders gets the nomination.

Keep an eye on this week’s debates, where Democrats will be eagerly trying to draw attention to themselves by picking at Biden’s sun-drenched corpse.

GOP: Meanwhile, on the Republican side, Trump appears to have officially dodged a primary challenge. On top of that, he managed to raise $24.8 million on the day he announced — an astounding figure that puts Democrats’ earlier-announced records to shame. It brings to mind a paradox for 2020. Recall that in 2016, Trump managed to defeat Hillary Clinton despite being outspent two-to-one. What happens if he has actual money to work with this time?

Alabama: Not content to hand Democrats a Senate seat for three years, Roy Moore has announced he is running for the nomination again, to hand it to them for another six years. Sen. Doug Jones, D-Ala., wants nothing more than to face Moore, but fortunately for the GOP the perfect storm of establishment corruption and divided opposition will not exist this time, and Moore’s chances of winning a runoff are far less realistic.

Worthy of note: Republicans (including senior Sen. Richard Shelby, R) are even discussing recruiting former Attorney General Jeff Sessions to come back and run for the seat he gave up in 2017 — quite an interesting possibility, given the frosty relations between him and President Trump.

Wyoming: An early filing suggests that former Rep. Cynthia Lummis, R, will run to replace retiring Sen. Mike Enzi in the U.S. Senate. If so, it could pit her against current U.S. Rep. Liz Cheney, R, who is choosing between a move to the Senate and advancing through the ranks of House GOP leadership.