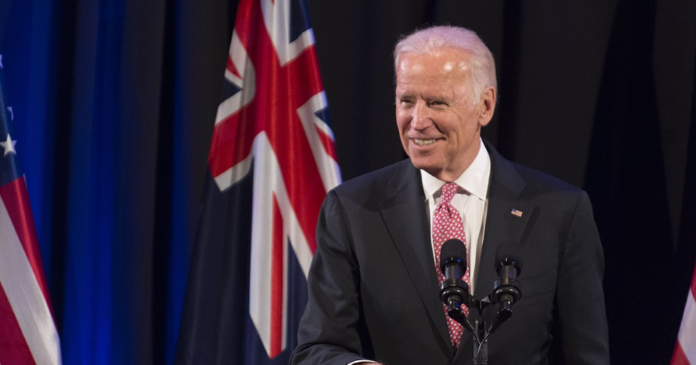 Biden’s cowardice: Bernie Sanders took on the conventional wisdom over the weekend when he declared that if nominated, Joe Biden would lose, giving President Trump a second term.

“Now I understand there are well-intentioned candidates who believe the best way forward is a middle ground strategy that antagonizes no one, that stands up to nobody, and that changes nothing. I in my view, that approach is not just bad policy, but it is a failed political strategy that I fear could end up with the reelection of Donald Trump.”

This comment is obviously self-serving, and again, it certainly clashes with the common orthodoxy. But it was a well-timed assertion, because Biden is beginning to blow what should be a solid lead.

Biden completed a flip-flop-flip last week on the issue of abortion, abandoning positions he had held since the 1970s. It’s a jarring change of position that might just prove Sanders right.

Most Americans, whatever their position on abortion, oppose taxpayer funding for it. As of 2016, majorities of Republican and independent voters supported the Hyde Amendment, which bars such funding in most cases, and Democratic voters were almost equally split on the issue. This position — that abortion should be legal in at least some cases but that taxpayers shouldn’t have to pay for it — has been the fairly consistent position of the median U.S. voter almost since Roe v. Wade.

Until this year, Biden had supported both the Hyde Amendment and the Mexico City policy, which bars taxpayer funds from going to overseas non-profits that promote abortion. In flipping to oppose both in the last 40 days, Biden not only looks ridiculous, but he is embracing a position that most Americans oppose. Yes, it’s true that Democratic primary voters mostly disagree with his position. But this disagreement need not have cost him the nomination. Self-identified Democrats are split almost half and half on this issue, and Biden is facing a field in which nearly all of the other 20-plus Democrats oppose the Hyde Amendment. Why did he give up this pole position? He may have been spooked by an internal poll, in which case the Left is sure to question his sincerity.

This is the point where we need to remember the difference between pre-2008 Joe Biden and the Joe Biden of 2009 and after. Today, Biden is revered as Obama’s veep — trusty old Joe. Senators like him, and he was available to make a crucial deal with Mitch McConnell when Obama couldn’t.

But previously, Biden had been that guy who had everyone in the Senate chamber or committee room rolling their eyes, at least if anyone was listening. It was said that of all the politicians on Capitol Hill, he was among those least capable of going any length of time in a speech without referring to himself. This may be the Biden we’re seeing now — the guy who, when pressured even just slightly by the far Left, prefers to abandon a politically advantageous position in order to avoid a bit of criticism from the Democratic Party’s increasingly extreme hard-core base.

All this is to say that, as much as we like Biden’s chances in the Democratic primary, he is not an invincible candidate. And if he keeps showing himself to be an unprincipled boor, he may well be “vinced” before it’s all said and done.

The latest Des Moines Register poll has Biden leading Sanders by only 8 points, 24 to 16 percent. Elizabeth Warren and Pete Buttigieg are well within the margin of Sanders.

Unions have given up on card-check because it made them look so bad. Although they are making huge demands otherwise (the repeal of right-to-work laws, for example), they have learned not to ask for the provision upon which Republicans successfully soured the nation.

The FCC is finally moving to stop robocalls. It’s frustrating to think this could have been done years ago and wasn’t. Fortunately, Ajit Pai’s FCC has voted to let carriers block such calls, and Pai has started the process of requiring them to authenticate phone numbers of origin so as to prevent spoofing.

Montana: Rep. Greg Gianforte, R, officially announced Friday that he’s running for governor of Montana. His decision sets off a game of musical chairs, since it also opens up his House seat. He will also be facing a number of other Republican candidates in the primary, including most prominently Attorney General Tim Fox, who had announced his candidacy the day before.

Gianforte ran and failed to win the governorship in 2016, coming up 20,000 votes short against incumbent Gov. Steve Bullock, D, despite spending more than $5 million of his own money. This time, Bullock is term-limited (and at least nominally running for president), so the Republican nominee will be running for an empty seat.

When Gianforte subsequently ran for and won the state’s at-large House seat, he had an incident that many observers believed would prevent him from advancing to the position he had long sought. He managed to win his House race in spite of his physical confrontation with Guardian journalist Ben Jacobs — for which he later had to plead guilty to a misdemeanor. The thinking was that this would preclude another run for governor, but Gianforte seems undaunted. He won his 2018 re-election race by about 23,000 votes.

Greenfield is best known in politics for her abortive 2018 campaign for U.S. House, in which she was thrown off the primary ballot and her campaign manager was arrested for ballot petition fraud. Her endorsement is not stopping J.D. Scholten — who narrowly lost to Rep. Steve King, R, in 2018 — from running his own campaign.

Michigan: Businessman and combat veteran John James has made his choice: Instead of running for a House seat, he will run again for Senate, this time against junior Sen. Gary Peters, D.

James held Debbie Stabenow to a respectable 52 percent in his 2018 run, despite starting off as a relative unknown and raising only about half as much money as she did. There probably won’t be a primary — he already has the full backing of the Senate Conservatives Fund. He’s still an underdog, but this time he’s a better-known underdog with more fundraising potential than last time around. That makes James as good a candidate as anyone Michigan Republicans have fielded for Senate in the last 20 years.

This is not a seat that Republicans are expected to win. But obviously they’d love to put it into play, killing off whatever chances Democrats have of taking over the Senate in 2020.